Two people were killed and more than a dozen others were injured when a Megabus on its way to Philadelphia overturned on the New Jersey Turnpike Tuesday night.

State Police said the double-decker bus was driving south in the left lane when it crashed into a Ford pickup truck that was driving in the left-center lane. The bus driver lost control and hit the Ford, at which point the bus went off the road, hitting a guardrail and overturning.

There were 22 passengers and one driver on the bus that was on its way to Philadelphia from New York City, State Police said. 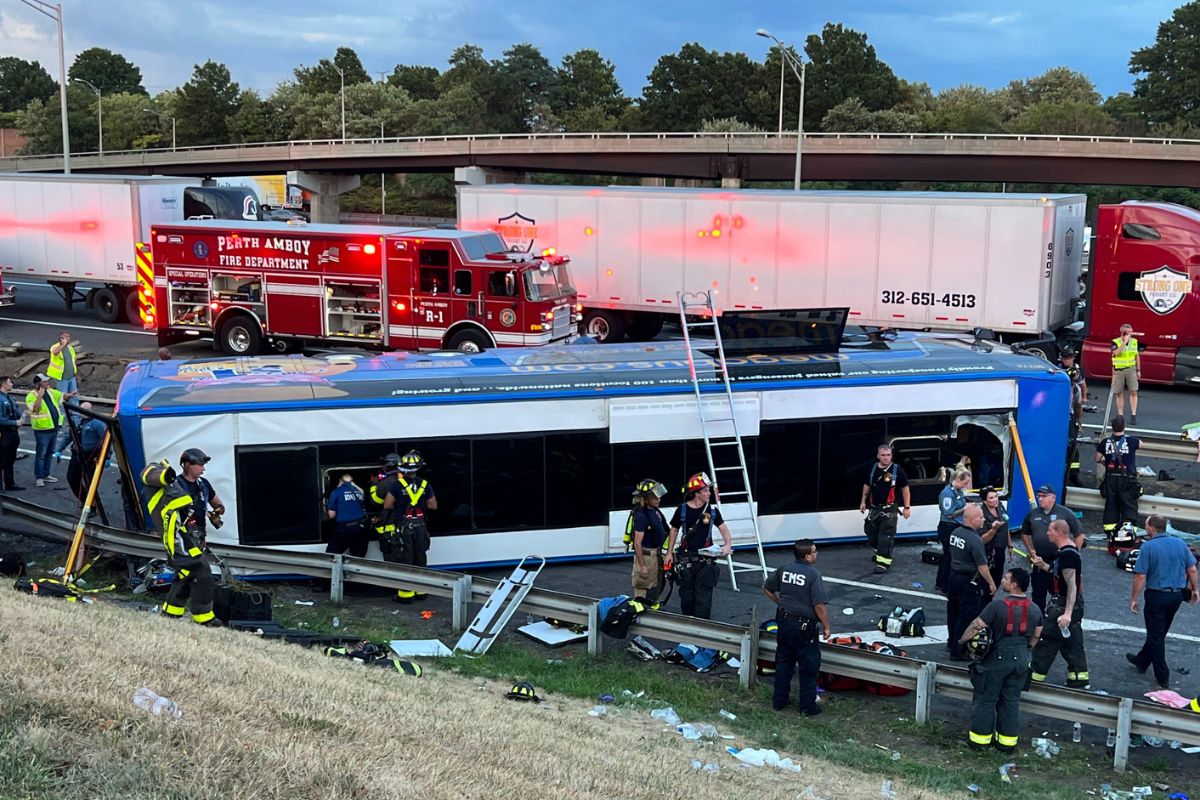 Cheryl Johnson, 59, from the Bronx, New York, and Cecilia Kiyanitza, 66, from Woodbury, New York, were the two people who died. Johnson was pronounced dead at the scene, and Kiyanitza was taken by helicopter to a nearby hospital where she was later pronounced dead.

The driver of the bus, a 56-year-old man from Westville, Gloucester County, was one of those who suffered serious injuries. The driver of the Ford pickup truck was unharmed. State Police continue to investigate the crash.

Yellowstone Season 5: Everything to Know About the Cast,…