According to Reports, the Suspected Dallas Airport Shooter Informed Officers She Was Chris Brown’s Wife!

The woman who opened fire in a Texas airport this week had once claimed to be “God’s prophet” married to singer Chris Brown — and has been repeatedly freed from jail for a series of alarming crimes after being found mentally unfit to stand trial, according to a report.

Portia Odufuwa, 37, remained in a hospital Tuesday morning after being shot and wounded by cops as she opened fire inside Dallas Love Field airport on Monday, police said.

Shocking videos caught passengers screaming and ducking for cover after Odufuwa fired several shots upon emerging from an airport bathroom where she had gone to get changed, according to cops.

According to the Committee, Trump Removed a Sentence From His Address Regarding Prosecuting Jan. 6 Rioters!

Records looked at by the Dallas Morning News showed that Odufuwa was free even though he had a long history of mental illness and serious crimes like bank robbery and arson.

Affidavits show that she has given police the home address of Rihanna’s bad-boy ex-boyfriend Brown more than once, telling them she lived there with the “Run It!” singer and calling him her “husband.” 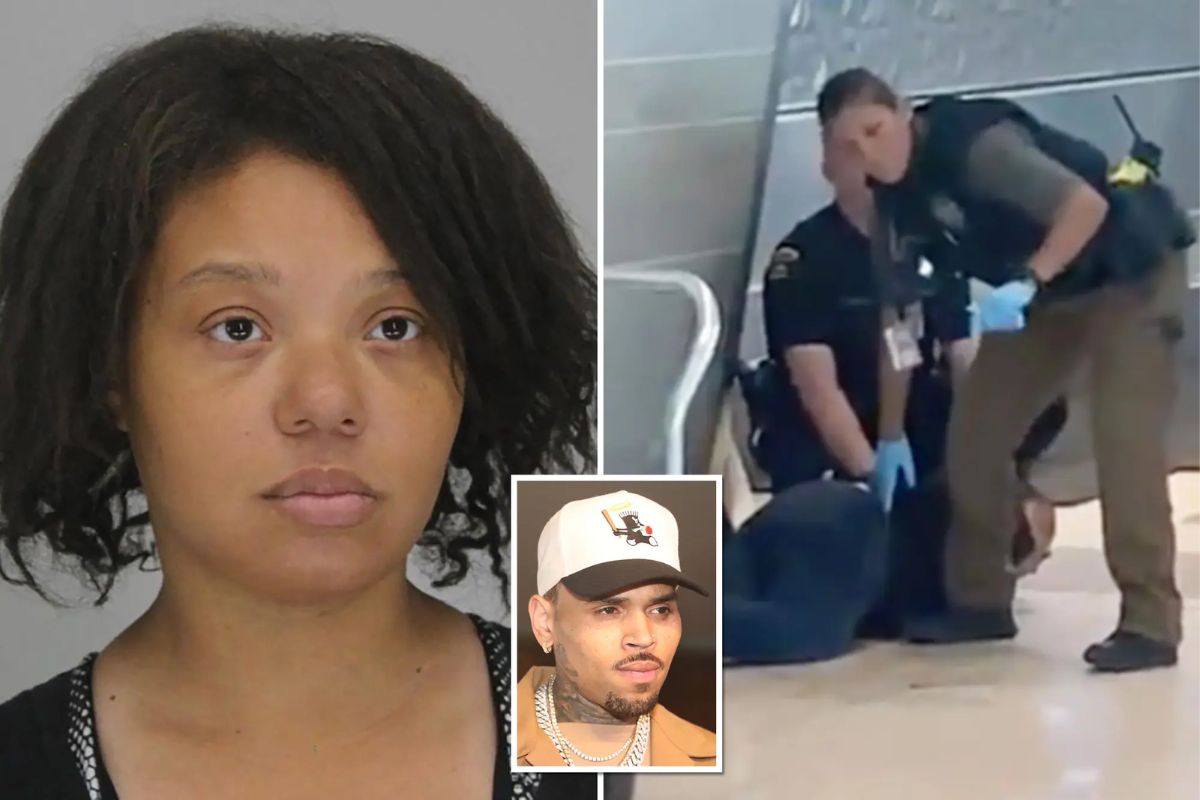 In October 2019, Odufuwa was found staring at a burning house in Mesquite — telling cops that she was “responsible,” the paper noted, citing the arrest warrant.

“I am God’s prophet … I’m basically letting you all know that I am the cause of this fire,” she told cops, according to the records.

The house had already been damaged by two fires, so the owner wanted to press charges.

District Attorney John Creuzot told the Morning News that charges were not brought against Odufuwa, even though he was said to have confessed because there was not enough scientific evidence.

At the time, she was only free because she had been found incompetent to stand trial for allegedly robbing a bank in April 2019, the paper said. The case was dismissed and Odufuwa reportedly underwent both inpatient and outpatient treatment.

The end of the most recent case mentioned in the report, which happened in June of last year, was almost the same.

Dallas County Judge Kristin Wade said Odufuwa wasn’t able to stand trial for a misdemeanor charge of pulling a fire alarm, but she wasn’t a threat to the public either.

The case was dropped and the disturbed suspect was merely referred to outpatient mental health services, the paper said.

The Morning News said it wasn’t clear what Odufuwa’s mental health diagnosis was that made her unable to stand trial, and it could have changed since her last case. The judge could not be reached, the news source said.

According to the Committee, Trump Removed a Sentence From His Address Regarding Prosecuting Jan. 6 Rioters!

Did Jason Hawk Pass Away? He Was Famous Cast for The…