Police announced a breakthrough Tuesday in the killings of four Muslim men in Albuquerque, New Mexico, charging a man from Afghanistan — himself a Muslim — with two of the slayings and identifying him as a prime suspect in the other killings that put the entire community on edge.

Muhammad Syed, 51, was taken into custody a day earlier after a traffic stop more than 100 miles away, authorities said.

Three of the four ambush shootings happened in the last two weeks. Police Chief Harold Medina said it was not clear yet whether the deaths should be classified as hate crimes or serial killings or both.

Investigators received a tip from the city’s Muslim community that pointed toward Syed, who has lived in the U.S. for about five years, police said.

Police were looking into possible motives, including an unspecified “interpersonal conflict.”

When asked specifically if Syed, a Sunni Muslim, was angry that his daughter married a Shiite Muslim, Deputy Police Cmdr. Kyle Hartsock did not respond directly. He said, “motives are still being explored fully to understand what they are.”

Ahmad Assed, president of the Islamic Center of New Mexico, acknowledged that “there was a marriage,” but he cautioned against coming to any conclusions about the motivation of the suspect, who he said attended the center’s mosque “from time to time.” 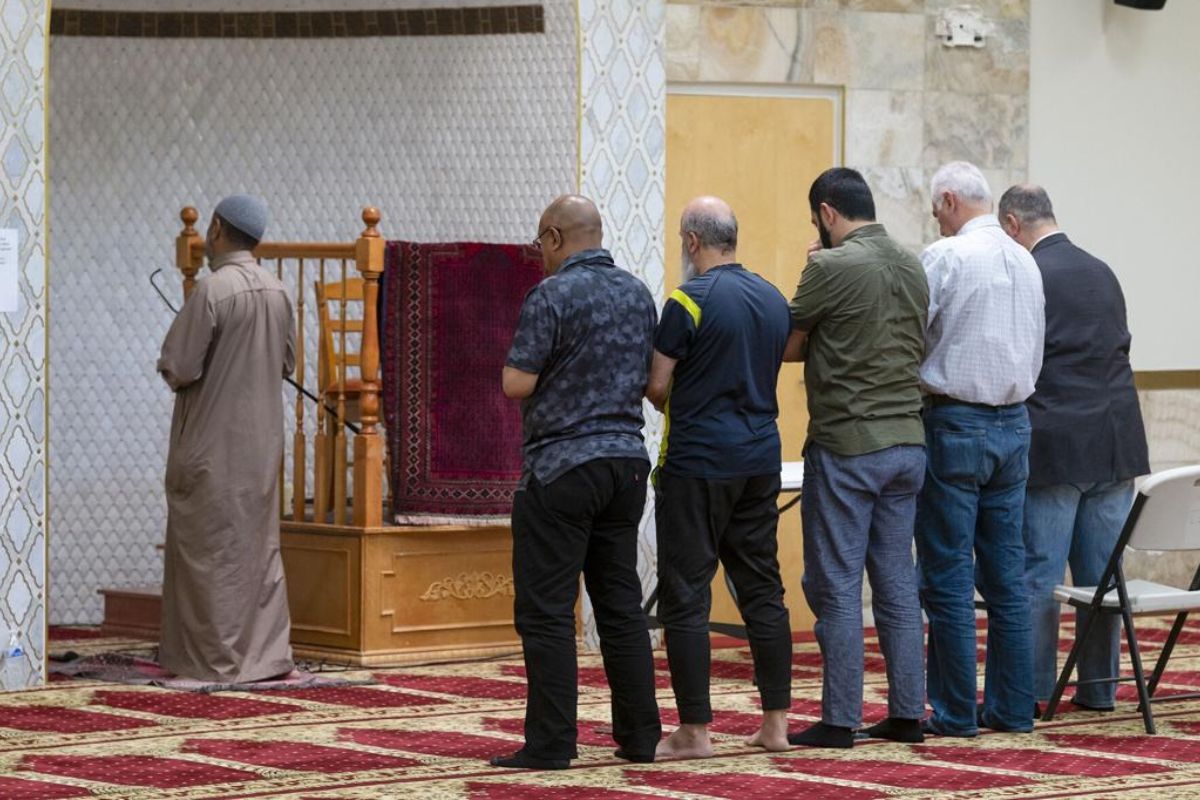 “Knowing where we were, you know, a few days ago to where we are today is an incredible sigh of relief that we’re breathing,” he said. “Lives have been turned upside down.”

The exact nature of the relationships between Syed and the victims – and the victims to one another – remained unclear. But police said they continue to investigate how they crossed paths before the shootings.

The slayings drew the attention of President Joe Biden, who said such attacks “have no place in America.” They also sent a shudder through Muslim communities across the U.S. Some people questioned their safety and limited their movements.

When told about the arrest before the suspect’s identity was made public, Muhammad Imtiaz Hussain, brother of one of the victims, Muhammad Afzaal Hussain, said he felt relieved but needed to know more about the assailant and the motive.

“This gives us hope that we will have (the) truth come out,” he said. “We need to know why.”

It was not immediately clear whether Syed had an attorney who could speak on his behalf.

A 25-year-old man from Pakistan named Naeem Hussain was killed on Friday night. Muhammad Afzaal Hussain, 27, and Aftab Hussain, 41, who were also from Pakistan and went to the same mosque, died just a few days before him.

The earliest case involves the November killing of Mohammad Ahmadi, 62, from Afghanistan.

For now, Syed is charged in the killings of Aftab Hussein and Muhammad Afzaal Hussain because bullet casings found at the crime scenes were linked to a gun found at his home, authorities said.

Investigators think that Syed is the most likely person who killed Naeem Hussain and Ahmadi, but they have not yet filed charges in those cases.

Police said they were about to search Syed’s Albuquerque home on Monday when they saw him drive away in a Volkswagen Jetta that investigators believe was used in at least one of the slayings.

Officers followed him to Santa Rosa, about 110 miles east of Albuquerque, where they pulled him over. Multiple firearms were recovered from his home and car, police said.

Syed’s sons were questioned and released, according to authorities.

Prosecutors expect to file murder charges in state court and are considering adding a federal case, authorities said. After Sunnis, Shiites are the second largest group in Islam.

“Muhammad was kind, hopeful, optimistic,” she said, describing him as a city planner “who believed in democracy and social change, and who believed that we could build a brighter future for our communities and our world.”

Till Then, Keep yourself Updated with all the latest news from our website Journalworldwide.