After a Series of Tremors, a Volcano Near Iceland’s Main Airport Erupts Once More!

The Icelandic Meteorological Office told people not to go near the Fagradalsfjall volcano, which is about 32 kilometers (20 miles) southwest of the capital, Reykjavik.

The eruption is in a valley with no people in it. It is not far from Keflavik Airport, which is Iceland’s main airport for international flights. The airport stayed open, and there was no trouble with any flights.

During a Brutal Cross-examination, an Attorney for the Sandy Hook Family Shows How Dishonest Alex Jones is!

A live video feed from the site showed magma spewing from a narrow crack about 100 to 200 meters long over a field of lava from last year’s eruption, which was the first on the Reykjanes Peninsula in almost 800 years.

Scientists expected a volcano to erupt somewhere on the peninsula after a series of earthquakes last week showed that a volcano was close to the crust.

Volcanologist Magnus Tumi Gudmundsson told The Associated Press that the eruption appeared to be small. 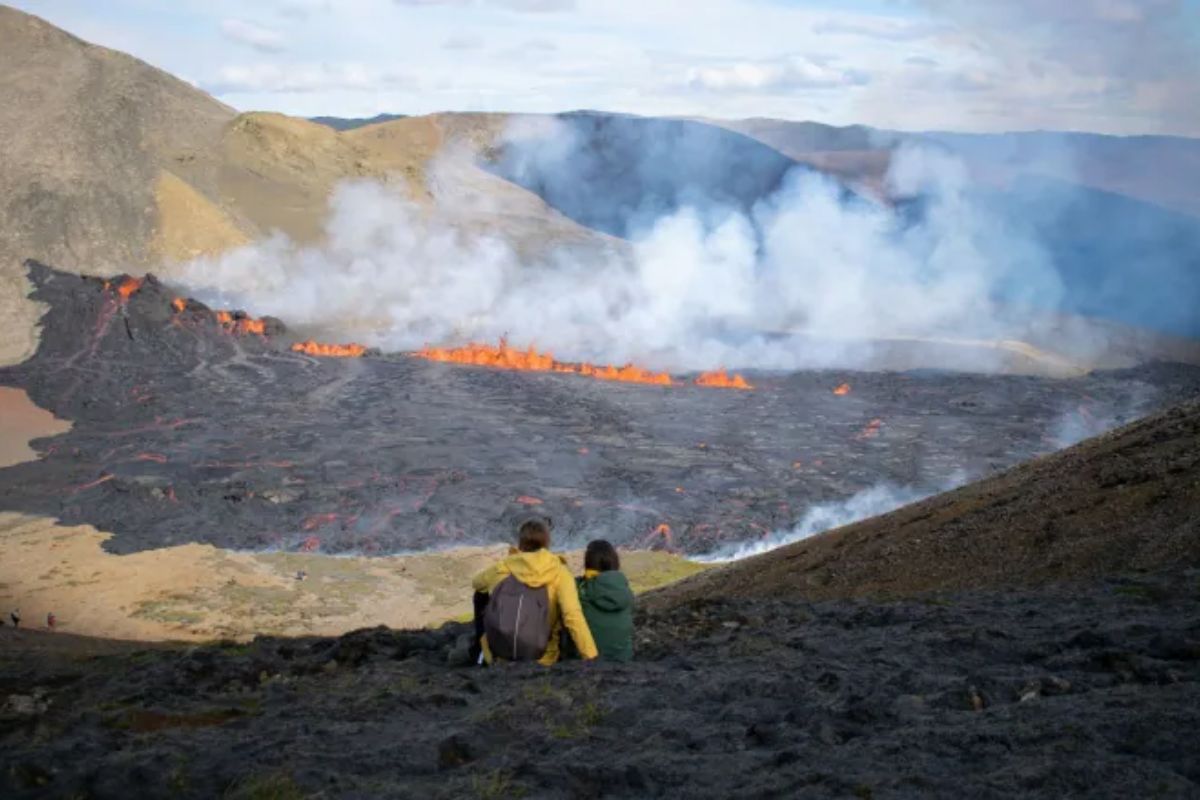 “But we don’t know where in the process things are at,” he said as he boarded a helicopter for a first look.

When the volcano erupted in the same place in 2021, it sent out beautiful lava flows for several months. People came in the hundreds of thousands to see the amazing sight.

Iceland is above a volcanic hotspot in the North Atlantic, so every four to five years, an eruption happens there.

In recent years, the eruption of the Eyjafjallajokull volcano in 2010 caused the most trouble. It sent clouds of ash and dust into the air, which stopped flights between Europe and North America for days out of fear that the ash could damage jet engines. Millions of people were stuck because more than 100,000 flights had to be cancelled.

When the news of the eruption came out on Wednesday, shares of Icelandair, the country’s largest airline, went up by 6%. Investors and people who live on the peninsula were both scared by the idea of a much bigger eruption in a populated area.

Till Then, keep Yourself updated with all the latest news from our website Journalworldwide.

During a Brutal Cross-examination, an Attorney for the Sandy Hook Family Shows How Dishonest Alex Jones is!

WHY UPLOAD SEASON 2 ONLY HAS SEVEN EPISODES EXPLAINED BY…