Air Traffic Authorities Say, the Co-pilot ‘jumped’ From the Jet!

A 911 call from air traffic controllers suggests that a co-pilot may have jumped from a damaged plane before the other pilot made an emergency landing in North Carolina, according to a recording of the call that was released Tuesday.

It’s been unclear exactly how or why Charles Hew Crooks, 23, exited the small cargo plane on Friday afternoon about 30 miles (48 kilometers) south of Raleigh-Durham International Airport. He did not have a parachute, and his body was found in a backyard in the town of Fuquay-Varina.

Two unnamed Federal Aviation Administration employees can be heard telling a 911 dispatcher that the plane was heading to the airport. The pilot onboard had told them that his co-pilot had “jumped out of the aircraft,” news outlets reported. 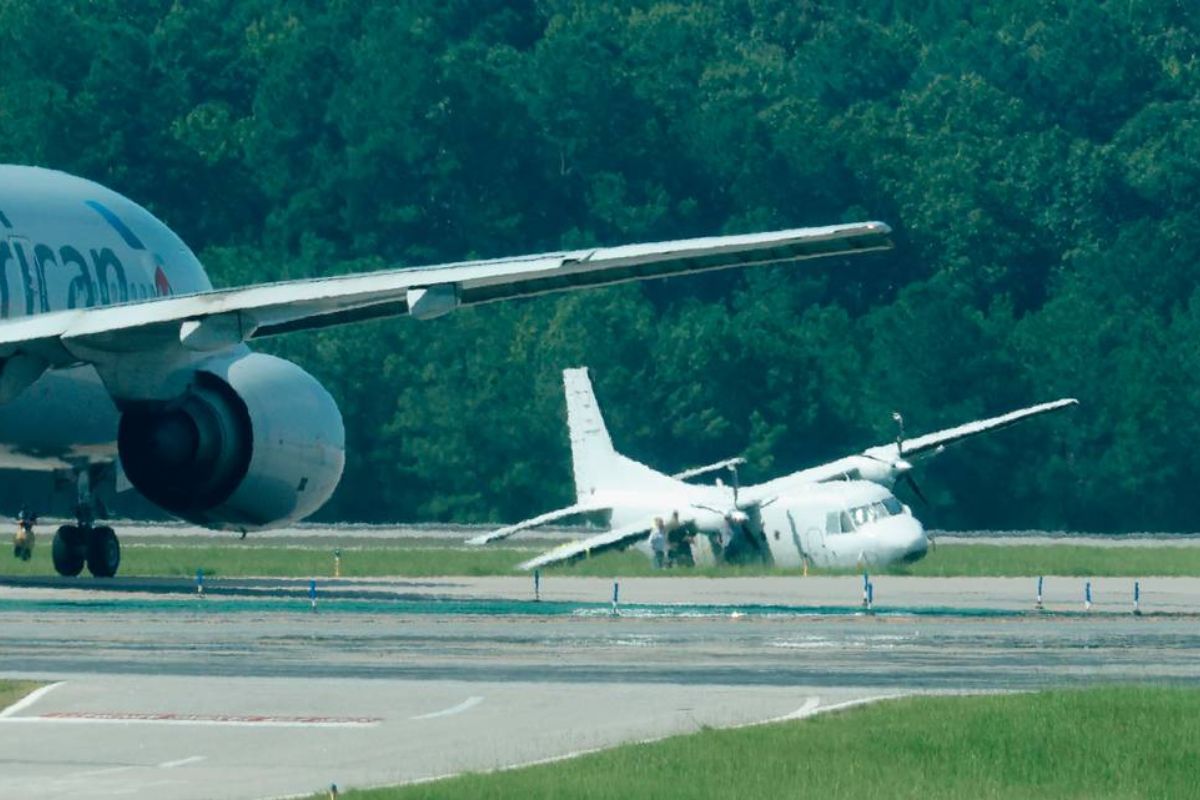 “We have a pilot that was inbound to the field,” a controller told the 911 dispatcher, according to WRAL. “His co-pilot jumped out of the aircraft. He made an impact to the ground and here are the coordinates.”

The call lasted about 13 minutes, and the controllers said several times that the co-pilot had jumped.

Darshan Patel, who is in charge of operations for Wake County Emergency Management, said that the first 911 call led to the search for Crooks.

According to what the National Transportation Safety Board has learned so far, the landing gear and fuselage of the plane were severely damaged. Investigations are still going on.