Arizona candidate Kari Lake sues election: The campaign of defeated Republican Arizona gubernatorial candidate Kari Lake has filed a lawsuit against Maricopa County and its election officials, demanding that they respond to the campaign’s public records requests about Election Day malfunctions before the county certifies its vote canvass on Monday.

Maricopa County, which encompasses the Phoenix area and accounts for roughly 60% of Arizona’s population, has become the epicenter of election challenges this cycle, and the Lake campaign’s first post-election-day lawsuit.

County election officials acknowledge printer malfunctions at some vote centers on Election Day, but insist that residents had multiple ways to vote for counting.

Lake’s campaign filed two public records requests with the county last week, seeking more information about the issues and the number of voters affected, and the suit asks a state judge to order officials to produce the documents before the certification meeting on Monday.

“Under the circumstances presented, this deadline (or its substantial equivalent) is required to ensure that vital public records are furnished promptly and those apparent deficiencies can be remedied before canvassing of the 2022 general election,” the complaint states. 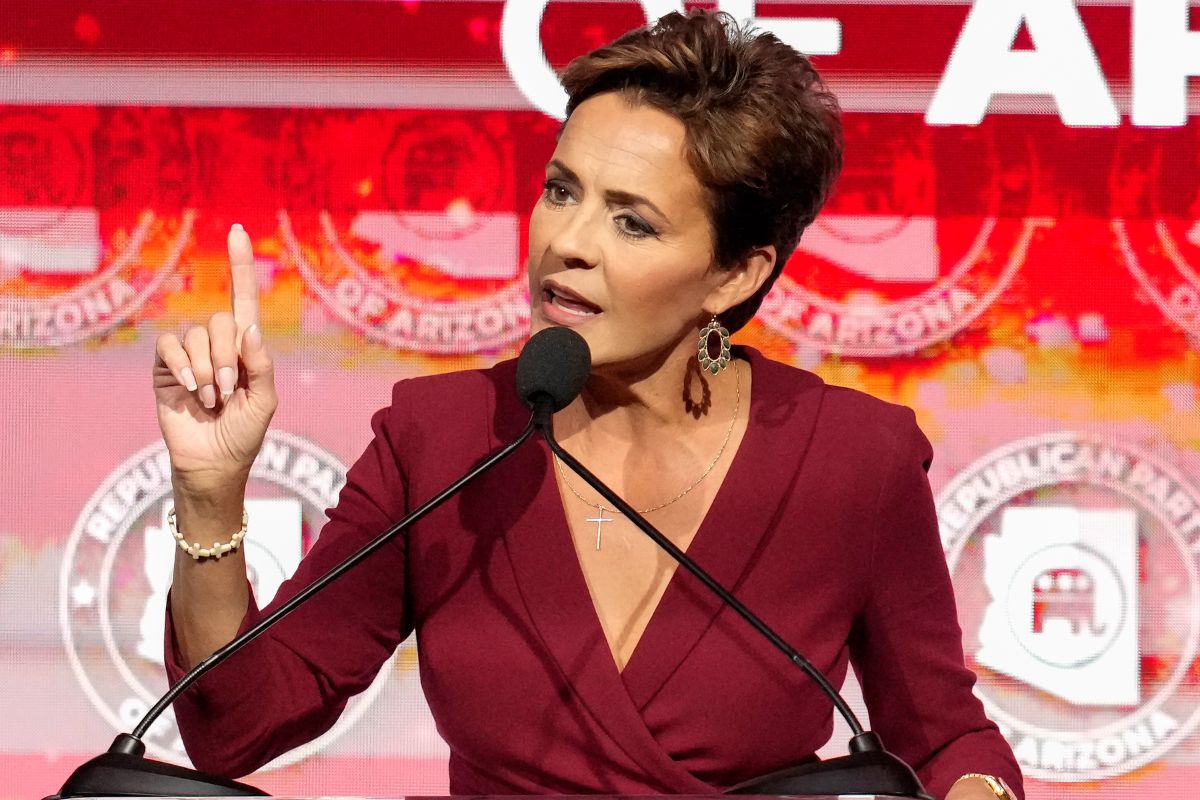 Arizona Secretary of State Katie Hobbs was declared the winner of the gubernatorial race last week and leads Lake, who has refused to concede, by about 17,000 votes. Since the election, Lake and other GOP nominees have railed against Maricopa officials, calling them “incompetent” and claiming that malfunctions resulted in voter disenfranchisement.

Prior to Election Day, Lake, a prominent defender of former President Trump’s false 2020 election fraud claims, declined to say whether she would accept the election results if she lost.

The recent criticisms largely focus on ballot printers in Maricopa that used ink too light for tabulators to read. Election officials insist voters could wait in line until the issue was solved, cast a ballot at another vote center, or deposit their ballot in a separate box for tabulation later, known as “door 3.”

Lake’s campaign claims that some of the affected voters’ ballots will not be counted due to improper checkout procedures and ballot commingling. Because of the issues, the Lake campaign and a Republican coalition asked a state judge to extend voting in the county on Election Day, but the judge denied the motion, saying he had seen no evidence that anyone was denied the right to vote.

Lake’s new lawsuit, based on declarations from voters and poll workers, claims that the printer issue affected 118 of the county’s 223 vote centres, a higher number than the county’s suggested 70 affected locations, among other claims. Although the suit does not seek a delay in Maricopa’s certification, Lake’s attorneys argued that the reports the campaign received from voters meet the legal requirements.

The county is scheduled to certify the election on Monday the state’s deadline for counties to do so unless “missing” ballot returns are discovered and officials have promised to respond to a separate request from Arizona Attorney General Mark Brnovich (R) demanding information about the issues prior to the meeting.

The Republican nominee to succeed Brnovich, who is trailing his Democratic opponent by 510 votes out of more than 2.5 million ballots cast, formally contested his election result on Tuesday alongside the Republican National Committee, in advance of an expected recount.