Arizona’s Republican Governor: Arizona’s Republican governor, Doug Ducey, congratulated his Democratic successor, Katie Hobbs, on Wednesday after Republican candidate Kari Lake refused to concede the race. Last week, Hobbs was declared the winner of the high-profile race for governor. On Wednesday, Ducey met with her and gave her his full support to start the transition, despite GOP claims that voters were not given the chance to vote.

“Today I congratulated Governor-elect Katie Hobbs on her victory in a hard-fought race and offered my full cooperation as she prepares to assume the leadership of the State of Arizona,” Ducey said in a statement. “My administration will work to make this change as smooth and easy as possible,” he said. “It is our job to make sure that Arizona’s 24th Governor and her team can get off to a great start and keep our state’s amazing momentum going.”

Lake, who is a friend of former President Trump, has refused to give up the race, even though Hobbs is ahead of her by about 17,000 votes, which is more than the number that makes a recount happen automatically. Prior to the election, the Arizona Republican declined to say she would accept the results of the race on multiple occasions. Ducey in 2020 had drawn Trump’s ire after refusing to overturn the 2020 election results in the state. 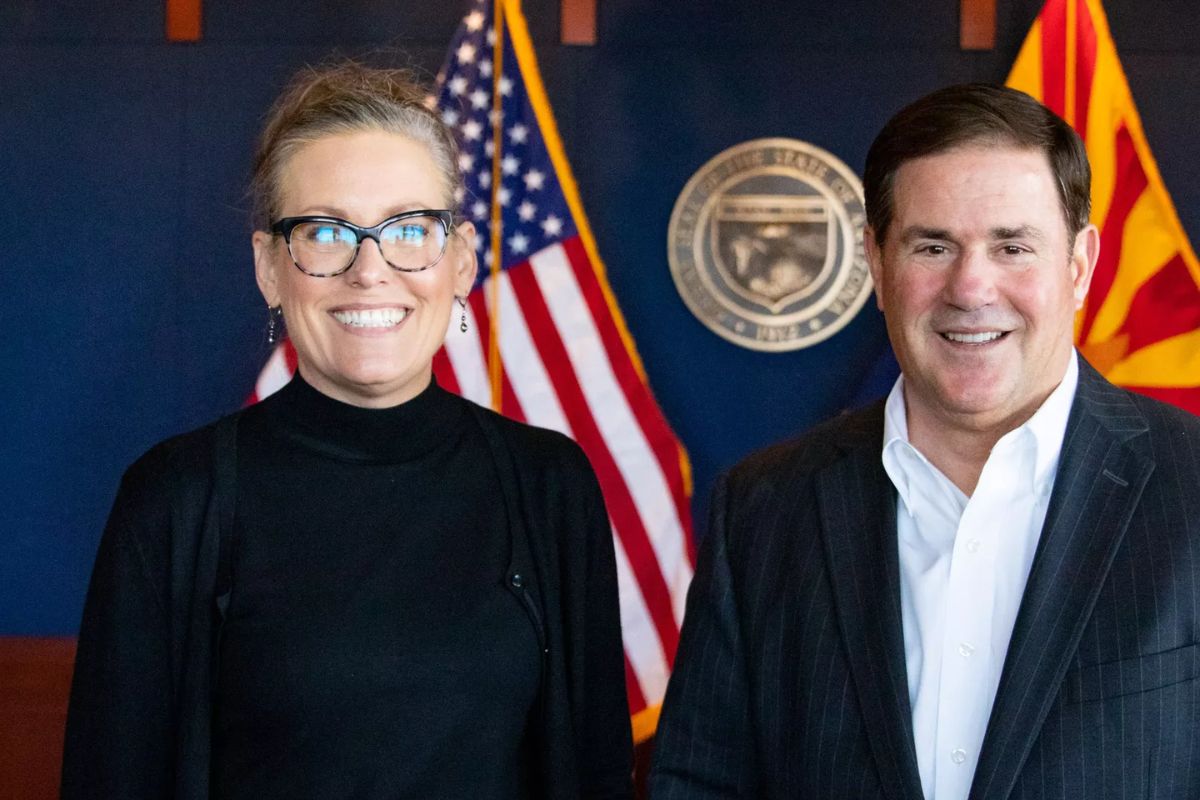 “All of us have waited patiently for the democratic process to play out,” Ducey said. “The people of Arizona have spoken, their votes have been counted and we respect their decision. No matter who we voted for, all of us have a stake in Arizona’s success. Our future is bright and boundless. Let us never forget that as we begin this next chapter in our state’s history.”

Lake and others have criticised printer problems on Election Day in Maricopa County, which includes the Phoenix area and is Arizona’s most populous county. County election officials said that printer problems happened at 70 polling places, but they insisted that those people still had multiple ways to vote. They said that the problem affected 7% of people who voted on Election Day.

But Lake has posted a series of videos from Maricopa voters who are worried about the voting process. Many of these voters did not, however, say that they were not allowed to vote in the end. The Republican National Committee joined Arizona’s attorney general nominee in contesting the results of his race in a lawsuit on Tuesday evening, although that contest is separated by a far smaller margin of just 510 votes.