Armed guards a fixture: Armed guards were stationed outside the marijuana cultivation operation in rural Oklahoma, where four people were executed. The letter carrier “We were met with guns pretty much all the time,” Jack Quirk, owner of the local newspaper All About Hennessey, told The Associated Press on Wednesday. “Why are there guards in the first place?” What’s the deal if it’s a legitimate farm?”

The suspect in the weekend killings, Wu Chen, was taken into custody by Miami Beach police and taken to the Miami-Dade County Detention Center, according to the Oklahoma State Bureau of Investigation. He was arrested “after a car tag reader flagged (the) vehicle he was driving,” the bureau said. The suspect will be charged with murder and shooting with intent to kill and faces extradition to Oklahoma. No attorney has been assigned to him yet.

The victims, three men and one woman, all Chinese citizens, were shot dead and “executed” on the 10-acre (4-hectare) property west of Hennessey, a town about 55 miles (90 kilometers) northwest of Oklahoma City, according to authorities. A fifth victim, a Chinese national, was injured and taken to an Oklahoma City hospital.

The survivor had been shot twice, said Quirk, who showed up when crews were setting up a landing zone for a medical helicopter and watched them load up the man. The victims had not yet been identified publicly, and officials were still working to notify next of kin, police said. “The suspect was inside that building for a significant amount of time before the executions began,” OSBI said in a news release earlier Tuesday. “Based on the investigation thus far, this does not appear to be a random incident.” 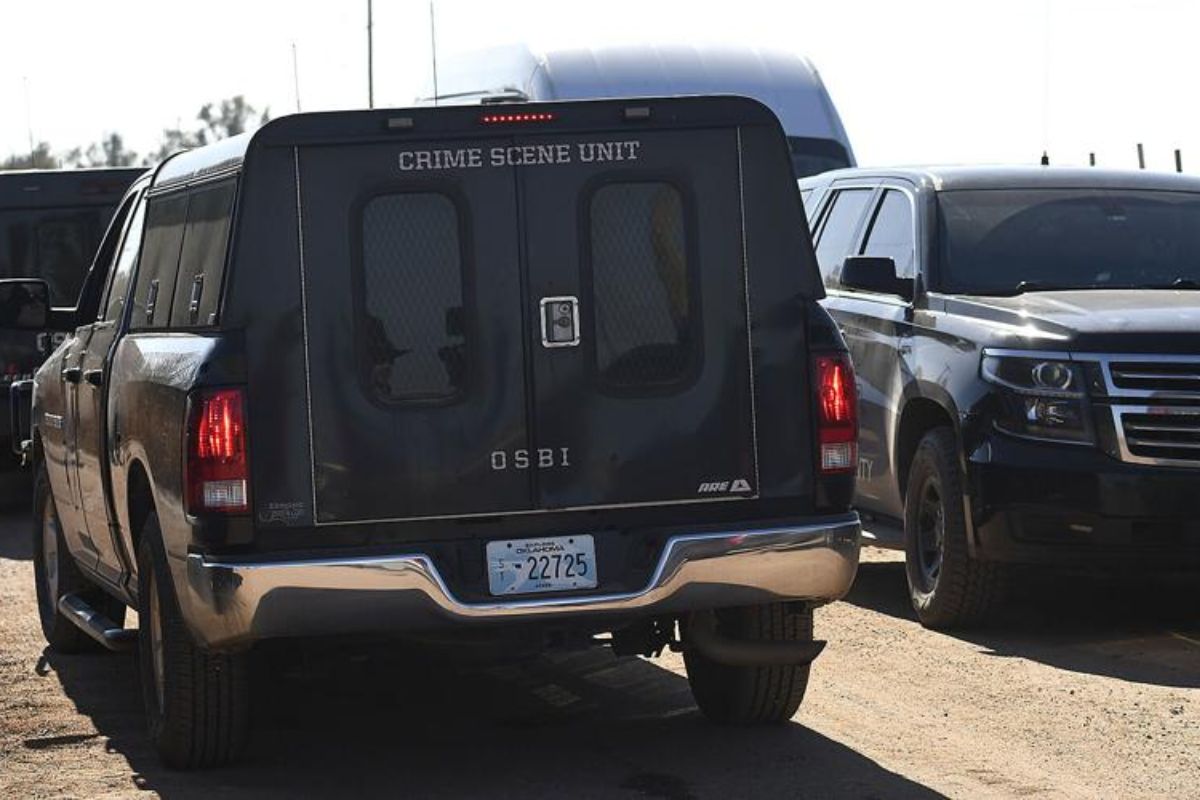 Oklahoma voters legalized medical marijuana in 2018, and the industry grew quickly as a result of an open-ended law that imposed fewer restrictions than in other states. Voters will decide whether to legalize recreational marijuana use in March.

“They weren’t prepared for what comes along with this stuff,” he said. “This particular facility is a great example of that they were doing questionable things that the neighbors feel weren’t checked on.”

He said the majority of the workers spoke no English and he never saw them off of the property. That has led locals to raise concerns about the working conditions, Quirk said. Porsha Riley, spokeswoman for the Oklahoma Medical Marijuana Authority, said there is an active license for a medical marijuana grows business at the location.

The business was put up for sale earlier this year for just under a million dollars. According to the listing, it has several thousand square feet of indoor grow space as well as two separate living quarters. The listing agent for the property, Tami Amsler-ZumMallen, stated that the listing had expired. She stated that the brokers had instructed her not to comment.

In recent years, the Oklahoma Bureau of Narcotics and Dangerous Drugs Control has targeted criminal marijuana cultivation and trafficking for the black market. However, agency spokesman Mark Woodward stated on Tuesday that it was too early to say that was the focus of this investigation. None of the 14 marijuana growing operations in the Hennessey area responded to emails from The Associated Press, and officials refused to say which one was responsible for the shootings.

The deaths at the marijuana farm were Oklahoma’s third mass killing in less than a month. Six children were killed in a suspected murder-suicide in the Tulsa suburb of Broken Arrow on Oct. 27, and the bodies of four missing men were discovered dismembered in an Oklahoma river on Oct. 14.

The United States has had 40 mass killings this year, according to a database maintained by The Associated Press, USA Today, and Northeastern University. Six people were killed in a Walmart break room in Virginia last week, and five more were killed at a Colorado Springs gay nightclub. A mass killing is defined by the database as at least four people killed, not including the killer. Hollingsworth contributed reporting from Mission, Kansas. Jill Bleed in Little Rock, Arkansas, Adam Kealoha Causey in Dallas, and Peter Orsi in Denver contributed to this report.