Becca Balint, the leader of Vermont’s state Senate, won the Democratic Party primary for the state’s only seat in the U.S. House of Representatives on Tuesday. If elected, she would be the first woman and the first openly gay person to represent Vermont in Congress.

In deep-blue Vermont, it’s likely the Democratic candidate will also clinch the general election in November. A win by Balint, who is white, would help erase what some consider to be the blot on the liberal state’s reputation of only being represented by white men.

Balint garnered support from the progressive wing of the state party, including the independent Sen. Bernie Sanders, and national progressive leaders such as Rep. Pramila Jayapal of Washington, chair of the Congressional Progressive Caucus. Balint had campaigned with Sanders late last month. 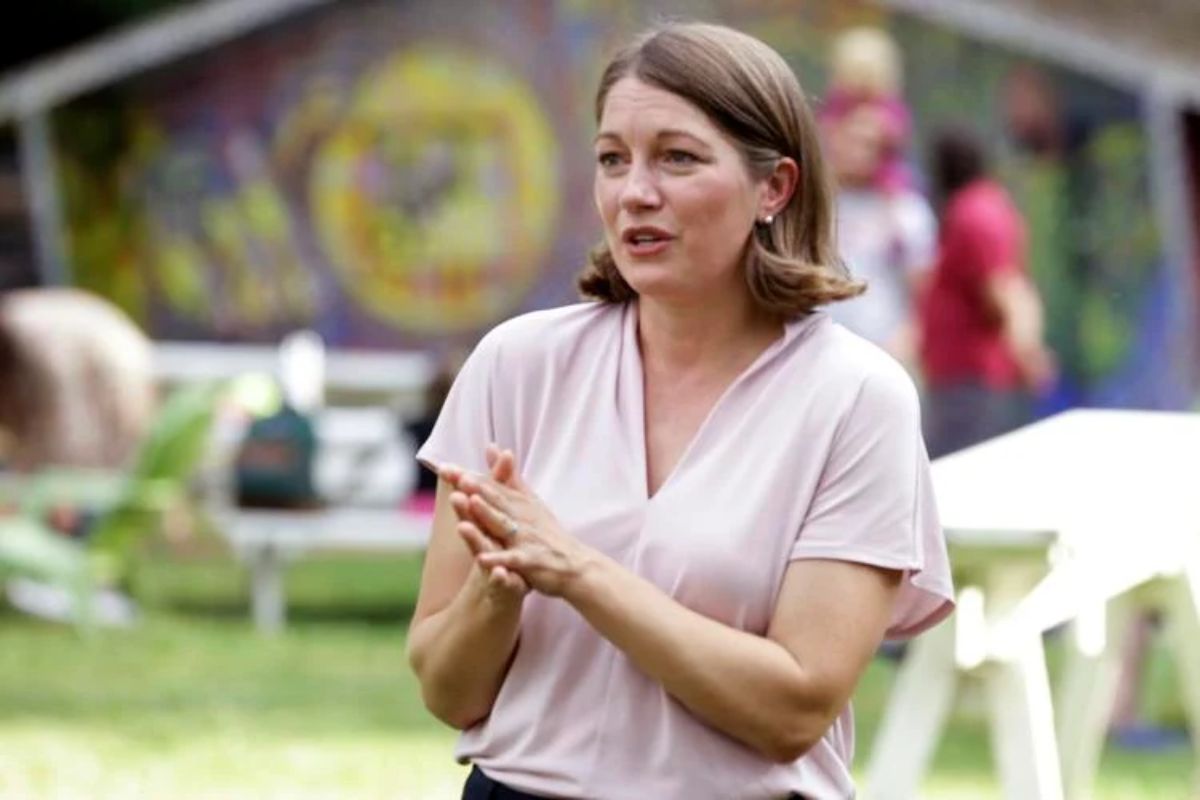 In a statement, Balint thanked her opponents in the primary and said she was “humbled and honored by this victory.”

“Tonight is a big step forward for our state. Vermont has chosen a bold, progressive vision for the future, and I will be proud to represent us in Congress,” Balint said. “We can preserve democracy, tackle climate change, bridge inequality, and make the health care system work for all of us. I know that we will.”

In a concession speech, Gray said she’d called Balint to congratulate her on the win.

“While my disappointment is profound, so too is my gratitude for his opportunity,” Gray said. “This was a tough race with deeply qualified candidates making their case to Vermonters.”

Voters in Vermont also chose Democratic U.S. Rep. Peter Welch to replace Leahy, who has been in office since 1975 and was the last of the so-called “Watergate babies” to be elected to Congress. Welch’s decision to run for the Senate opened up his seat in the House. This is the first time since 2006 that any of Vermont’s three congressional seats have been open.

Welch will run against retired U.S. Army officer Gerald Malloy, who won the Republican primary for the Senate seat on Tuesday by beating former U.S. Attorney Christina Nolan. Malloy says he thinks he can win in November, even though the state hasn’t had a Republican senator since 2001 when the late Sen. Jim Jeffords quit the GOP to become an independent. This meant that the Democrats took control of the Senate from the Republicans.

Gov. Phil Scott, who is running for a fourth term as a Republican, also had an easy time winning his party’s primary. He beat out two other candidates. Brenda Siegel, a Newfane activist, is the only person who wants to run for the Democratic nomination. Last fall, she slept on the steps of the Vermont Statehouse for 27 nights to bring attention to the problem of homelessness in the state.

Liam Madden, a Marine Corps veteran who says he is not a typical candidate, beat Ericka Redic of Burlington and Anya Tynio of Charletson to win the GOP primary.

Madden says he’s an independent and has said he considered declining the nomination if he won — until he learned that would allow the party to choose a replacement for the November ballot.