Gun Control Legislation: President Biden on Thursday said he would try to pass a bill banning assault rifles during the lame-duck session before the next Congress forms, despite long odds due to Republican opposition. Following a week that saw three mass shootings in the United States, Biden addressed reporters on Thanksgiving morning.

Biden deemed it “ridiculous” that red flag laws, which allow law enforcement officers to seize firearms from those deemed a threat to themselves or others, were not being enforced nationwide. “No. 2, the idea we still allow semi-automatic weapons to be purchased is sick. It’s just sick. It has no, no social redeeming value. Zero. None. Not a single, solitary rationale for it except profit for the gun manufacturers,” he said.

Biden said he was “going to try to get rid of assault weapons” during the lame-duck session, but it would depend on whether he has the votes to pass a bill. “I’m going to do it whenever I — I got to make that assessment as I get in and start counting the votes,” he said. The House introduced a bill to ban assault weapons earlier this year, but it was doomed with Democrats holding a slim majority in the Senate and most Republicans united against such legislation, making overcoming a filibuster impossible.

In January, when the new Congress convenes, the House will be under Republican control, making passage of any gun control legislation even more difficult. Another week has been marred by gun violence in America. On Tuesday evening, a gunman opened fire with a handgun inside a break room at a Walmart in Chesapeake, Virginia, killing at least six people and wounding at least six others. 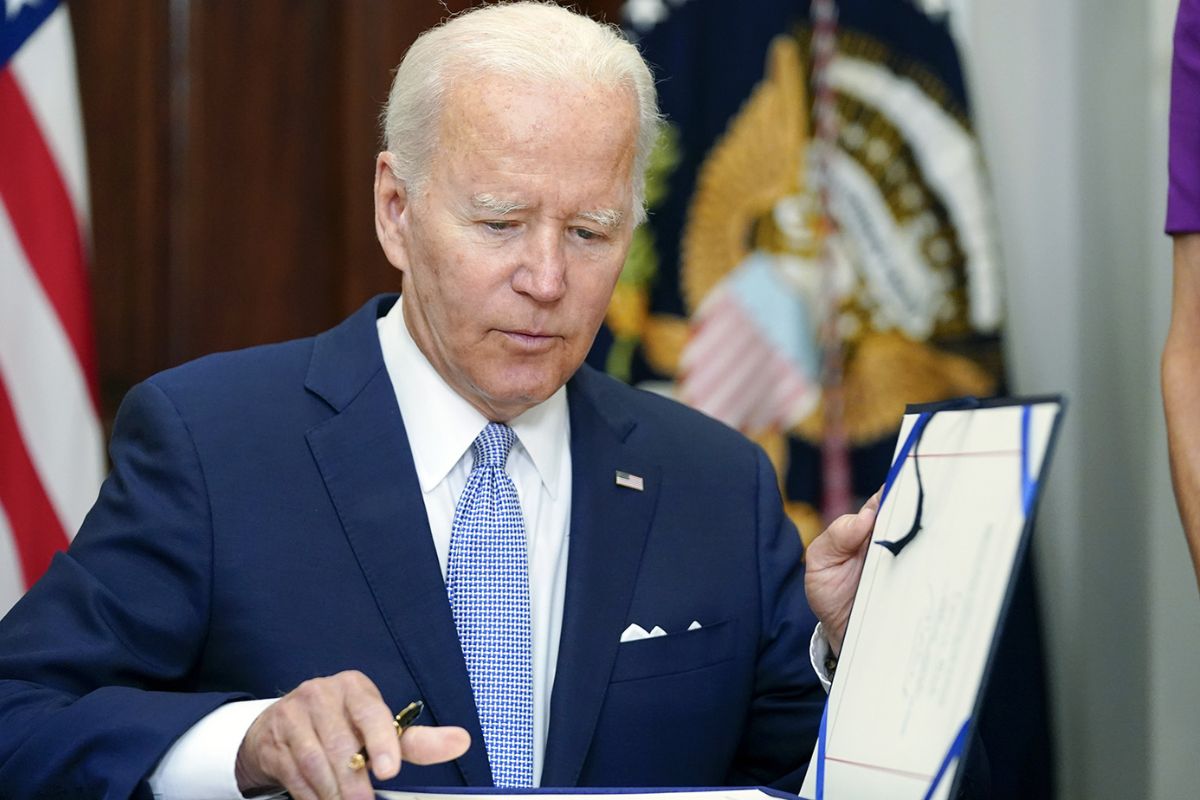 Three days prior, a gunman opened fire inside an LGBTQ nightclub in Colorado Springs, Colorado, killing at least five individuals and injuring at least 25 others. And less than a week prior to the Colorado shooting, a student at the University of Virginia shot and killed three classmates who had just returned from a class field trip.

Just a few months after the May massacre at an elementary school in Uvalde, Texas, in which 19 children and two teachers were killed, the violence has again shook the nation. After Uvalde, Congress passed a bipartisan gun control bill that, among other provisions, expanded background checks for individuals ages 18 to 21.

It was the most significant piece of gun control legislation in about three decades, but it fell short of more comprehensive gun control reforms many activists and Democrats had called for. Biden, who was a senator when Congress passed a temporary assault weapons ban in 1994, called for another prohibition on assault weapons after Uvalde.

Tony Clark Said No African-American Players In The World…