Cale Makar of the Avs wins the Conn Smythe Trophy as the Stanley Cup Playoffs’ MVP!

TAMPA, Fla. — It seems like Cale Makar always gets what he wants. Last Tuesday, he became the first Avalanche player to win the Norris Trophy as the best defenseman in the NHL. He wrote his name in the record book on Sunday.

Makar won the Conn Smythe Trophy as the playoffs’ most valuable player after Colorado beat Tampa Bay 2-1 in six games to win the Stanley Cup Final. Makar got all 18 of the first-place votes, making him the first person to win the award without any second-place votes since the Professional Hockey Writers Association started voting in 2017.

Makar said after the game, “I’m so thankful and honored to be a part of this success and to help guys who have been through all the ups and downs succeed. It’s crazy.” “I’m not too worried about the emotional stuff, but with the boys, it’s all about the partying. It’s great to have family here as well.”

Makar, who is 23 years old, is the youngest winner of the Conn Smythe since Chicago Blackhawks captain Jonathan Toews, who was 21 when he won it in 2010. Patrick Roy, a goalie for the Avs, was the youngest person to ever win it (1986 at age 20 with the Montreal Canadiens). Roy also won it with the Avs in 2001, when he was 35 years old. 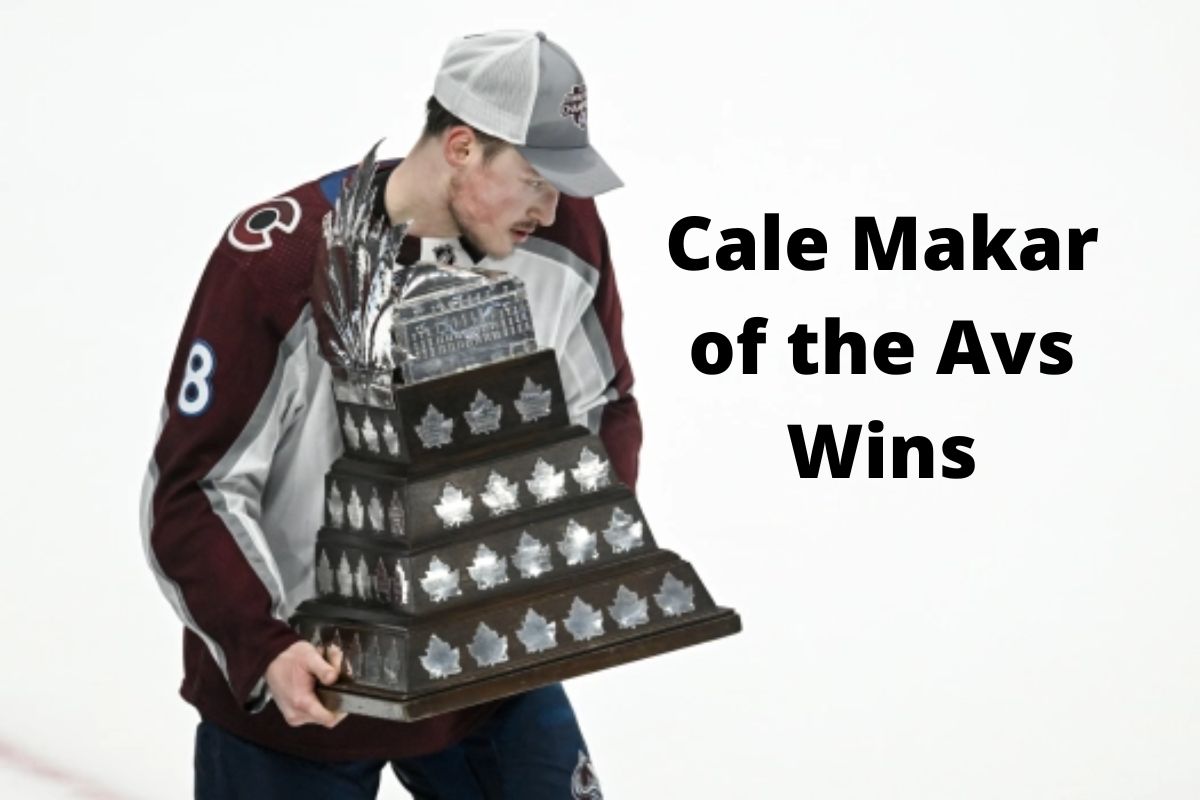 “No brainer.” Avs veteran defensman Erik Johnson said of Makar being named playoff MVP. “I’m so happy for him. Most humble kid. He has a good head on his shoulders. He’s just amazing.”

Makar’s trophy case is proof of that for sure. In 2019, when he was a sophomore at UMass, he won the Hobey Baker Award. In 2020, as a rookie in the NHL, he won the Calder Trophy.

Makar had the most points for the Avalanche in the playoffs with 29, and his eight goals were third-most behind Nathan MacKinnon’s 13 and Gabe Landeskog’s 11. His 29 points are the most by a defenseman in the NHL playoffs and the second-most by an Avalanche player in the playoffs since Joe Sakic’s 34 points in 1996 when he won the Conn Smythe Trophy.

“It’s hard to put into words how important he is to our team and how special he is as a player and as a person. Makar’s coach, Jared Bednar, said after the game, “I’m not surprised by anything he does anymore because we’ve seen it for a couple of years.” “Even in the playoffs, he has stepped up his game and helped our team win.”

His ability to defend and lead zone exits is just as important as his ability to score. Makar is the best player for Colorado from end to end and side to side. He should follow Roy and Sakic as a Conn Smythe winner for the Avalanche.

Makar said, “It’s just been getting worse over time.” “I’ve only been here for three years and lost in the playoffs twice. Everything just led up to this. I would have said “I don’t know” if you had told me this would be going on for three years. They’ve done a great job putting a team together. It’s just amazing.”

Makar’s legend in the playoffs is growing.

His 60 career points in 55 playoff games give him an average of 1.09 points per game, which is second all-time among defensemen behind only Bobby Orr, who is in the Hockey Hall of Fame (1.24). Makar is only behind Orr and Leetch, who got to 60 points in 46 and 49 games, respectively, as the third-fastest defenseman in NHL history.

Andrew Cogliano, 35, an Avs forward, said, “It’s impressive what he’s been able to do in such a short time in his career.” “I don’t think I’ve ever seen a younger player with as much focus on the game and how to prepare as he does. The things that make him stand out are his habits. When I first got here, I was amazed by how he moves on the ice, how he passes the puck, and how everything he does is so deliberate that it’s just amazing.

“It makes him a strong player. There’s just something about his energy and focus that makes him and other players like him some of the best the game has ever seen. He is the kind of player who will keep getting better and scarier as time goes on.

Makar got 90 points at the end of the voting. With 47 points, Avs center Nathan MacKinnon was in second place. He got 15 of the 18 second-place votes. Andrei Vasilevskiy, the goalie for the Lightning, was third with four points.

Makar told ABC after the game, “You grow up and you see that thing (the Stanley Cup) as a kid.” “You have pictures on your wall of it. All I can think about are the people who helped me get here. My family is in the crowd, so it’s great no matter where they are. It’s crazy.”

A Conviction for Brittney Griner Is Looming Over Her Return…