Canada paramedic: A Canadian paramedic who unknowingly treated her own daughter following a fatal car accident wiped away tears as she remembered a beautiful girl who fought until the end. On Nov. 15, Jayme Erickson was called to the crash north of Calgary and sat with a seriously injured girl who was extricated from the car and taken to hospital, where she died. Because of her injuries, she was unrecognizable.

It wasn’t until Erickson returned home at the end of the day that she was approached by Royal Canadian Mounted Police officers, who informed her that the patient was her 17-year-old daughter, Montana.

Erickson talked to reporters about how sad she was on Tuesday. She said that her daughter was successful at everything she tried, and that she loved swimming and wanted to be a lawyer.

“She was a fighter and she fought until the day that she died and she was beautiful. She was so beautiful. If she ever put an effort into anything she would always succeed at it,” said Erickson at an Airdrie Firehall with family, paramedics, police officers, and firefighters standing behind her in a show of support. 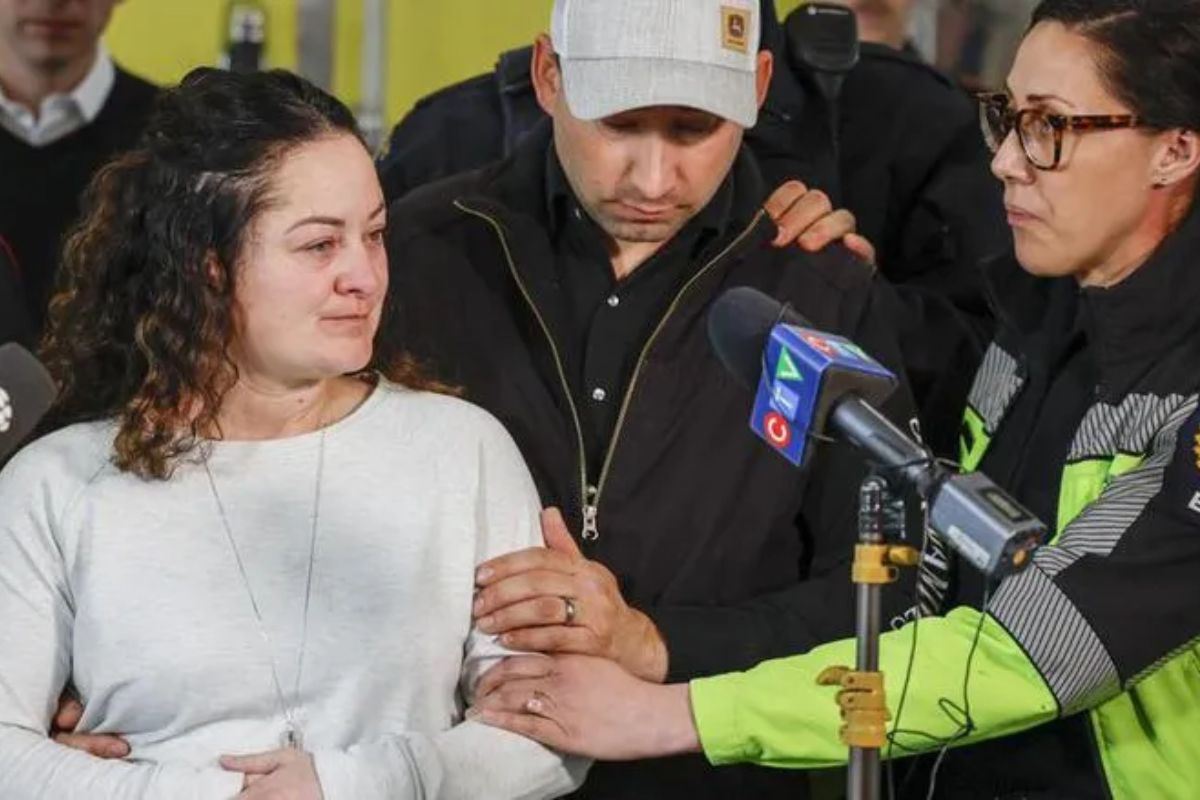 Richard Reed, a friend and flight paramedic, broke down a number of times as he recounted Erickson attending the scene where a car had lost control and was struck by an oncoming truck.

Reed said the driver was able to get out of the car but the female passenger was trapped with serious injuries. Erickson was the first person on the scene. He said Erickson knew the girl was in trouble and sat there until she was extricated and transported to the hospital by air ambulance, still unaware of who it was.

“On her way back she expressed her grief and frustration to her partner, knowing that later a family would likely lose their daughter, sister, and grandchild. A short time after arriving home, there was a knock on the door. It was the RCMP,” Reed said.

“When she walked into the room, she was horrified to see that the girl she had sat in the back of the wrecked car to keep her alive so her family could say goodbye, and who was unrecognizable because of her injuries, was Jayme’s own daughter,” he said. “Jayme unknowingly was keeping her own daughter alive,” Reed said.