U.S. Space Command confirmed that a Chinese rocket booster that helped put part of a space station into orbit fell to Earth over Southeast Asia on Saturday.

Officials believe the 25-ton debris re-entered the Indian Ocean at around 10:45 am MDT.

People in Malaysia said they saw bright things in the sky that looked like meteors but were probably just pieces of debris.

Experts at Aerospace Corporation closely tracked the booster and believe the vast majority of the rocket burned up in the atmosphere but said it was possible that as much as 20 to 40 percent of the object could have remained intact until it reached the ground.

Dozens of People Are Rescued From the Pacific Crest Trail as the Mckinney Fire Hits Yreka!

So far, none of the island nations in the eastern Indian Ocean have said that anyone was hurt or that anything was broken.

The sights are similar to what people saw when China’s rocket boosters came back in 2020 and 2021, and pieces of them fell over Africa and the Indian Ocean. 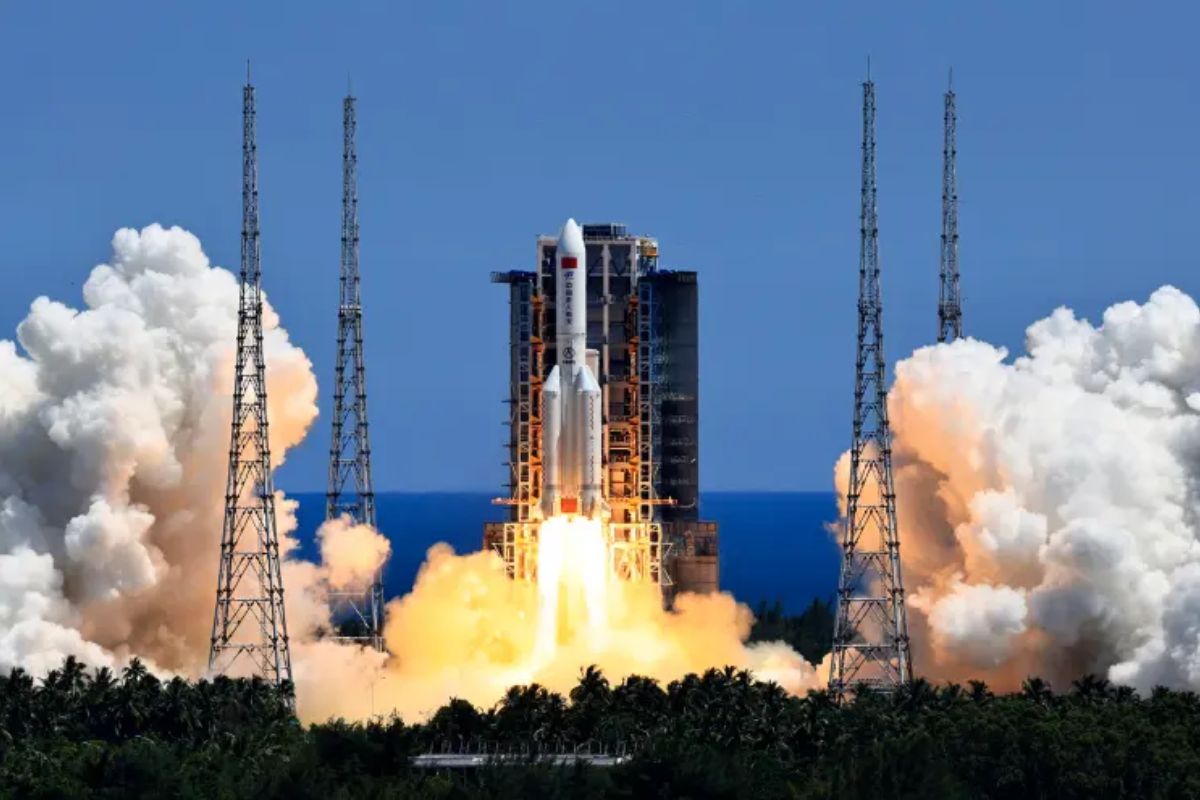 The Chinese Long March-5B rocket took off on July 24 and sent a lab module to the new Tiangong Space Station before falling back to Earth.

The United States and other counties have criticized China for its rocket debris return events.

In a statement, Bill Nelson, who is in charge of NASA, criticized the People’s Republic of China for not being open about the possible disaster.

“The People’s Republic of China did not share specific trajectory information as their Long March 5B rocket fell back to Earth. All spacefaring nations should follow established best practices and do their part to share this type of information in advance to allow reliable predictions of potential debris impact risk, especially for heavy-lift vehicles, like the Long March 5B, which carry a significant risk of loss of life and property. Doing so is critical to the responsible use of space and to ensure the safety of people here on Earth,” Nelson said.

As of Saturday evening, Chinese officials had not publicly commented about the reentry.

Pelosi Begins Her Asia Trip in Singapore Without Mentioning Taiwan!

Hundreds of Demonstrators Camp at Iraq Parliament for a Second Day!

Too Hot to Handle Season 2: Where Are They Now?

Who is Justin Bieber? Details About Australia Tour 2022