The House on Friday approved bipartisan gun legislation that was overwhelmingly approved by the Senate late the night before, sending it to President Biden for his signature. It marks the most significant update to the nation’s gun laws in nearly three decades.

The bill, which was called the “Bipartisan Safer Communities Act,” was passed by the lower chamber by a vote of 234 to 193. All the Democrats and 14 Republicans voted for it.

House Speaker Nancy Pelosi read the vote tally after it concluded to applause from the members of Congress on the floor.

The bill improves background checks for people under 21 who want to buy guns, gives billions of dollars for mental health services and makes schools safer, and closes the so-called “boyfriend loophole” so that people who have been convicted of domestic violence can’t buy a gun for five years. The plan also gives $750 million in grants to states to encourage them to set up programs to help people in crisis. It also makes it clearer what a “Federally Licensed Firearms Dealer” is and makes it a crime to buy guns from straw buyers or traffic guns. 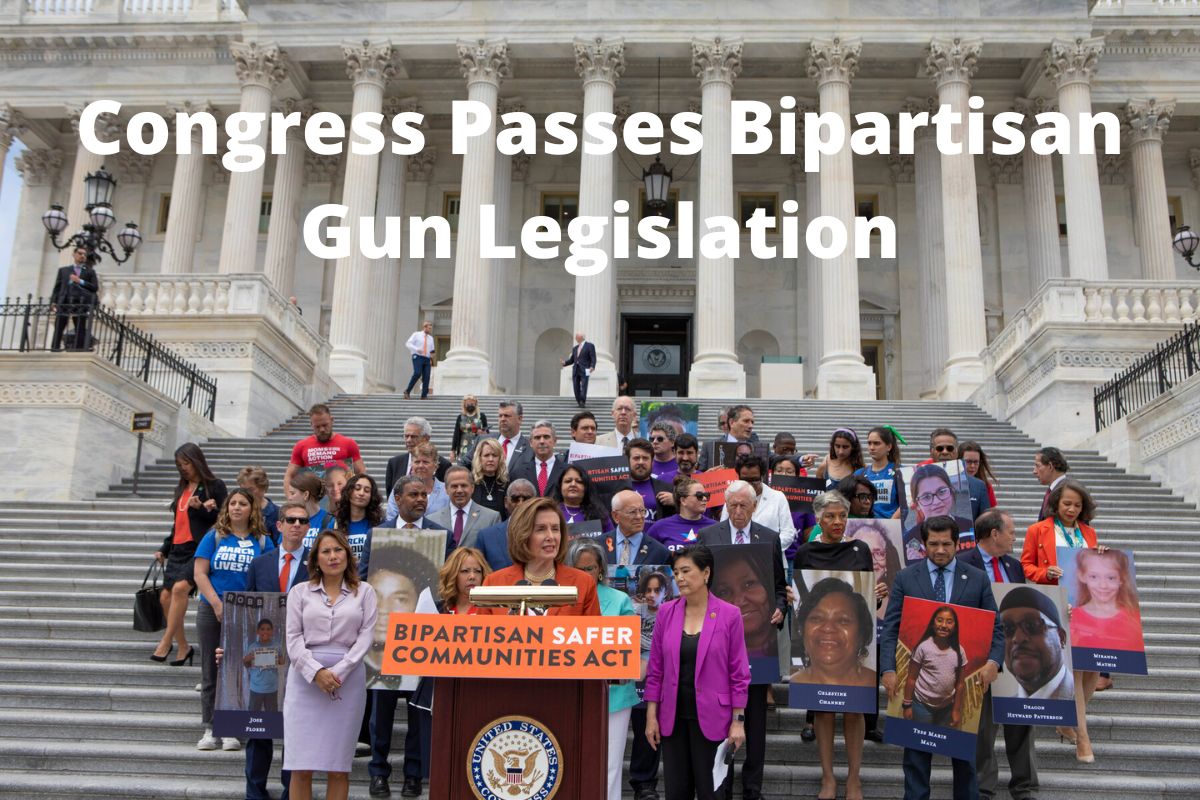 The bill was passed by both chambers, ending almost 30 years of inaction by Congress. Despite a rise in gun violence and mass shootings across the country, Congress has been unable to agree on changes to federal gun laws.

But after shootings in Buffalo, New York, and Uvalde, Texas, that killed a total of 31 people, a group of senators from both parties, led by the Democrat Chris Murphy of Connecticut and the Republican John Cornyn of Texas, came together again to agree on stricter gun laws. This led to the plan that is now on its way to Mr. Biden’s desk.

The House began procedural votes on the bill Friday morning and passed it hours later, just before lawmakers are expected to depart Washington for a two-week recess. Democrats broadly supported the plan, but House Republican leaders encouraged their GOP members to oppose the legislation, arguing it was part of an effort to erode law-abiding Americans’ Second Amendment rights.

Still, a small group of Republicans, like Rep. Tony Gonzales, who represents Uvalde, where a gunman killed 19 kids and two teachers at an elementary school last month, backed the plan.

As a response to the recent string of mass shootings, Senate negotiators from both parties started talking right after the shooting in Texas. They put out a plan for the proposal earlier this month, and on Tuesday, they made the bill public.

The Senate’s plan is more narrow than a package of bills that passed the House last month, which, among other reforms, would raise the minimum age to purchase a semiautomatic rifle from 18 to 21 years old and ban large-capacity magazines. That legislation, though, would not have garnered support from enough Republicans to advance in the Senate.

While the bill also stops short of what Mr. Biden has urged Congress to do, he supports the legislation and on Thursday called on the House to act quickly.

“Tonight, after 28 years of inaction, members of Congress from both parties came together to answer the call of families across the country and pass legislation to deal with the scourge of gun violence in our communities,” Mr. Biden said after the Senate passed the legislation Thursday. “Families in Uvalde and Buffalo, as well as after too many other terrible shootings, have asked for action. We did something tonight. This bill from both parties will help keep Americans safe. It will make schools and neighborhoods safer for kids. This bill has support from both parties, so the House of Representatives should vote on it quickly and send it to my desk.”

Till Then, Yourself Updated With All the Latest News From Our Website Journalworldwide and Get All the Recent Updates.