Delphi murder suspect: According to the probable cause affidavit, an ejected.40-caliber shell found inches from either Libby German or Abby Williams’ bodies links Richard Allen to the 2017 slayings. When a shell or shell casing is ejected from a semiautomatic pistol, the ejection process leaves marks on the shell that can be traced back to a particular firearm. According to the affidavit, the tool marks on the shell correspond to a pistol owned by Allen.

The affidavit does not say how Libby and Abby died on February 13, 2017, but it does say they died on the north bank of Deer Creek. The girls’ names are not mentioned in the affidavit. They are instead referred to as Victim 1 and Victim 2.

A man in a dark jacket and jeans was seen walking behind them on the Monon High Bridge on the trails east of Delphi in a video taken by Libby and widely circulated. According to the affidavit, as the man in the video approached the girls, one of the teens said, “gun.”

Allen, who was charged with two counts of murder in the commission of a felony on Oct. 28, told police in 2017 that he was on the trails east of Delphi between 1:30 p.m. and 3:30 p.m. on the day the girls were killed. He parked his 2016 Ford Focus in the parking lot of the old Farm Bureau building, but according to the affidavit, police believe he meant the old Child Protection Services building. 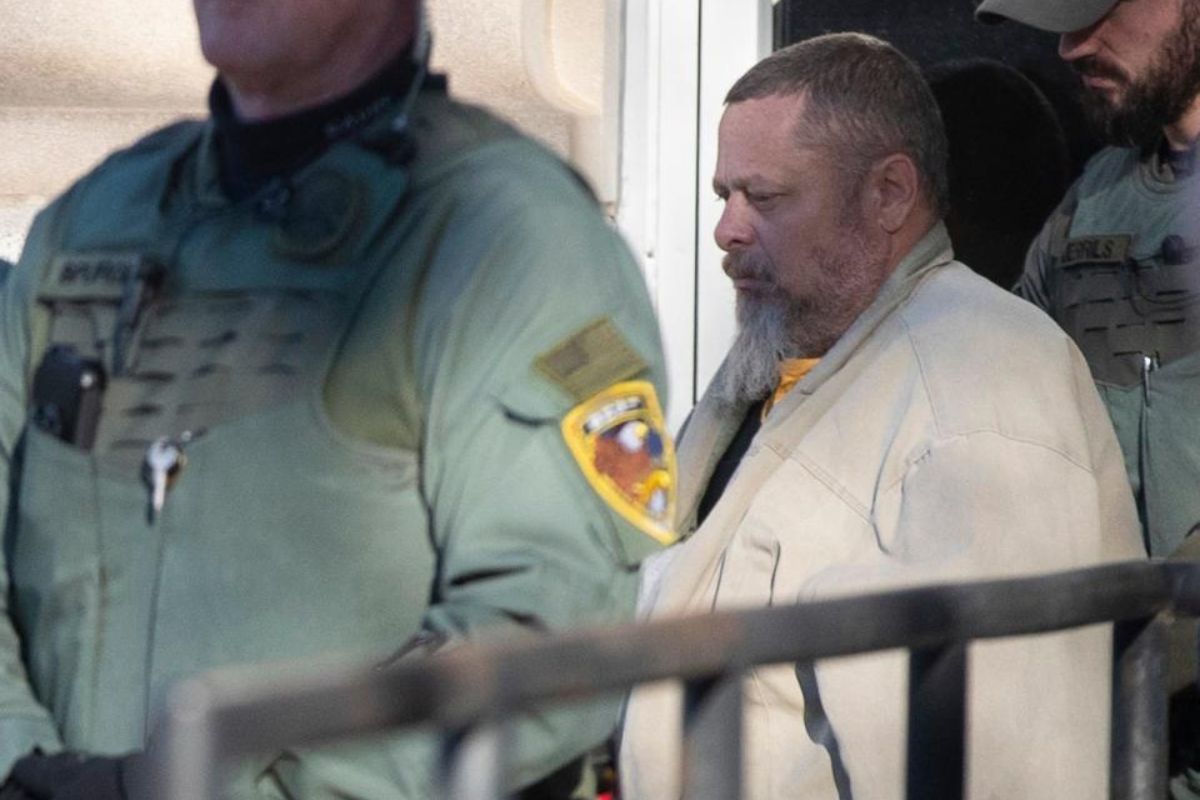 Teen witnesses told police they saw a car parked in the old CPS building and passed a man on the trail the day the girls were killed. According to the affidavit, one of the three witnesses described a car parked at the old CPS building as a PT Cruiser, another as an SUV, and the third as a “smart” car. According to the affidavit, “investigators believe those descriptions are similar in nature to a 2016 Ford Focus.”

One of the witnesses describes passing a man on the trail wearing a blue jacket and blue jeans “was bloody and muddy She went on to say that he appeared to have gotten into a fight “According to the affidavit.

“Investigators believe that after the victims were murdered, Richard Allen returned to his vehicle by walking down (Carroll) County Road 300 North,” according to the affidavit. The judge directed that an edited version of the probable cause affidavit be made public on Tuesday.

According to the probable cause affidavit, it is an eight-page document. However, only seven pages were posted on Tuesday. According to an employee at the Carroll County Clerk’s Office, they only received seven pages of the affidavit. The IndyStar obtained the eighth page of the probable cause affidavit later Tuesday, which included the two murder charges and the identity of the person who signed the document.

According to the documents, Allen is charged with felony murder, claiming he committed the killings while kidnapping the girls. However, Allen has not yet been charged with kidnapping. The names of witnesses were redacted from the probable cause affidavit, which was released on Tuesday.

The affidavit was released nearly a month after law enforcement held a press conference in Delphi, Indiana, where the girls’ bodies were discovered on February 14, 2017. During the Oct. 31 press conference, no probable cause affidavit was released. The Journal & Courier reached out to Libby German’s grandfather, Mike Patty, for comment on the affidavit’s release. He has yet to return my call. Abby’s mother, Anna Williams, declined to comment.

Sen. Raphael Warnock Is Finally Going for the Jugular in Georgia Senate Battle