Florida Gov. Ron DeSantis on Thursday suspended Tampa’s elected prosecutor, Andrew Warren, for pledging not to use his office to go after people who seek and provide abortions or on doctors that provide gender-affirming care to transgender people.

In his executive order, DeSantis said that Warren had “neglected her duties” and was “incompetent” as the state attorney for Hillsborough County.

“To take a position that you have veto powers over the laws of the state is untenable,” DeSantis said at a press conference in Tampa surrounded by law enforcement.

At a planned news conference, where he named two suspects in two murders that happened 40 years ago but were never solved, Warren said, “I’m still the rightfully elected state attorney of Hillsborough County.”

“If the governor thinks he can do a better job, then he should run for state attorney or not President,” Warren said, referencing reports that DeSantis is widely considered to be a contender for the GOP nomination in 2024. 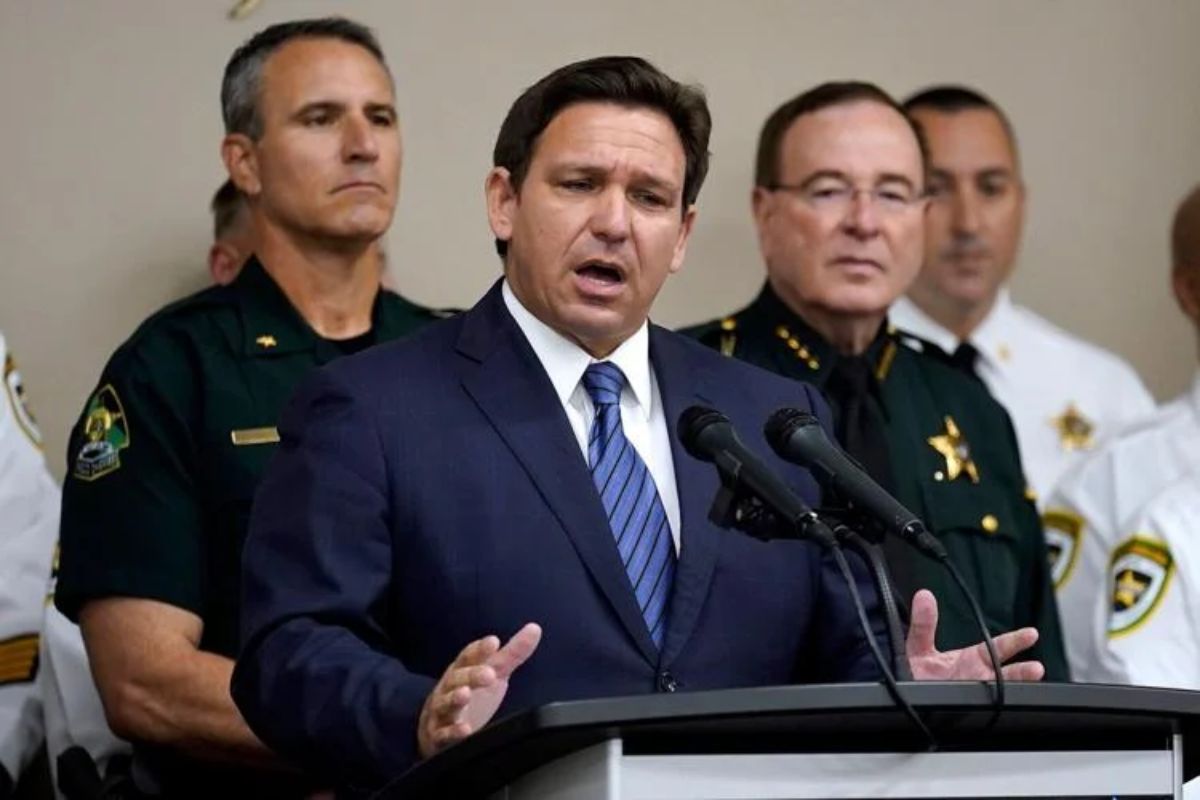 Warren did not say if he intends to pursue legal action to void the suspension, nor is it clear what happens if he attempts to continue working as the state attorney. Earlier Thursday, the website for the Office of The State Attorney 13th Judicial Circuit of Florida was placed in “maintenance mode.” By evening, it was back online and featured DeSantis’ appointee to replace Warren, Hillsborough County Circuit Court Judge Susan Lopez.

DeSantis said the decision to suspend Warren came after he directed staff to review whether any state attorneys in Florida had taken it “upon themselves to determine which laws they like and will enforce,” after watching prosecutors in other states decline to press charges for certain crimes. That review led them to Warren, who has become a vocal advocate for criminal justice reform and overturning wrongful convictions.

“The governor should not have had to come to Hillsborough County and clean up our mess,” former Tampa police chief Brian Dugan said during the press conference. “That’s really what it comes down to.”

Under Florida law, a governor can fire “any county officer” for doing a bad job, not doing their job, being drunk, being incompetent, being permanently unable to do their job, or committing a felony. The Florida Senate can bring a suspended official back to work or get rid of them.

Warren said that he has always used his power as a prosecutor to look at charges “case by case.”

Lopez was chosen by DeSantis to be the state attorney while Warren was on leave. He had already put Lopez on the Hillsborough County circuit court bench. DeSantis told reporters that he had not talked to Warren before the announcement.

Warren was first elected as state attorney in 2016. She beat a Republican who had been in office for a long time in a close race that showed how far left Florida’s most important county was moving. In 2020, he was re-elected because he got more votes in Hillsborough County than President Joe Biden.

During his first few years in office, Warren stayed out of the spotlight as he quietly updated the office and made changes to the criminal justice system. In 2018, he helped the Republican sheriff of the county, Chad Chronister, get re-elected. He also held many press conferences with law enforcement. Chronister, in turn, said nice things about Warren in the months before the Democrat ran for a second term.

But Chronister was in charge of Thursday’s press conference at the Hillsborough County Sheriff’s Office. He stood next to DeSantis and said some harsh things about Warren. (Chronister’s wife, Nicole DeBartolo, and her father-in-law, Edward DeBartolo, a former NFL owner who was given a presidential pardon by Donald Trump, have given a total of $472,000 to DeSantis’ re-election campaign.)

During the pandemic, Warren became more and more critical of DeSantis. Early on in the coronavirus outbreak, he criticized in public the governor’s decision to let megachurches operate in Florida. This was just a few days after the arrest of a Tampa pastor who held a defiant service in person. Later that summer, Warren said that 67 people who were arrested during a protest after George Floyd’s death would not be charged.

But it was Warren’s comments about transgender people and abortion care that caused DeSantis to take action on Thursday. Last year, Warren signed a letter with dozens of local and state prosecutors that were written by the progressive group Fair and Just Prosecution. The letter was against laws that make it illegal for doctors to treat transgender people in a way that is consistent with their gender identity. After the US Supreme Court voted to overturn Roe v. Wade and remove constitutional protections for abortion, Warren signed another letter from Fair and Justice promising not to use “limited criminal legal system resources” to prosecute people who seek, provide, or support abortions.

The way Warren feels about abortion is at odds with a new Florida law that bans abortions after 15 weeks. Last year, DeSantis signed a bill that made it illegal for transgender girls and women to play school sports as boys. This year, he has taken steps to ban gender-affirming care for children, which he called “literally cutting off the private parts of young kids” on Thursday.

“Those are really, I think, egregious and again, it’s beyond just exercising discretion,” DeSantis said.

More than his predecessors, DeSantis has used his power to get rid of elected officials. As soon as he became governor, DeSantis fired Broward County Sheriff Scott Israel. Israel was in charge of how the police responded to the mass shooting at a Parkland high school, which killed 17 people.

But past suspensions were a result of actions already taken by elected officials. Warren’s suspension is in part for actions yet to be taken. Notably, the state’s new abortion law is facing a legal challenge and one judge said it violated the state’s constitutional, though a higher court said otherwise.

Warren said he had not read DeSantis’ executive order but he said he “heard it contains a lot of conjecture and lies.”