A Veteran of the U.S. Army Entered “Combat Mode” to Disarm the Club Q Gunman

Disarm the Club Q Gunman: According to The New York Times, RICHARD M. FIERRO was with his wife, daughter, and friends when a gunman opened fire at Club Q nightclub on Saturday. Fierro’s Army officer training from four combat deployments in Iraq and Afghanistan kicked in, and he charged at the shooter. “I don’t know exactly what I did, I just went into combat mode,” Fierro told the New York Times. “I just know I have to kill this guy before he kills us.”

He was there to celebrate a friend’s birthday with his family and to support a drag show performed by his daughter’s best friend. When the gunshots fired, Fierro said he rushed towards the gunman through the chaos, tackling him and beating the gunman with his own gun.

“I had my entire Colorado Springs family with me.” I had no choice but to act. “He had no intention of killing my family,” Fierro told the Washington Post. “I just want people to look after people, people who have been hurt and are no longer with us.” I still have two of my best friends in the hospital. They still require prayers and assistance.”

Anderson Lee Aldrich, 22, is being held by authorities after opening fire at the LGBTQ+ nightclub Club Q on Saturday night. Colorado Springs Mayor John Suthers described the attack, which killed at least five people and injured 25, as having “all the trappings of a hate crime,” though he added that an official motive is “still under investigation.”

According to the New York Times, Fierro’s account of the shooting at Club Q closely matches descriptions given by police, city officials, and the club’s owners who reviewed security footage. The Colorado Springs Police Department’s Chief Adrian Vasquez identified Fierro and Thomas James as the individuals who shot the gunman. 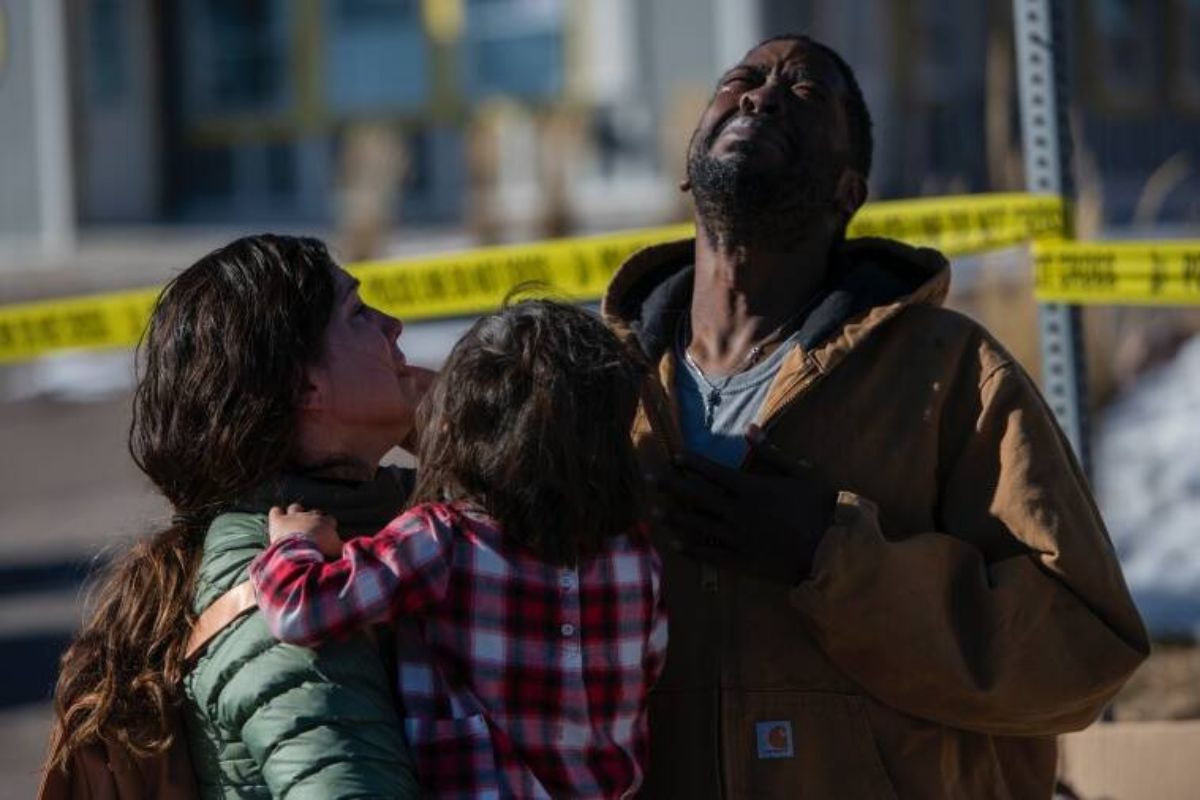 When one club owner, Nic Grzecka, was shown a photo of Fierro, he said that he looked like the man who took down the gunman. “I don’t even know his name,” Grzecka said. “I would really like to meet him.”

When the gunfire started, Fierro said that he looked across the room and saw the shooter standing at the door. “I ran across the bar, grabbed the guy from the back and pulled him down, and pinned him against the stairs,” he said. “I took the gun from his grip and just started hitting him in the head over and over,” Fierro explained.

He claimed that he yelled for other patrons to assist him, that a man near the shooter moved the rifle to safety, and that a drag queen kicked the gunman in the groyne with her high heels. While blood pooled around them, Fierro continued to beat the attacker’s head. Fierro told police that the shooter was no longer struggling when they arrived.

The suspect in the shooting was taken into custody and remained hospitalized on Monday afternoon. At first, Fierro said officers tackled, handcuffed, and put him in a police car for more than an hour before releasing him to be reunited with his wife and daughter. He later discovered that his daughter’s high school sweetheart, Raymond Green Vance, 22, was one of the victims that night.

According to military records, Fierro served as an Army field artillery officer from 1999 to 2013, rising to the rank of major before leaving the service. Fierro was awarded a Combat Action Badge as well as two Bronze Stars for his service.

“NO ONE should have to witness such bloodshed,” his wife, Jessica Fierro, wrote on Facebook. “We mourn the loss of life and the injuries. We are devastated and divided. We love and support our #lgbtq community. This heinous and despicable act of hatred has no place in our lives.”

Multi-Talented Personality: Peter Krause Net Worth, How Much…