Elvis Presley Cause of Death: Elvis Presley was an American singer, musician, and actor who died in 1977 with a net worth of $20 million (technically, his net worth was $5 million before inflation). He is the all-time best-selling solo artist. This musical pioneer transcended boundaries, becoming a cultural icon who ushered in a new era, and is widely credited with popularising Rock ‘n Roll music. Because of his fame, his last name is largely unnecessary; the names “Elvis” or “The King” are usually sufficient.

How Did Elvis Presley Die?

Ginger Alden, Presley’s girlfriend, discovered the singer unresponsive on the bathroom floor of his home, Graceland, on August 16, 1977. He was rushed to the hospital, but died at 3:30 p.m. from cardiac arrest.

Although the direct cause of his death is clear, there are still questions about whether Elvis’s rampant drug use played a role in his death. According to Town and Country Magazine, the singer was prescribed 12,000 pills and carried three suitcases of drugs with him in the last 20 months of his life.

Controversy surrounds his death, owing to the Presley family’s understandable desire to keep details about Presley’s death private, and Tennessee’s Medical Chief at the time, Jerry Francisco, who, according to PEOPLE, stated that the singer died of heart disease rather than pharmaceuticals. Francisco’s comments run counter to those of other medical professionals who believe drugs played a role in the singer’s death. 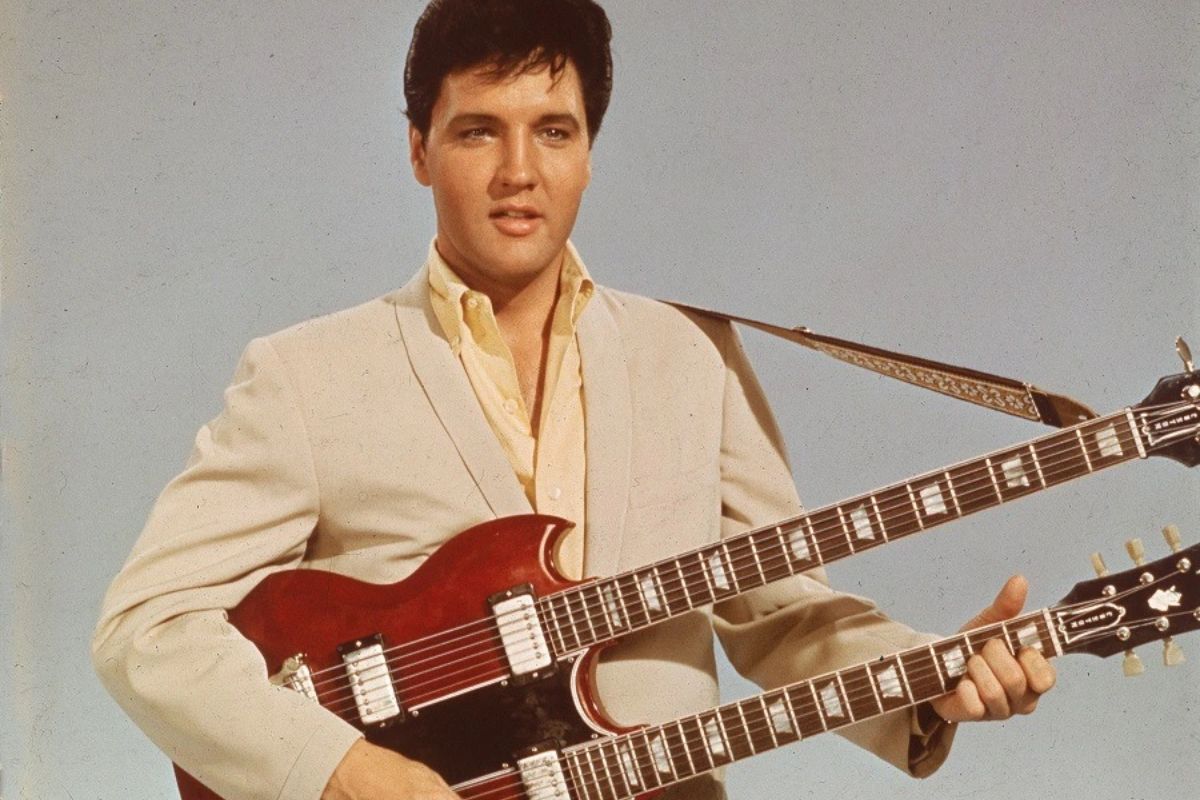 Although Graceland is open to the public, Elvis’ bedroom (and the entire upstairs) remain closed due to the intense interest in the singer’s death. Only members of the Presley family and the Graceland curator are permitted entry, and since the home first opened to the public in 1982, celebrities and even presidents have been denied access to the King’s room. According to PEOPLE, one person has made it inside: Nicolas Cage, an Elvis superfan who was married to Lisa Marie Presley from 2002 to 2004.

What was Elvis Presley Cause of Death?

Presley’s toxicology report, which arrived several weeks after his death in August 1977, revealed that the rockstar had significantly high levels of Codeine, Dilaudid, Percodan, and Demerol in his blood, as well as another ten narcotics in his system. Elvis was an opiate addict who also abused sleeping pills, antihistamines, barbiturates, and laxatives to treat severe constipation caused by his prescription painkillers.

Elvis most likely strained so hard to pass a bowel movement in his final moments that the effort put an extreme amount of pressure on his heart, resulting in cardiac arrest. However, it appears that at the time of his death, medical examiner Francisco purposefully left out these additional details in order to satisfy the Presley family, who were desperate to keep the rockstar’s drug use hidden and his public image intact after his death.

Dr. George Nichopoulos (also known as Dr. Nick) was indicted on felony charges for overprescribing and overdistributing controlled substances to a number of celebrity clients in the years that followed. During Elvis’ final eight months on earth, Nichopoulos prescribed over 10,000 doses of amphetamines, barbiturates, narcotics, tranquillizers, sleeping pills, laxatives, and hormones.

Nichopoulos, who began treating Elvis in 1967, claimed he provided a staggering number of drugs to keep Elvis from resorting to illegal substances “on the street.” Despite his acquittal on all charges, the Tennessee Board of Medical Examiners permanently revoked his medical licence in 1995.

Zac Efron Net Worth: What Is an Estimate of His Baywatch…