Feds arrest Brooklyn: Flashy Brooklyn “Bling Bishop” Lamor Whitehead was busted by the feds Monday on charges that he swindled a retired parishioner out of tens of thousands of dollars, extorted a businessman, and deceived investigators. After months of making headlines as both the accused and the victim, the Brooklyn church pastor was back in the spotlight, this time after federal prosecutors accused him of fraud, extortion, and making false statements to the FBI.

“Lamor Whitehead abused the trust placed in him by a parishioner, bullied a businessman for $5,000, then tried to defraud him of far more than that, and lied to federal agents,” U.S. Attorney Damian Williams said after Whitehead’s arrest. “His campaign of fraud and deceit stops now.”

Whitehead was famous for being robbed at gunpoint of $1 million in flashy jewelry while preaching at his Canarsie church. Whitehead, 45, who counts Mayor Adams among his friends, is accused of being a false prophet who preyed on men and women seeking spiritual and financial guidance.

Whitehead, pastor of the Leaders of Tomorrow International Ministry, sought money and other things of value from victims on the basis of threats and false promises that victims’ investments would benefit them financially, according to prosecutors.

In one instance, Whitehead persuaded one of his parishioners to invest nearly $90,000 of her retirement savings with him. But instead of delivering her to the financially promised land, Whitehead spent the money on luxury goods and other personal items, authorities said.

In another instance, Whitehead allegedly extorted a businessman for $5,000, then attempted to convince him to lend him $500,000 and give him a stake in a real estate transaction in return for favorable actions from the New York City government, which Whitehead knew he could not deliver.

He even lied to the FBI, according to authorities. When agents executed a search warrant, Whitehead told them he had no cell phones other than the one he was carrying, officials said.

According to officials, Whitehead had a second phone that he used frequently to communicate. Officials said he even used the second phone to send a text message referring to it as “my other phone” shortly after telling the agents he didn’t have any other phones. 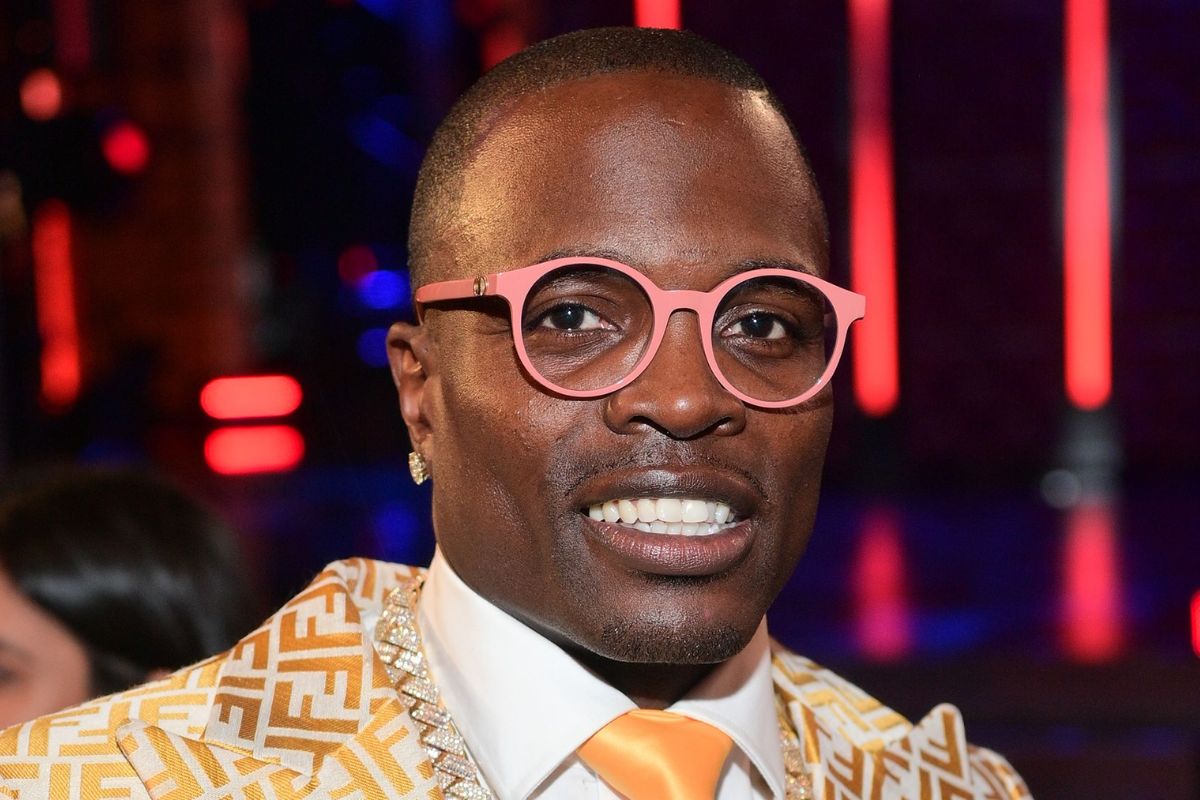 “Whitehead engaged in a number of deceptive schemes in order to obtain funds from his victims,” said FBI Assistant Director Michael Driscoll. “When speaking with authorities, Whitehead purposefully misled and lied to them.”

The bishop, dressed in a white hoodie and camouflage sweatpants, wiped tears from his eyes as his attorney, Dawn Florio, was heard on a hot microphone explaining the terms of his bail package.

Whitehead’s travel was restricted to New York, New Jersey, and Connecticut, and he was ordered to surrender any passports or travel documents he possessed. Judge Lorna Schofield ordered him not to contact any of the alleged victims or witnesses, and she also ordered Whitehead not to open any new lines of credit without the permission of pretrial services. Whitehead was released on a $500,000 bond.

“I just want to point out to the court that my client had never owned a passport, never applied for a passport,” Florio said, adding that Whitehead will “absolutely make no new” application for one.

“We are vigorously going to defend these accusations,” Florio said. “We feel that he is being targeted, and he is being turned from a victim into a villain. Now, everyone was wrong about Bishop Lamor Whitehead setting up the robbery at the church. People were arrested. He had nothing to do with that. This all stems out of a civil lawsuit that is being handled in civil court and he will be vindicated.”

Back in July, @georgejoseph94 and @yoavgonen reported allegations that Bishop Lamor Whitehead had defrauded a parishioner of $90,000. Today, Eric Adams "good friend" and "mentee" was arrested on charges related to that case, and others. https://t.co/3Kb8bOg8d2

Earlier, Adams, who has known Whitehead for years, described the allegations against him as “troubling,” but did not completely distance himself from him. “I’ve spent decades enforcing the law and expect everyone to follow it,” the mayor said. “I have also dedicated my life to assisting individuals with troubled pasts. While these allegations are troubling, I will withhold further comment until the process reaches its final conclusion.”

A source close to Adams said the mayor and Whitehead have known each other since before Adams became Brooklyn borough president in 2014.

The pastor’s father was Arthur Miller, a Crown Heights businessman who died in 1978 after being choked by an NYPD officer. According to the source, Adams and Whitehead met through Adams’ work with the 100 Blacks in Law Enforcement Who Care, a police reform advocacy group Adams co-founded while serving in the NYPD.

“They have a long history,” the source said of Adams and Whitehead. On social media, Whitehead frequently refers to Adams as a “mentor” and “friend,” saying Adams has “taught” him “a lot,” and the two have been photographed together on numerous occasions over the years. The year has been an eventful one for Whitehead. The gunpoint, caught-on-camera robbery of the pastor and his wife came while he was delivering a sermon in July.

The minister drives a Rolls Royce and has an affinity for Gucci suits and shiny jewelry. In May, he tried to orchestrate the surrender of Andrew Abdullah, the man accused of fatally shooting Goldman Sachs researcher Daniel Enriquez on the Q train. In September, Whitehead was briefly handcuffed after a clash with a woman during a Sunday service at his Remsen Ave. church.

And, last month, the bishop filed a $50 million lawsuit against a New York City hip-hop radio station and one of its hosts for calling him a “drug dealer” on the air. Whitehead said the accusation by 94.7 The Block’s morning host Miss Jones hurt his reputation. Whitehead posted a long rambling live video to his Instagram account the day before his arrest on federal charges.

Whitehead asked parishioners listening in to donate hundreds of dollars to his church near the end of the monologue and teased several “announcements” coming this week.

“It’s time to sow,” he says in the video. “You must sow. I need to know who is going to plant $300 right now. Sow $100. God will continue to bless you. It is a test of your faith.” He hyped an upcoming toy drive and seemed unaware he was going to be arrested the next day. “Y’all stay tapped into me this week,” he said in the video. “There’s going to be a lot of announcements.”