Foundation Missing? While We Wait for Season Two, Check Out These Five Sci-fi Stories!

Foundation on Apple TV Plus is the best science fiction show you can watch on a small screen.

Loosely based on the Foundation series of stories by iconic writer Isaac Asimov, the show stars Jared Harris as Hari Seldon, a mathematical genius who has created the Foundation, a group of the greatest living scientists, engineers, and historians – to stop an empire from falling into 30,000 years of turmoil.

He takes his newly formed team to a planet called Terminus, where they are given the job of keeping the Encyclopedia Galactica safe so that a second Empire can start at the end of the dark age.

The group runs into trouble with the ruling Clemons, who are clones of past emperors, and worries that they may be losing control of the galaxy.

With a budget of over $45 million, the show’s scale is vast and its visual effects are stunning. It’s hard-edged cerebral science-fiction with political intrigue thrown in.

Foundation has been a big hit for Apple TV Plus and a second season was swiftly commissioned, which began filming in April. Now, given the size and scale of the show, we don’t expect to see it on screen until 2023. So, to help tide you over until then, we thought we’d offer up five science-fiction sagas while you wait for season two… 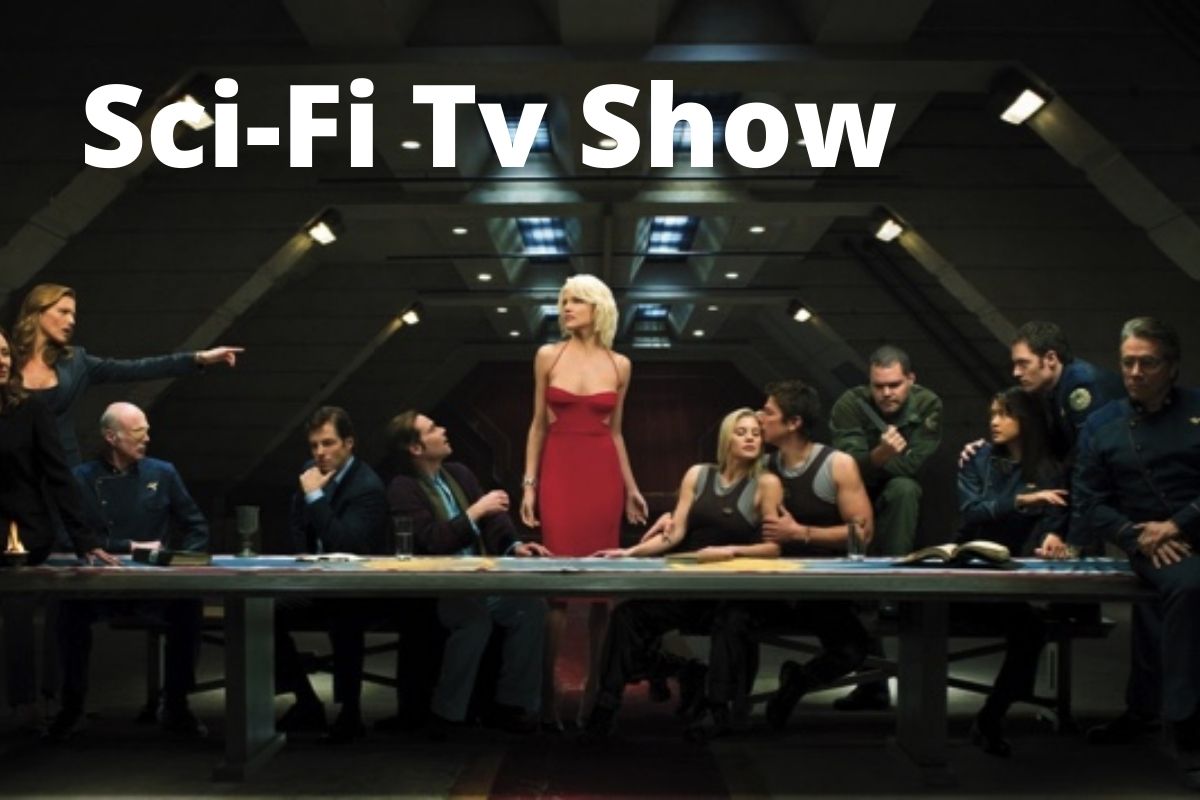 The group runs into trouble with the ruling Clemons, who are clones of past emperors, and worries that they may be losing control of the galaxy.

Altered Carbon is mostly set in the year 2384 and imagines a future where consciousness is digitized and stored in cortical stacks implanted in the spine. These stacks allow humans to survive death by having their memories and consciousness re-sleeved into new bodies.

Takeshi Kovacs is taken from a prison off-world and put into a ready-to-fight sleeve at the request of Laurens Bancroft, a wealthy aristocrat.

At the request of wealthy aristocrat Laurens Bancroft, Takeshi Kovacs is taken from a prison off-world and put into a ready-to-fight sleeve.

Bancroft was killed, and the last automatic backup of his stack was made hours before he died, so he has no idea who killed him or why. The police think he killed himself, but Bancroft is sure he wasn’t and wants Kovacs to find out what happened.

In the show’s first run, Kovacs was played by For All Mankind star Joel Kinnaman, but for the second he was re-sleeved into Anthony Mackie.

Altered Carbon is worth your time because it is beautiful to look at and has a tricky mystery to solve.

Another Life had another two seasons and is now on Netflix. It seemed like it was going to have a lot more, but it is still a good show to watch.

In Another Life, Katee Sackhoff played an astronaut named Niko Breckinridge. She led a crew on a mission to find out where an alien artifact came from and try to make contact with the aliens who sent it.

The mission turns out to be pretty hard, so Breckinridge and her crew find themselves in all kinds of danger quickly and often.

It’s clear where it got its ideas from, but Another Life is good, classic science fiction with a lot of heart.

Joss Whedon’s next move, after the huge success of Buffy the Vampire Slayer and Angel, was to make Firefly, a space western that was cut short after just one season but is still a cult favorite.

In the show, which is set in the year 2517, the crew of the Serenity goes on adventures. The crew is made up of freelance space soldiers who move from place to place and try to make money in any way they can.

After picking up a strange package, the crew finds out that they are wanted, which forces them to go into uncharted territory…

Firefly, which starred a young Nathan Fillion, Alan Tudyk, and Morena Baccarin, said more in its 14 episodes than a lot of TV shows say in their whole runs.

It has the same grandeur and ambition as Foundation, and fans of the Apple TV Plus shows are lucky to get a second season.

The Expanse is a lavish TV show based on the best-selling books by James S.A. Corey. It is another epic science fiction saga.

Set a very long time in the future, we are now in a universe where people have settled the solar system and Mars has become a military power on its own.

Naturally, tensions are rising between Earth and Mars, and the two planets are now in a Cold War-like situation like the USSR and the US. In the middle of all this, a veteran police detective, a ship’s captain, and his crew are asked to look into the disappearance of a woman. This could put them in the middle of a plot that threatens the fragile Cold War system…

After three seasons on SyFy, the show was canceled, but Prime Video brought it back for three more seasons, the last of which aired at the beginning of 2022.

The Expanse is another winner with devoted fans, big goals, and a plot that keeps changing.

Battlestar Galactica is a four-season, 76-episode epic that is one of the most important shows in modern science fiction television. It still holds up against anything that the new wave of science fiction writers and directors can come up with.

The show takes place in a faraway star system called the Twelve Colonies of Kobol, where a human civilization lives on a group of planets.

The people of the Colonies have been at war with the Cylons for a long time. The Cylons are a race of androids that the people of Colonies made. With the help of a human scientist named Gaius Baltar, who didn’t know what he was doing, the Cylons launch a sneak attack on the Colonies, destroying the planets and killing most of the people who live there.

The Battlestar Galactica is the only military capital ship that hasn’t been destroyed. Its crew is now sent into space to find a mythical thirteenth colony called Earth.

If you haven’t seen Battlestar Galactica yet, do so as soon as possible. It’s epic, exciting, and tries to do a lot.

Till Then, Keep Yourself All the Latest News From Our Website Journalworldwide and Get All the Recent Updates.
Share FacebookTwitterGoogle+ReddItWhatsAppPinterestEmail