After two years of COVID cancellations, Britain’s Glastonbury Festival returned this weekend in a swirl of joy and rage.

With more than 200,000 people going to Worthy Farm, many of whom came of age during the pandemic, the festival was a celebration, a triumphant return of the large-scale live music and festival culture that people have been missing for so long.

It was also an event for people of all ages, with the youngest and oldest headliners in the event’s history (Billie Eilish and Sir Paul McCartney respectively).

But, landing after the US Supreme Court decides to overturn Roe v Wade and with a war raging in Ukraine, it was also a highly charged political event. Though the festival is known for its political roots and still frequently features appearances from activists, it’s not every year the world’s biggest pop acts get in on the action too.

Here are some of the most important things that happened in the last five days. 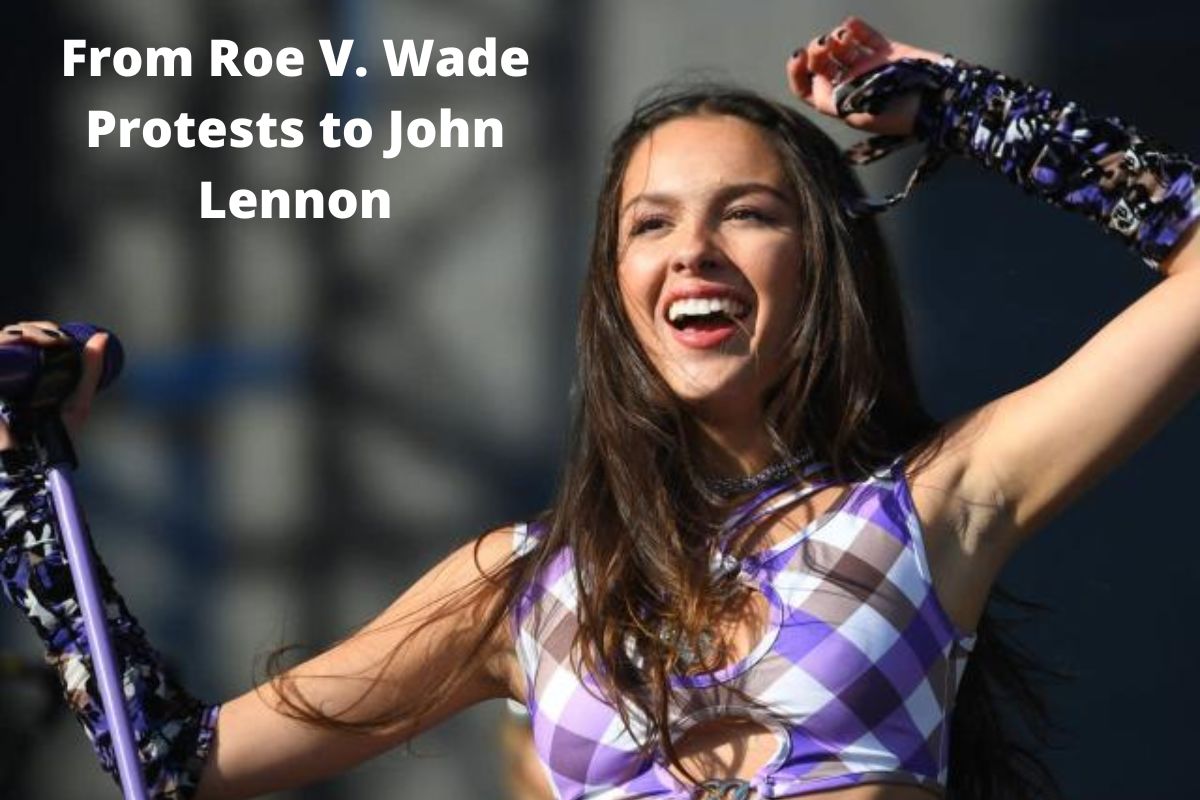 Even though Billie Eilish, Phoebe Bridgers, and Lorde all said harsh things about the Supreme Court over the weekend, 19-year-old Olivia Rodrigo’s words stood out the most.

The former Disney star talked about how important the decision was and said she was “devastated and terrified.” She then brought out Glastonbury legend Lily Allen to perform her 2009 hit “F—- You.”

Rodrigo said, “So many women and girls are going to die because of this.” “And I wanted to dedicate this next song to the five members of the Supreme Court who told us that they don’t care a shit about freedom.”

Paul McCartney made history when he played at Glastonbury a week after he turned 80. He was the oldest solo headliner in Glastonbury history. But his age didn’t stop him in the least.

McCartney played a huge set, both literally and figuratively. It lasted almost three hours and was full of old songs and surprises. He was joined on stage by Bruce Springsteen and Dave Grohl. Most surprisingly, he sang “I’ve Got a Feeling” with the late John Lennon in a “virtual duet.”

McCartney sang with Lennon’s parts of the song, which had been taken out of the original song. This was made possible with the help of director Peter Jackson, who worked on the recent Beatles documentary series Get Back. Both reviewers and people who went to the festival said the result was pretty great.

A reviewer for The Guardian said that the song was “truly moving.” “You hear McCartney’s voice at age 80, which is thinner and raspier than it used to be, next to Lennon’s voice, which has been frozen in time.”

McCartney said on stage, “I know it’s not real.” “But John’s name is John. We’re together again.”

In a video message that opened one of the main stages of the festival, Ukrainian President Volodymyr Zelensky asked festivalgoers to “spread the truth about Russia’s war,” donate to relief efforts and put pressure on politicians who can help bring peace.

He said, “We want to end the war before it hurts people in other parts of Europe.” “Now, Africa, Asia, and Latin America are all in danger.”

The singer of the band The Libertines, Pete Doherty, played right after the video message. He led the crowd in chanting Zelensky’s name, and later in the festival, McCartney waved a Ukrainian flag during his encore, which got a lot of cheers.

The Ukrainian group Kalush Orchestra, who won Eurovision this year, also played at the event. It was their first time performing in the UK.

Motown icon Diana Ross rightfully drew one of the biggest crowds of the festival, in Sunday afternoon’s “legends slot” (which has previously been given to Kylie Minogue, Lionel Richie, and Dolly Parton).

The 78-year-old singer went right into her hits like “I’m Coming Out” and “Baby Love.” She also talked about how much it meant to her to perform after the pandemic since she was originally on the schedule for the canceled 2020 event.

Even though some fans thought her voice wasn’t as good as it could have been, most agree that it didn’t matter because the set and Ross’s overall performance were a total joy and relief from what we’ve all been through in the past few years.

Ross, who was wearing a feather headpiece and a sequined robe, even came back for a second time to sing “I Will Survive” (a song she covered back in 1996). The song is perfect for these times.

Kendrick Lamar closes with a bang

Kendrick Lamar, a rapper who won the Pulitzer Prize, closed the festival with a very theatrical show that included an all-black dance group in suits and red dresses.

Songs from all of his albums were played, but the song Savior from his most recent album, Mr. Morale & the Big Steppers, was the most powerful moment.

With blood running down his face and a crown of thorns on his head, Lamar said, “Godspeed for women’s rights. They judge you, they judge Christ,” he said over and over again. Then, in the middle of a sentence, he threw the mic and left the dancers standing still on stage.

It might seem like a sad way to end a headline set, but for a politically engaged festival and a big weekend like this one, it’s a good way to end.

Ghislaine Maxwell Has Been Placed on Suicide Watch Prior to Her Sentencing!

These 41 Republican Senators Opposed an Expansion of Health…