Georgia’s highest court: The Georgia state supreme court reinstated the state’s abortion ban after six weeks of pregnancy on Wednesday. The high court stayed a lower court ruling that overturned the ban while it considers an appeal. On November 15, 2019, a Fulton County Superior Court judge, Robert McBurney, ruled that the state ban was unconstitutional because, when it was signed into law in 2019, US Supreme Court precedent under Roe v Wade and another ruling allowed abortion well beyond six weeks.

“It may someday become Georgia law,” McBurney wrote, “but only after our legislature determines whether the rights of unborn children justify such a restriction on women’s right to bodily autonomy and privacy in the full glare of public attention that will undoubtedly and properly attend such an important and consequential debate.”

The decision immediately prohibited statewide enforcement of the abortion ban. After six weeks, abortion providers resumed performing the procedure. However, the state attorney general’s office filed an appeal with the state supreme court, requesting that the decision be stayed while the appeal was heard.

The Georgia ban went into effect in July, following the Supreme Court’s decision to overturn Roe v Wade. When a “detectable human heartbeat” was present, the state ban prohibited most abortions. Around six weeks into a pregnancy, ultrasound can detect cardiac activity in cells within an embryo that will eventually become the heart. That means that most abortions in Georgia were effectively prohibited before many women knew they were pregnant. 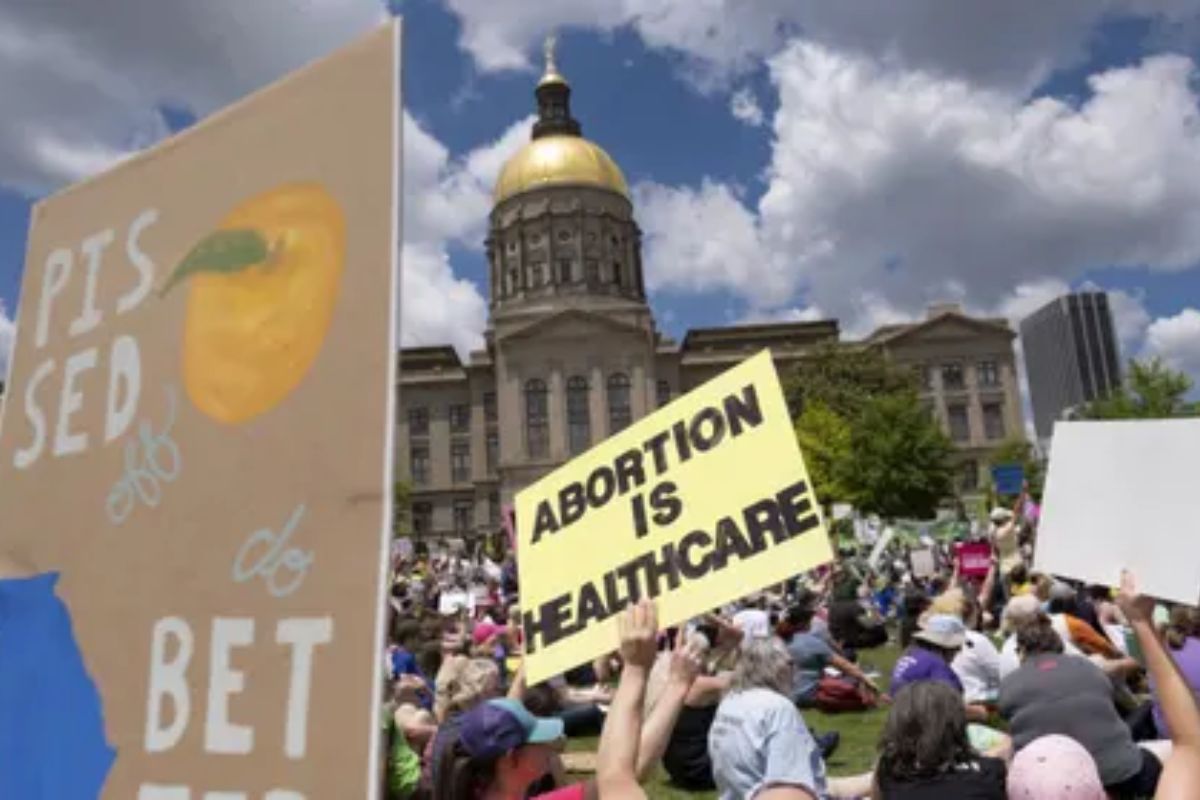 “The state of Georgia’s emergency petition seeking a stay of the order of the superior court of Fulton county in the above-styled action is hereby granted,” the order said. “To the extent the state also seeks an ‘administrative stay,’ that motion is dismissed as moot.”

In a statement, Amy Kennedy, vice president for external affairs of Planned Parenthood Southeast, said: “It is unconscionable that the Georgia supreme court has chosen to deny pregnant people the ability to decide what is best for their own lives and futures.”

“Reinstating this extreme abortion ban will cause immense harm, especially to Black Georgians and people with the fewest resources – who are least likely to be able to travel out of state for care and most likely to suffer severe medical consequences from forced pregnancy and childbirth,” said Julia Kaye, a staff attorney with the American Civil Liberties Union Reproductive Freedom Project. While this decision is devastating, the case is far from over.”

“We will never stop fighting to ensure that everyone, regardless of geography, race, or income, has the power to control their own bodies and futures,” she added. Georgia is currently preparing for a US Senate runoff on December 6 between incumbent Democratic Senator Raphael Warnock and Republican challenger Herschel Walker.

Despite his own abortion-related controversies, Walker has run on an anti-abortion platform. It is widely assumed that the threat to abortion rights contributed to Democrats’ better-than-expected performance in the national midterm elections this month.