After guiding Oregon through a series of crises, Gov. Kate Brown leaves office with a complicated legacy

Gov. Kate Brown leaves office: She was known for chatting with lobbyists, Republicans, and reporters before COVID-19 shut down the Capitol. She complimented the new glasses. She’d write a baby-welcome note by hand. She’s friendly and likes to spice up her legislative agenda with unique colloquialisms, such as telling people to wear “metal underpants” when things get tough and promising to “GSD,” or “get stuff done.”

Under her leadership, Democrats were able to pass legislation that they had been fighting for, such as raising the minimum wage, mandating paid sick leave, and protecting reproductive health care. For years, Democratic politicians have failed to secure increased school funding. Brown authorised a corporate tax that will send $1 billion to the state’s schools each year.

Brown was pushed into government by the political turmoil of 2015. Brown took over as governor after John Kitzhaber resigned over an ethics scandal. She is not an inexperienced governor. In the late 1990s, her law made public breastfeeding legal in Oregon. She was the state’s first female Senate majority leader and secretary of state, a position considered a stepping stone to governorship.

Brown enjoyed a brief honeymoon after taking over for Kitzhaber in 2015. Her friendliness stood in stark contrast to Kitzhaber’s aloofness. The consensus shifted quickly. She was chastised for her lack of vision and leadership.

Crisis-hit. repeatedly Massacre. Derailment of an oil train engulfed in flames. Armed takeover. Hundreds of thousands were forced to flee due to devastating wildfires. A lethal heat dome, racial injustice issues that turned the state’s largest city into a target, and a global virus that killed millions.

Brown required quick decisions. She closed schools to halt the spread of COVID-19. She enlisted the assistance of firefighters from neighbouring states and repurposed a hospital to house evacuees. She reached out to her political opponent, Vice President Mike Pence, and used their shared Midwestern roots to have federal officers removed from downtown Portland.

Brown’s supporters believe she will be remembered for her calmness in the face of adversity. Someone who can collaborate and listen without becoming obsessed with credit. Most Oregonians agree with Brown’s viewpoints; the state recently elected a governor with similar values.

The outgoing mayor’s perception and reality have not always matched. Brown’s approval ratings plummeted even when they supported her initiatives. People are upset about lockdowns that have forced restaurants to close, school closures that have resulted in learning loss, and a housing shortage.

Government agencies experienced high-profile failures during Brown’s tenure. Hundreds of pandemic checks were messed up by the state’s Employment Department. During the outbreak, rental assistance from the state housing agency was slow and ineffective. The Oregon Health Authority is struggling to build addiction treatment options as part of Oregon’s drug decriminalization push.

Brown may be unpopular because of this. She’s a woman, possibly. Or maybe because she never established a clear political identity. The state’s longest-serving lawmaker, Peter Courtney, worked closely with Brown. She led amid difficult times, he remarked. He said, “Kate Brown won’t be objectively appraised for a time.” “Long” 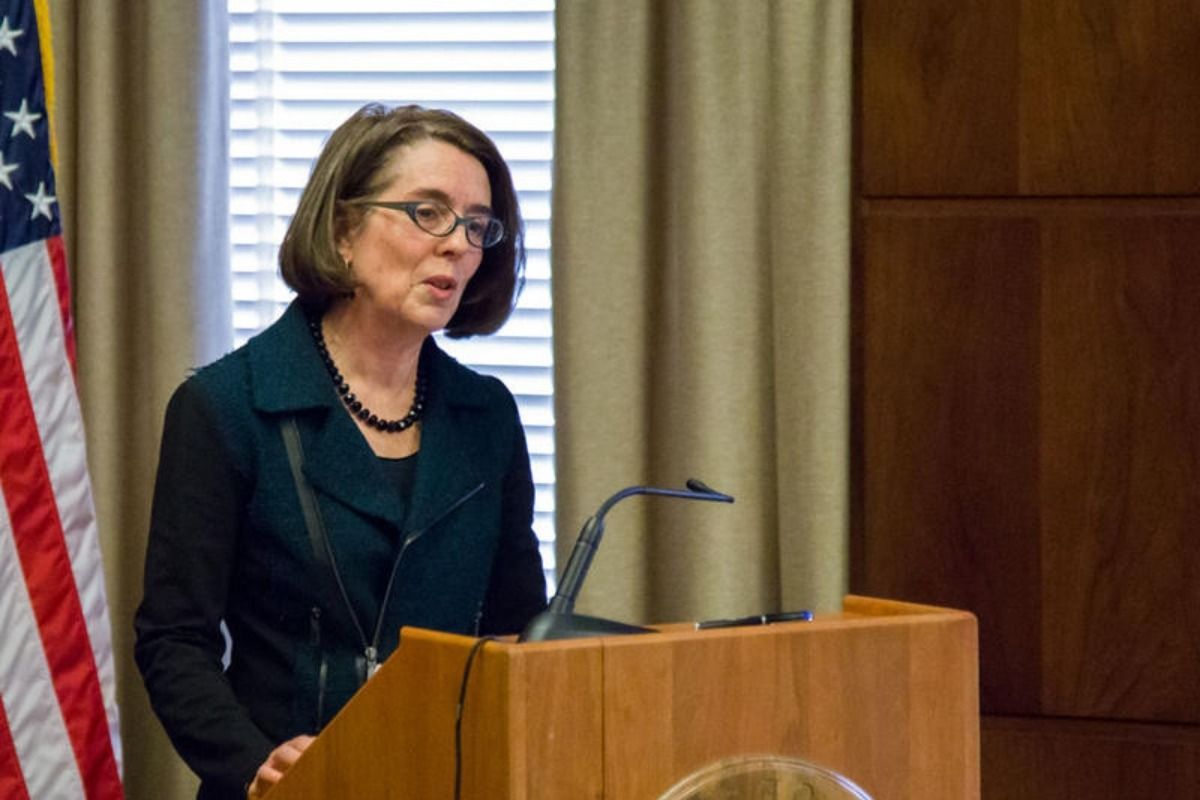 Her response to COVID-19 has shaped the governor’s reputation. Brown changed course early in the pandemic, when little was known about the deadly virus. She appeared to be vacillating on issues affecting the lives of Oregonians. She stated that public schools would not be closed on March 12, 2020. She announced a week-long closure 12 hours later, at 10 p.m.

She did so by executive order on March 23, 2020, just days after saying she would not force most Oregonians to stay at home. Whiplash has been reported. Republicans claimed she was only concerned with the executive branch. Others claimed she lacked speed and decisiveness. Kate Brown was thought to be following in the footsteps of her West Coast peers. Brown was elected after Govs. Jay Inslee and Gavin Newsom.

Schools were closed for an extended period of time under Brown (after closing them in March 2020, she ordered them to reopen full-time or hybrid in March 2021), and she prioritised vaccinating teachers over the elderly (or at least those not living in nursing homes and assisted living facilities), and she took a long time to lift the mask mandate.

Oregon performed well on a variety of measures, including the death rate, hospital stress, and vaccination rates. Morning Consult ranked her as the least popular governor in the country in April 2022. Brown: “We based choices on science and data, not polls.”

Oregon’s second woman governor is Brown. She stated women are viewed differently than males but declined to say if sexism motivated her disfavor. First-term Gov. Barbara Roberts shared her opinion. Roberts claimed only she and Kate Brown faced recall campaigns in California history. Roberts: “Our similarity is clear.” Some individuals don’t perceive women as leaders and don’t want them to instruct them on what to do.

Gov. Kate Brown has led Oregon through crisis after crisis — a mass shooting, devastating wildfires and COVID-19, to name a few.

As she hangs up the metal underpants and leaves office, why does everyone seem to hate her? https://t.co/uMs8fmuPPm

Brown’s legacy may be more about how she reformed the state’s judiciary, abolished the death penalty, and reduced the prison population than about COVID-19. When Brown graduated from law school in 1985, the Oregon Supreme Court had only one female justice. The court had never had more than two women before Brown became governor.

“When I became governor, I immediately changed that,” Brown said. Brown commuted all death sentences and destroyed the execution chamber in her final weeks as governor. Every justice on Oregon’s highest court has now been appointed by Brown. Since 2015, she has appointed 56 women, 55 men, and 1 non-binary judge. She has appointed 27 people of colour to the bench, including two Native Americans and eight LGBTQ+ justices.

On election night in November, Democrats gathered at the Hyatt Regency at the Oregon Convention Center. Due to the closeness of the race, Tina Kotek, the Democratic nominee and eventual winner, did not take the stage until nearly 11 p.m.

Democrat after Democrat entered the stage to fill the void. Senators Ron Wyden and Jeff Merkley of Oregon were the first to speak. As the evening progressed and the results remained close, unknown Democrats jumped up on stage and filibustered.

Brown attended the gathering, but she remained silent for much of the time, giving the impression that she was a political outcast within her own party.

Veterans In Oregon Now Have Access To Free Dental Insurance

Carl Crawford Net Worth: How the Former Baseball Star Built…

Who Is Bridget Moynahan Husband? All Details Regarding her…

Affidavits 2 More Pregnant Minors Who Were Raped Were Denied…