On Friday night, the House of Representatives voted to ban assault-style weapons. The bill is now in the Senate, where it is not expected to move forward.

Democrats Henry Cuellar of Texas, Jared Golden of Maine, Ron Kind of Wisconsin, Vicente Gonzalez of Texas, and Kurt Schrader of Oregon all voted against the ban. Brian Fitzpatrick of Pennsylvania and Chris Jacobs of New York, both of whom are Republicans, voted in favour of the bill.

Even though the bill isn’t likely to get the 60 votes needed to get past a filibuster in the Senate, many Democrats in the House said that recent mass shootings with these kinds of guns were a pressing reason to ban them.

“Today, our Democratic Majority will take up and pass the Assault Weapons Ban legislation: a crucial step in our ongoing fight against the deadly epidemic of gun violence in our nation,” Pelosi said in a letter to members of her caucus ahead of the vote.

Progressives, moderates, and members of the Congressional Black Caucus have different ideas about how to handle the funding for police in a larger public safety package, which was not voted on Friday. Sources say that talks about that proposal are still going on, but the main negotiators hoped to find a solution to both issues so that both packages could be voted on as soon as Friday. 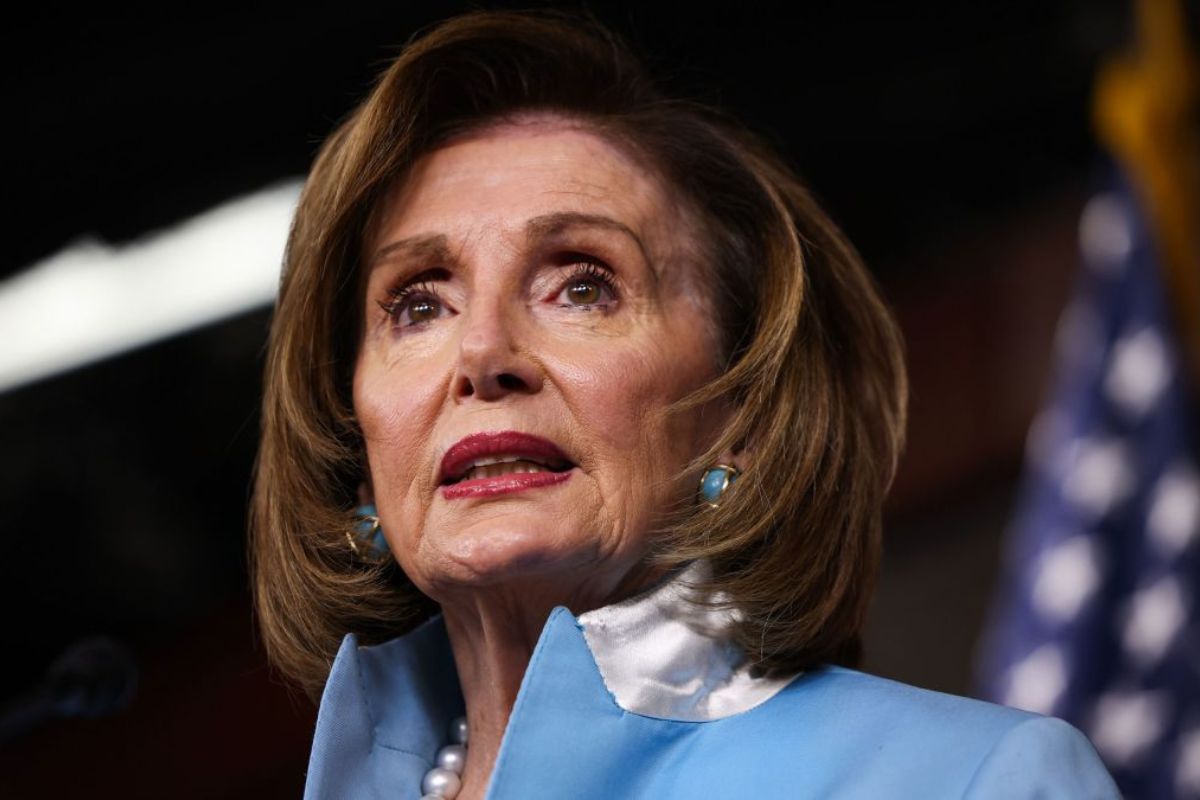 Moderate and vulnerable Democrats wanted a vote on the policing bill before they left town to defend themselves against GOP attacks about cutting police funding, but members of the CBC were worried and have been pushing for accountability language.

Late Thursday night, Pelosi, Congressional Black Caucus Chairwoman Joyce Beatty of Ohio, and moderate Democratic Rep. Josh Gottheimer of New Jersey worked out a deal to try to combine both pieces of legislation. But other people in the Congressional Black and Progressive caucuses were angry that they weren’t kept in the loop. This is why the Democratic leadership decided to split the bills up in the end.

Friday morning, members of the Congressional Black Caucus met, and sources say that many of them were upset that they didn’t have the same negotiating power as other members.

A staff member of a CBC member told CNN, “This was supposed to happen in a few weeks to give us time to work out better ways to hold police accountable.” “Then they sprung this deal on us in the middle of the night, without any hearings, committees, or even time for members to read the text, let alone debate it.”

CNN asked Beatty about the fight, and she said there were no problems in her caucus

“There is no disappointment with the Congressional Black Caucus,” she said. “We have a big tent. And what I am most proud of, is that we were able to go today and take a leadership role. Look at where we were 48 hours ago.”

She added: “There was no failure here.”

The House is supposed to leave Washington on Friday evening for a month-long break. Pelosi could call lawmakers back to Washington before September for certain reasons. She would probably do this if Senate Democrats pass a separate bill on climate change and drug prices in the next few weeks.

On Friday, Pelosi, Gottheimer, members of the Congressional Black Caucus, and others met on the House floor with Gottheimer and others to talk about how to handle a procedural vote. In the end, the decision to split the package was made public during the vote.

This year, Congress passed a bill to stop gun violence that was supported by both parties. This was the first major federal gun safety law in decades. There were millions of dollars in the bill for mental health, school safety, and programmes to help people in a crisis. There were also incentives for states to add juvenile records to the National Instant Criminal Background Check System. It also made big changes to how someone between the ages of 18 and 21 can buy a gun and closed the so-called “boyfriend loophole.” This was a big win for Democrats, who have been fighting for this for a long time.

At a hearing before the House Oversight Committee on Wednesday, the CEOs of two major gun companies were asked about their sales of AR-15-style guns, which have been used in many of the deadliest mass shootings in the United States.

The committee chairwoman, Democratic Rep. Carolyn Maloney of New York, said, “This is a very dangerous weapon made to kill enemy soldiers on the battlefield.” “Yet the gun industry has made a lot of money by flooding our neighbourhoods, schools, and even churches and synagogues with these dangerous weapons.”

The committee also released the results of their investigation, which say that gun companies that sell assault-style rifles have used questionable ways to market them, such as appealing to White supremacists, “preying” on young men’s sense of masculinity, and running ads that look like video games.

“Azov” Declares a Hunt for Everyone Involved in Mass Murder of Prisoners in Olenivka!

Biden asks US Congress to block railroad strike that could…

The Daily Life of the Immortal King Season 3: Release Date…