At least eight people died in Seoul on Monday after record rainfall flooded homes, roads, and subway stations in the South Korean capital. The power went out and hundreds of people had to leave their homes because of the flooding, according to officials.

South Korea’s Interior and Safety Ministry said three of those who died had been trapped in a flooded semi-basement. Nine others were injured and at least seven people remain missing, the ministry said.

Cars submerged on a road in Seoul, South Korea, during heavy rains and flooding on August 8, 2022.

Since Monday at midnight local time, there has been a total of 422 millimeters (16 inches) of rain in parts of Seoul. This caused the highest Level 3 emergency alert to be issued by the government. The city got 141.5 millimeters (5.57 inches) of rain per hour, which is the most rain ever recorded since people started keeping track. 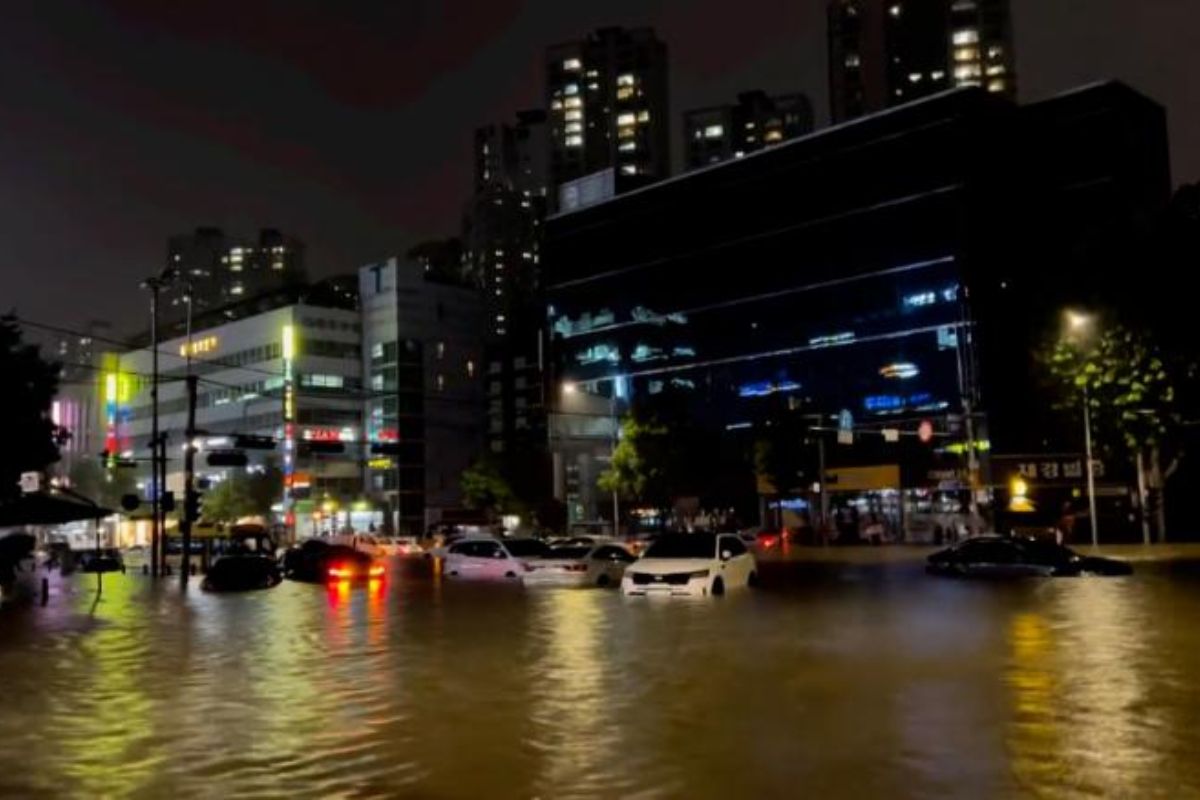 Photos from across the city show severe flooding, with people wading across roads up to their thighs in water.

Even though most of the floodwaters had gone down by Tuesday morning, cars and buses were still scattered across roads and sidewalks, making it hard for people to get to work.

The Seoul Metro says that in some parts of Seoul, clogged drains sent water back into the streets and subway stations. Due to flooding, several subway stations were closed and lines were temporarily stopped Monday night. As of Tuesday morning, officials were still working on getting the stations back open.

Several places south of the Han River were hit the hardest. Some buildings and stores in the wealthy and modern Gangnam district were flooded and lost power.

Flooding damaged more than 700 homes and businesses, so authorities sent about 800 people to schools, gyms, and community centers, where some of them went on their own.

South Korean President Yoon Suk Yeol sent his condolences to the victims on Tuesday, saying he would conduct an on-site inspection and work to prevent additional damage.

He also said that the country’s disaster management system needs to be looked at since extreme weather is likely to happen more often because of the climate crisis.

Many countries across East Asia are now experiencing more intense daily rainfall, with summer monsoons expected to grow stronger and more unpredictable as the Earth warms, according to the Intergovernmental Panel on Climate Change.

Heavy rain is expected to continue on Tuesday, with up to 100 millimeters (3.9 inches) of rain per hour in some regions, according to the country’s Meteorology Administration.

Parts of Japan also saw downpours on Monday night, with some regions of Hokkaido reporting flooding — but no injuries as of Tuesday. Authorities have warned of the risk of flash floods and landslides.