Indiana’s near-total ban on abortion will take effect on Sept. 15.

Gov. Eric Holcomb announced late Friday that he had signed Senate Bill 1 within an hour of its passage, capping a marathon day that saw both chambers pass the bill outlawing abortion except for several narrow exceptions.

“Following the overturning of Roe, I stated clearly that I would be willing to support legislation that made progress in protecting life,” Holcomb said. “In my view, SEA 1 accomplishes this goal following its passage in both chambers of the Indiana General Assembly with a solid majority of support.”

Late Friday, the Indiana Senate voted 28-19 to accept Senate Bill 1 as it had been passed by the House earlier in the day. This makes the Indiana legislature the first in the country to put restrictions on abortion since the U.S. Supreme Court overturned Roe v. Wade and made it possible.

“It makes Indiana one of the most pro-life states in the nation,” said Rep. Wendy McNamara, R-Evansville. 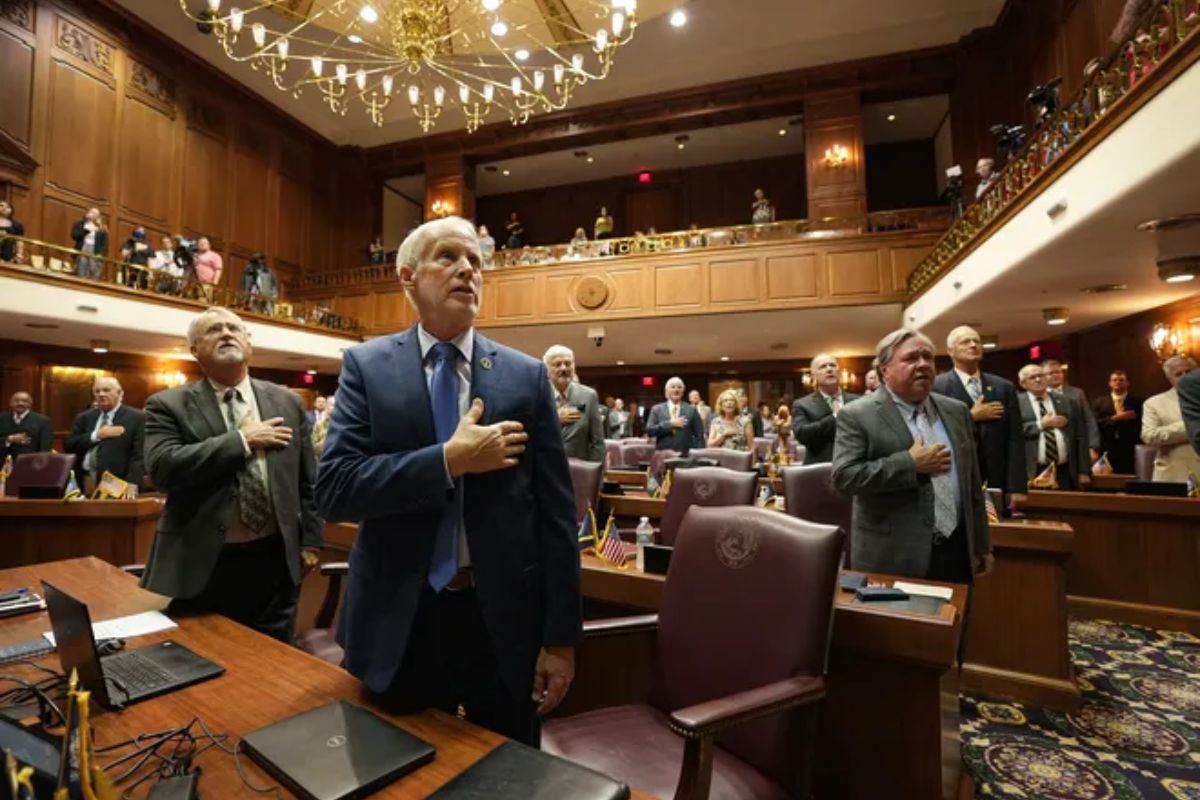 The bill passed the House, 62-38, on Friday afternoon. The chamber’s 71 Republicans split on the issue, with nine voting against the bill. The party has been divided on the issue, with some feeling the bill goes too far in restricting abortion and others feeling it doesn’t go far enough.

McNamara carried the bill in the House. She said Friday the goal of the bill was to strengthen protections for women and babies. The majority of Republicans wanted to see a stronger bill, without exceptions for rape and incest, but most ultimately settled for what they could get passed.

“Ultimately, they’re looking at the opportunity for 99% of abortions in the state of Indiana to be eliminated one way or the other,” she said after the vote Friday. No Democrats voted in favor of the bill.

As the House’s soft-spoken chaplain led the chamber in an invocation to open the final day of the two-week special legislative session Friday – called to pass financial relief but coopted to ban abortion after the Supreme Court’s Dobbs decision in late June – a small but vocal contingent of abortion-rights protesters nearly drowned out her appeal to God with chants of “bans off our bodies.”

The crowd of protesters flocking to the Statehouse had shrunk considerably since the start of the abortion debate last week. A dozen or so people holding signs watched the proceedings from large windows at the back of the House chamber and another dozen or so, including several anti-abortion activists, dotted the viewing gallery.

Likely all of them were disappointed with the bill passed Friday, which bans abortion except in cases of rape, incest, fatal fetal anomalies, and when the life of the pregnant person is in danger.

Polling has consistently demonstrated that a majority of Hoosiers support at least some degree of abortion access.

Anti-abortion groups have opposed SB 1 because of the few cases in which it would still allow abortion. Last week, Indiana Right to Life said it “did not wait 50 years for the full reversal of Roe vs. Wade for this.”

Thursday night, most Republicans in the House tried to get rid of the exceptions to the abortion ban for rape and incest. It didn’t work, just like it didn’t work in the Senate last week.

Rep. John Jacob, R-Indianapolis, is one of the chamber’s most extreme abortion opponents and supported a failed effort to turn the bill into a total abortion ban, without exceptions. On the floor Friday, Jacob said he would vote against SB 1 because “it is a weak, pathetic bill that still allows babies to be murdered.” Jacob lost his Republican primary race in May.