Knicks Size Increase Mark Williams of Duke and Nerlens Noel Are Again on the Trade Block!

The uncertainty of the New York Knicks center rotation may lead them to take a flier on Duke’s Mark Williams.

Williams has visited five lottery teams, including the Knicks.

Williams, who is 7 feet 2 inches tall, is the current ACC Defensive Player of the Year. He blocks 2.8 shots per game and changes a lot of rim attempts. He is one of the five Duke players who are expected to be drafted, and he could be the third Blue Devil after Paolo Banchero, who is expected to go in the top three, and AJ Griffin. The NBA Draft is on Thursday.

He is expected to be a late lottery pick because of his size (nearly 7-foot-7 wingspan and 9-foot-9 standing reach), speed, and mobility. Williams can’t jump to the top of the draught because he doesn’t have much range. But inside the paint, he almost always scores (83.4 percent conversion rate at the rim, per Hoop-Math).

Overall, Williams shot 72.1 percent from the field. According to Sports Reference’s men’s college basketball Play Index, he was the first Duke player to shoot better than 70 percent on more than 100 field goals in a season since 1992.

Both ESPN and Bleacher Report predict he would go to the Hornets either at No. 13 or No. 15. But with Mitchell Robinson’s looming free agency and the murky status of Nerlens Noel, it’s not far-fetched that the Knicks would take a hard look at Williams when they are on the clock on Thursday night. 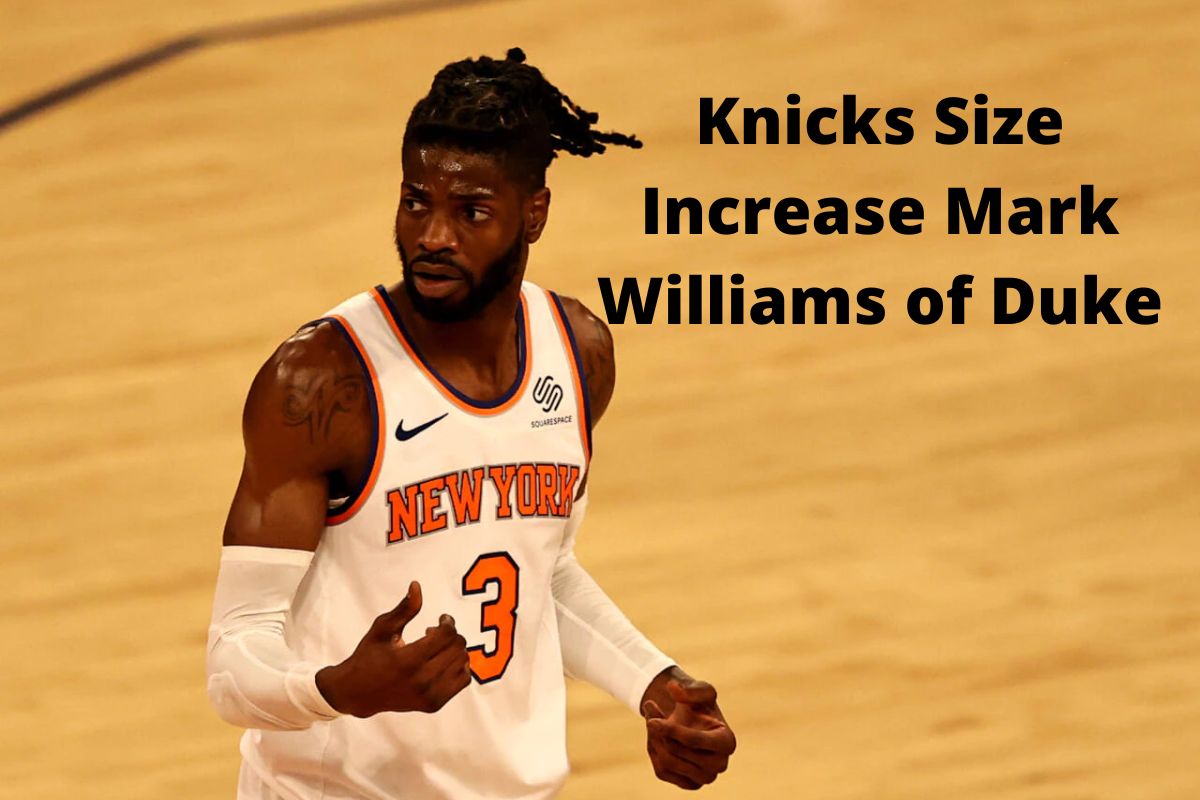 Noel has been hurt so much that he has only played in 25 games. He is reportedly back on the trading block.

At the trade deadline in February, Noel was almost sent to the Toronto Raptors and the Los Angeles Lakers. However, the deal fell through. Since Jericho Sims became more important in the second half of last season, Noel could no longer be used.

If the Knicks could get rid of Noel, they would probably turn Sims’ two-way contract into a regular one so he could play in more than 50 regular-season games.

It could also mean the Knicks are likely to retain Robinson especially after the Dallas Mavericks have scooped up their starting center in Christian Wood and the Detroit Pistons reportedly eyeing Phoenix Suns’ disgruntled center Deandre Ayton.

If Ayton signs with another team, the Pistons, and the Chicago Bulls are likely to go after Robinson. Robinson can sign a new deal with the Knicks until June 30.

Williams is a good backup choice for the Knicks because he has a similar set of skills and a better offensive ceiling on a rookie deal.

Till Then, Keep Yourself Updated With All the Latest News From Our Website Journalworldwide and Get All the Recent

Who is Manon Mccrory-Lewis? Wiki, Biography, Age, Net Worth,…

Congress Passes Bipartisan Gun Legislation and Sends It to…