Manny Khosbhin Net Worth: Manny Khoshbin has an estimated net worth of $80 million. Manny Khoshbin is an Iranian businessman, investor, and YouTuber who is the president and CEO of “The Khoshbin Company,” a commercial real estate corporation. Khoshbin arrived in America from Iran when he was 14 years old, living in a car with his entire family.

He started his professional career in business shortly after graduating from high school. He has amassed a real estate empire by privately purchasing and selling over $1 billion in property with no outside funding. He is the author of the 2018 book Driven: The Never-Give-Up Roadmap. On social media, he is mostly known for flaunting his extravagant lifestyle and lavish car collection.

Manny Khoshbin was born on the 14th of January 1971 in Iran. He was just 14 years old when the entire family moved from Iran to the United States.

After moving to this new country the family had no money and Khoshbin even lived in a car with his four siblings until his father could find a job.

Manny Khoshbin Net Worth is estimated to be around $80 million as of 2022, making him one of the wealthiest real estate businesspeople in the United States of America.

The majority of his income comes from the real estate industry, where he has already amassed a sizable fortune. His earnings are also derived from other ventures such as his books and YouTube channel. Khoshbin has over 1.5 million subscribers on his YouTube channel, where he uploads garage tours and shows off his luxurious lifestyle. 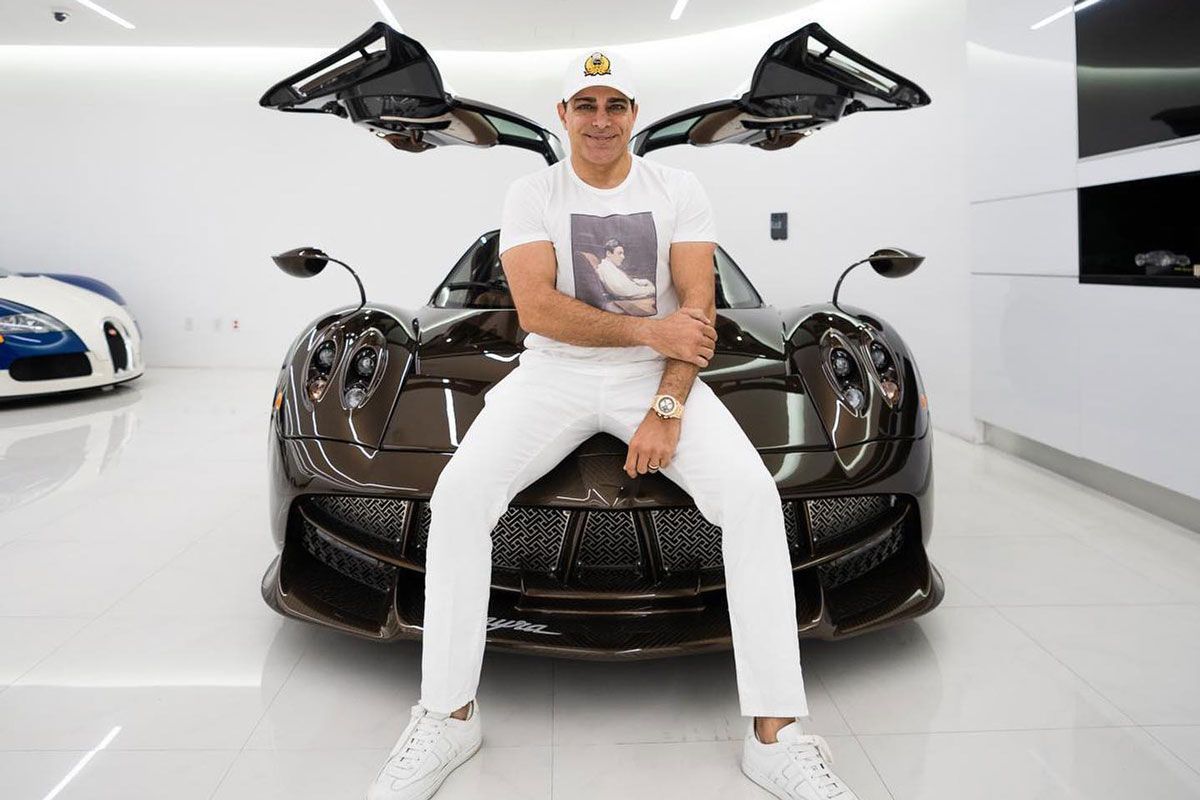 Manny obtained his first work at the age of 16 at K-Mart, gathering carts and cleaning floors for $3.15 an hour. After a year of mopping the floor at K-Mart, Manny was promoted to athletic goods assistant manager. Even though that was impressive, he desired to construct something considerably larger.

After a few months, he decided to quit and start working for a multi-national marketing organization, which required him to go door to door selling various foods. Within the first two months, he had become the company’s top revenue salesman. He, too, discovered a way to cut costs in order to increase revenue.

After having a decent amount of experience Khoshbin established his own company by the age of 18 during his senior year in high school. He ran a small warehouse space and created his own business reselling various types of products that he had bought at a low cost and sold for a profit. However, due to some health codes, his business was shut down. He wasted no time and went into business with a tire shop, which hired him as an assistant manager after a year he left to venture into his own business.

In 1991, Khoshbin entered into an agreement with one of his father’s acquaintances to purchase a gas station with as little as a 10% down payment. He undoubtedly leaped at the opportunity, putting his entire savings and all of his investments into that enterprise, but the contract with the gas station turned out to be a hoax. Then he only left a bank account. Manny received his real estate license in 1992 after coming up with the idea of beginning a new real estate business.

Keeping the people of Iran in my thoughts 🙏🏼 #Mahsa_Amini

Manny then worked as a loan officer for a mortgage company for six months before obtaining his real estate licence. After obtaining that licence, he established a mortgage and real estate company and began investing in troubled and other properties owned by banks.

That was the tipping point in his career, bringing him to the forefront and allowing everyone in the real estate firm to recognise him. His fortune grew considerably over time, and he began receiving proposals from numerous other businesses to partner with them.

The Coch Ben Group now owns 2.2 million square feet of commercial real estate across six states. During his long career in commercial real estate, he has bought and sold property worth more than $450 million. Aside from real estate, he has expanded his career to include investments in a variety of other businesses. In 2011, he released his book “Manny Khoshbin’s Contrarian PlayBook: How to Build Your $100 Million Real Estate Portfolio From the Ground Up.”

Manny Khoshbin married Leyla Milani in June 2011. They are the parents of two children. His wife Leyla rose to prominence during the World Wrestling Entertainment Diva Quest in 2005. She competed against several other female wrestlers that aspired to join the WWE. She began appearing in WWE Raw commercials after that.

She soon decided to leave wrestling and spend the next four years modeling for the popular game show “Deal Or No Deal.” Aside from her appearance in the modeling competition, Leyla has appeared in several television shows over the course of her career, including Curb Your Enthusiasm and others. In 2012 the couple welcomed their first child a son named Enzo. Later in 2016 their daughter named Priscilla was born.

In this article, we discuss about Manny Khosbhin Net Worth if you like this article then stay tuned with us and read our other articles Scrub Daddy and  Jenna Ortega on our site Journalworldwide.com.