In the months before the FBI’s dramatic move to execute a search warrant at former president Donald Trump’s Florida home — and open his safe to look for items — federal authorities grew increasingly concerned that Trump or his lawyers and aides had not, in fact, returned all the documents and other material that was government property, according to people familiar with the discussions.

Officials became suspicious that when Trump gave back items to the National Archives about seven months ago, either the former president or people close to him held on to key records — despite a Justice Department investigation into the handling of 15 boxes of material sent to the former president’s private club and residence in the waning days of his administration.

Over the course of months of talking about the issue, some officials also came to think that Trump’s representatives weren’t always telling the truth, according to people with knowledge of the situation who spoke on the condition of anonymity because an investigation is still going on.

In the spring, people familiar with the investigation said, Justice Department and FBI officials traveled to Mar-a-Lago to speak to Trump’s representatives, inspect the storage space where documents were held, and express concern that the former president or people close to him still had items that should be in government custody.

By that point, officials at the National Archives had been aggressively contacting people in Trump’s orbit to demand the return of documents they believed were covered by the Presidential Records Act, said two people familiar with those inquiries. Like the others, they spoke on the condition of anonymity to discuss details of the investigation. 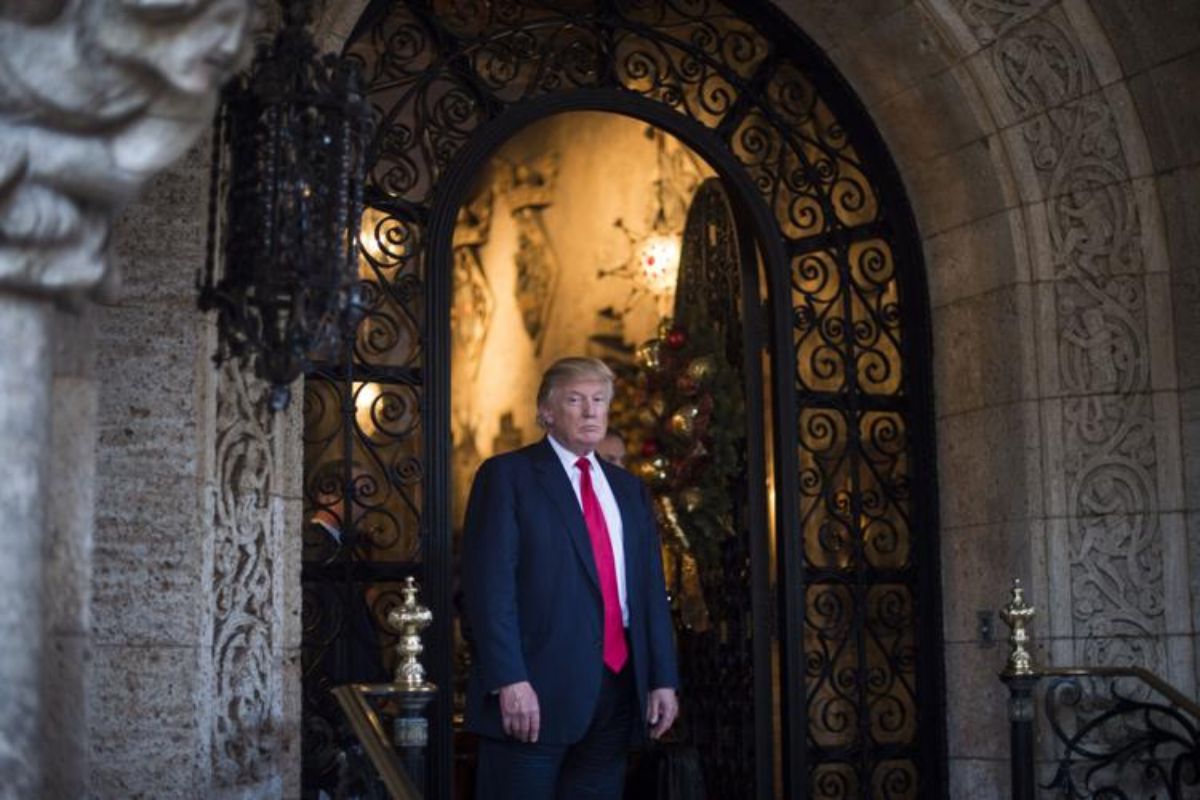 Christina Bobb, a lawyer for Trump, said his lawyers engaged in discussions with the Justice Department this spring over materials held at Mar-a-Lago. At that time, the former president’s legal team searched through two to three dozen boxes of material contained in a storage area, hunting for documents that could be considered presidential records, and turned over several items that might meet the definition, she said.

In June, Bobb said, she and Trump lawyer Evan Corcoran met with Jay Bratt, the chief of the counterintelligence and export control section at the Justice Department, along with several investigators. Trump stopped by the meeting as it began to greet the investigators but was not interviewed. The lawyers showed the federal officials the boxes, and Bratt and the others spent some time looking through the material.

Bobb said the Justice Department officials commented that they did not believe the storage unit was properly secured, so Trump officials added a lock to the facility. When FBI agents searched the property Monday, Bobb added, they broke through the lock that had been added to the door.

The FBI removed about a dozen boxes that had been stored in the basement storage area, she said. Bobb did not share the search warrant left by agents but said that it indicated agents were investigating possible violations of laws dealing with the handling of classified material and the Presidential Records Act.

Trump announced Monday that the FBI had searched Mar-a-Lago and his safe, decrying the move as the latest unfair action against him by the Justice Department and FBI. Spokespeople at both agencies declined to comment.

When asked Tuesday if the former president or his advisors had hidden documents or lied, Trump spokesman Taylor Budowich said that the FBI’s move was “not only unprecedented, but also completely unnecessary.”

One adviser who spoke to Trump after the search said the former president said there is “nothing to worry about” and has claimed he would have no problems because of the search. In fact, the former president sounded buoyed by the development, bragging about how many Republicans were supporting him publicly, and said he thought the search would help him politically in the end, this person said.

“It furthers his inclination to run and galvanizes the Republican base on his behalf,” said Jason Miller, a longtime adviser and spokesman.

Some of Trump’s advisers have urged him to move up his expected announcement that he will run for president in 2024 and make it soon at Mar-a-Lago, with the FBI search as a backdrop. But Trump has made no commitment to doing so, one person with direct knowledge of the conversations said.

Two people familiar with the initial recovery of the materials at Mar-a-Lago said that Archives officials believed that more records were missing and were skeptical that Trump had handed everything over. As the investigation gained steam, some Trump advisers have sought to stay away from the issue, fearing it would become a messy legal and political situation, according to people familiar with the discussions.

After the search on Monday, lawyers close to Trump asked for advice or suggestions of criminal defence lawyers who could represent him in federal court in South Florida to challenge the basis of the search warrant, said a person who was in on those conversations. This person said that the lawyers said the warrant was related to claims that Trump kept classified information for himself.

Trump already has a number of lawyers working for him, but it is not unusual for people who are being investigated to hire local lawyers to help them through a certain court district.

Tuesday, a lot of people who really support Trump came to West Palm Beach to show their support. Adriane Shochet, 64, of Lake Worth, Florida, bought a broomstick for $14, put an American flag on it, and waved it while standing on a causeway that looks down on part of Mar-a-Lago.

“I just needed to come out and show the whole free world that this is frightening, and if they can do this, what’s next?” Shochet said. “This is the polar opposite of whatever effect politically they thought they were going to get because all it’s doing is empowering the right politically.”

Drivers who drove by honked in support. One man stood on the bridge that goes over the Intracoastal Waterway and held the American flag upside down. This is a sign that the country is in trouble, according to the man.

Pat Stewart, who is 85 years old, found the “Trump 2020” flag that used to fly in front of her house in Jupiter, Florida. She had put it away until the next presidential election, which is in 2020. For the next few hours, she stood in the sun with an 85-year-old friend from Michigan who was visiting. Both of them waved at passing cars.

“I was very angry, very angry, and very upset, that our government would do this to an ex-president,” Stewart said. Even though aides said Trump was in New York and at his golf club and residence in Bedminster, New Jersey, this week, she held out hope that he was at Mar-a-Lago.

“We want him to come out and announce he’s running for president,” Stewart said.

One person familiar with the investigation said agents were conducting a court-authorized search as part of a long-running examination into why documents — some of them top-secret — were taken to the former president’s private club and residence instead of shipped to the National Archives and Records Administration when Trump left office. The Presidential Records Act, which requires the preservation of memos, letters, notes, emails, faxes and other written communications related to a president’s official duties.

In January, the National Archives went to Mar-a-Lago and got 15 boxes full of documents and other things. David S. Ferriero, who was the US archivist at the time, said in a February statement that Trump’s people were “continuing to search” for more records.

Some people close to the president said that Trump didn’t hand over some of the boxes for months because he thought that many of the items were his own and didn’t belong to the government. Eventually, he agreed to give them some of the documents. As one adviser put it, he “gave them what he thought they were entitled to.”

Letters and notes from foreign leaders, like Kim Jong Un of North Korea, were among the things Trump took from the White House.

It is very rare to search the property of a former president for possible proof of a crime, and it would probably need approval from the highest levels of the Justice Department.

A department spokeswoman declined to comment when asked whether Attorney General Merrick Garland approved the search.

The search triggered a torrent of outrage from Trump and his political supporters, along with vows to investigate the Justice Department and the FBI.

Till Then, keep yourself Updated with all the latest news from our website Journalworldwide.

Everything We Know So Far About ‘Hunter X…