A busload of about 50 migrants dispatched to New York City by Texas Gov. Greg Abbott arrived early Friday as the Lone Star State Republican continued his war with the White House over its open border policies.

Around 6:30 a.m., a chartered bus brought the migrants to the Port Authority Bus Terminal in Midtown. In a callous news release, Abbott said that New York was now “a drop-off location” for people going to Texas.

Alfonso Ruiz is one of about 25 men who arrived from Texas on a military bus around 6 a.m.

“The journey by bus, was tough. It was 36 hours from Texas,” Ruiz, 40, said. “It took about two days. Stopping and shouting and stopping almost all day.”

But that was nothing compared to the two months it took him to walk from Venezuela to the U.S. border. 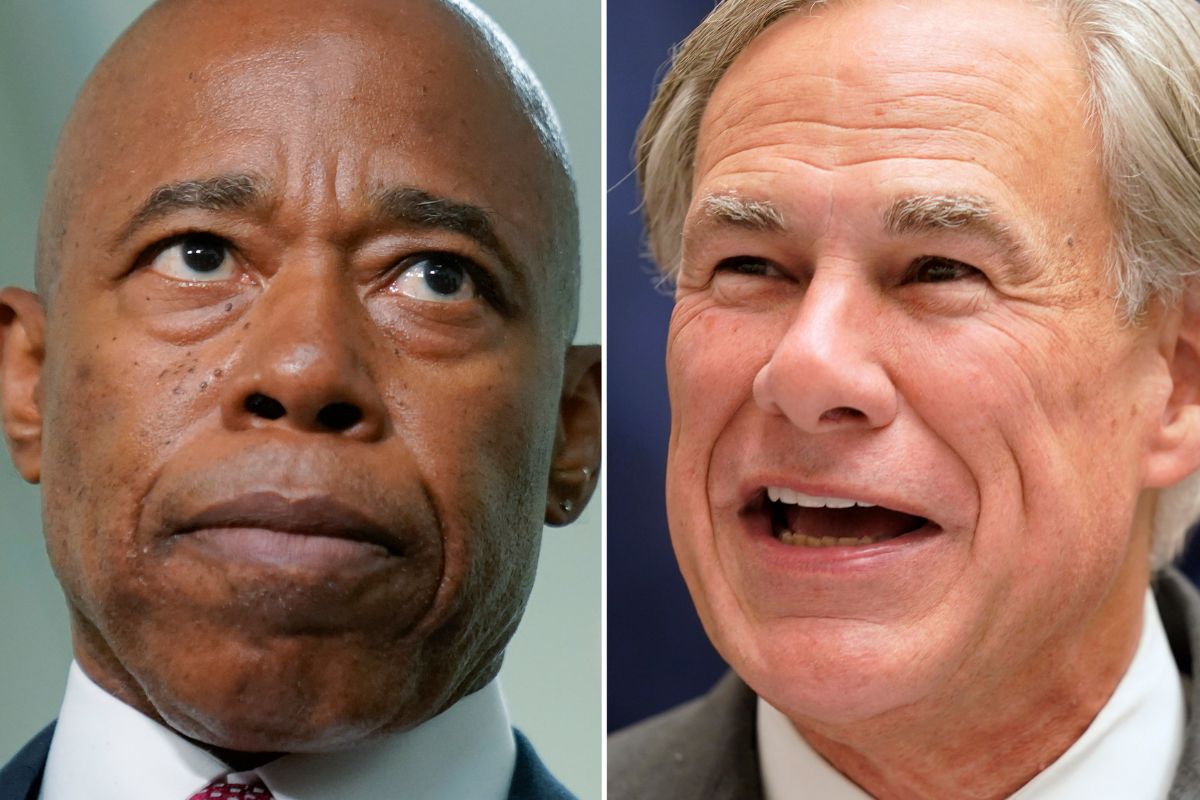 Gov. Abbott, prior to the bus’ Friday arrival in Manhattan, had already sent thousands of migrants to Washington, D.C., in the escalating political battle where Mayor Adams quickly denounced Abbott for grandstanding on the backs of the new arrivals.

“This is despicable what we’re witnessing in Texas,” Adams said later at Gracie Mansion. “The Texas governor — using human beings as a political play — he finally admitted what we were saying. We’re going to continue to be open arms. This is who we are as a city.”

Adams planned to speak later Friday with federal officials about additional funding to offer support to the new arrivals. A mayoral spokesman earlier denounced Abbott’s bus stunt as “an embarrassing stain on the state of Texas” while dismissing the governor as an “inept politician,” later adding the city had no advance word of the incoming immigrant.s

The Texas governor’s press office said the migrants involved had all volunteered for the trip, and each showed documentation from the Department of Homeland Security. The office did not respond to a question about the total costs of the trip.

The bus’ arrival, after a 1,750-mile trip east, marked an escalation in the ongoing tussle between the governor and the mayor over the issue. None of the new arrivals remained when reporters arrived at the busy terminal two hours later, with Fox News the only news outlet present when the bus pulled in.

“Because of President Biden’s continued refusal to acknowledge the crisis caused by his open border policies, the state of Texas has had to take unprecedented action to keep our communities safe,” said a statement from Abbott.

In a later tweet, the governor said that New York was “the perfect place for these people to go.” They can get the services that Mayor Adams has been bragging about in the sanctuary city.”

In a joint statement, the Legal Aid Society and the Coalition for the Homeless said, “Governor Abbott is shamelessly using these migrants—people who have been through a lot of pain in their home countries and on the way to the U.S., where they are looking for safety and a better life—to serve some narrow goal.”

About two dozen of the newly-arrived men were led from the men’s shelter on E. 30th St. in the afternoon to board a yellow school bus for an undisclosed location.

As a “right-to-shelter” state, New York is required by law to house any adult with children who shows up at a homeless shelter before 10 p.m. on the same day.

Leidy, 28, made the 5 day trip from Bogota, Colombia with her kids, 7-year-old Ariana, and Nicholas, 13 because of the political climate in their home country.

With the cost of living there skyrocketing and no job opportunities, she came here in search of work at what she says is the right time.

Adams turned down Abbott’s offer to visit Texas earlier this week. The New York Democrat and the Texas governor are still fighting.

People like Ruiz, who are now in a strange city with nothing but the clothes on their backs, are real-life pawns in this political game of hot potato.

“It’s unbelievable, but true. The governor of Texas doesn’t want immigrants in Texas. We got on the bus because they told us that from here they would help us get to the state we are trying to get to, and that they would help us get there more economically,” said Ruiz, who is bound for Atlanta, Ga. “We were thrown here. They left. We got here, they left us here. Now we have to figure out what to do.”