Last week, the U.S. Supreme Court made a major decision that threw out New York’s strict gun licensing laws. This meant that the law had to be passed in an emergency session of the legislature. The court’s conservative majority ruled for the first time that the U.S. Constitution gives people the right to carry weapons in public for self-defence.

Democrats in New York have criticized the ruling and the court, saying that more people carrying guns will lead to more gun violence. 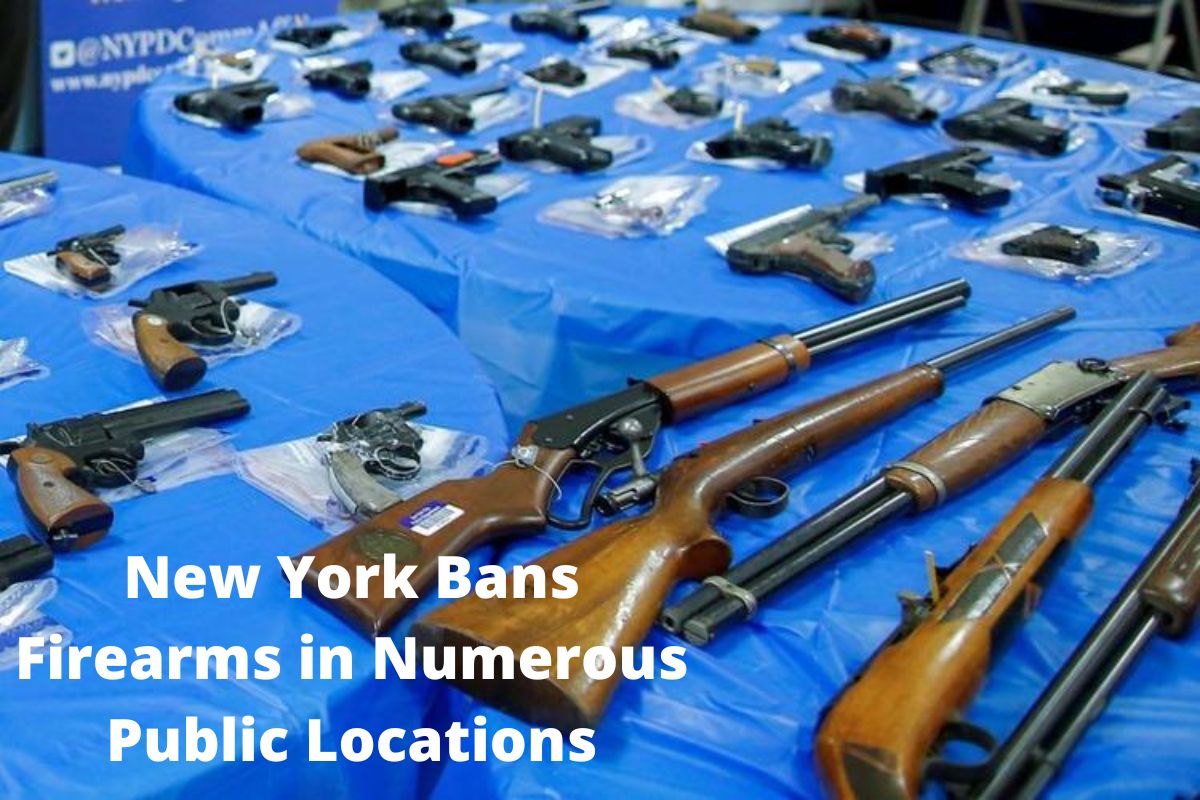 They agreed that they had to loosen the state’s 100-year-old permit system to follow the ruling, but they tried to keep as many restrictions as they could for public safety. Some of them are likely to face more legal challenges.

The court said that New York’s old license system, which was put in place in 1911, gave officials too much freedom to say no to a permit.

The Democratic governor of New York, Kathy Hochul, called for a special session of the legislature. She said that because of the state’s gun licencing rules, New York has the fifth-lowest rate of gun deaths out of all 50 U.S. states.

Trump Allies Rudy Giuliani and Mark Meadows Sought Pardons in Connection With the Jan. 6 Attack, According to Testimony!

“Despite this setback from the Supreme Court, our state will continue to keep New Yorkers safe from harm,” she said at a news conference in Albany, the state capital, while lawmakers were debating the bill. “They might think that with the stroke of a pen, they can change our lives, but we have pens, too.”

The court also made it easier for groups that like guns to get a law thrown out. It said that a gun law was probably unconstitutional if it was different from gun laws in the 18th century. That’s when the Second Amendment to the U.S. Constitution was ratified, giving states the right to keep militias and defining the right to “keep and bear arms.”

The law that was passed on Friday makes it a felony to carry a gun in a new list of sensitive places. These places include government buildings, medical facilities, places of worship, libraries, playgrounds, parks, zoos, schools, colleges, summer camps, addiction-support centres, homeless shelters, nursing homes, public transportation, including the New York City subway, places where alcohol or marijuana is consumed, museums, theatres, stadiums and other venues, polling places, and Times Square.

Police officers and registered security guards are among the people who don’t have to follow the rules for sensitive places.

Republican lawmakers voted against the law, which will go into effect on September 1. They said that it makes the right to carry guns less important than other constitutional rights, like freedom of speech and religion.

During the debate, Mike Lawler, a Republican member of the Assembly, said, “Now, it will be easier to get a concealed-carry licence.” “But you won’t be able to take it with you anywhere.”

The National Rifle Association, a powerful gun-rights group whose local affiliate was the lead plaintiff in the Supreme Court case, called New York’s law a “flagrant violation” of the ruling because it makes it harder for New Yorkers to exercise their right to self-defence. This suggests that the law may soon be challenged in court.

The New York NRA’s state director, Darin Hoens, said in a statement, “Gov. Hochul and her anti-Second Amendment allies in Albany have defied the U.S. Supreme Court by changing New York’s concealed carry law in a way that was meant to be harmful.”

In New York State Rifle & Pistol Association v. Bruen, the court said that New York licencing officials had too much freedom to decide who could use a constitutional right. Applicants for a concealed-carry permit were turned down if they couldn’t show an official that they had “proper cause,” or a good reason, to carry a handgun for self-defence.

Hochul reluctantly and against his better judgement agreed that the state should get rid of the “proper cause” requirements. However, the law still requires licencing officers to find that the applicant has “good moral character.”

The new rules for getting a licence say that applicants must meet with the licencing officer, who is usually a judge or a police officer, for an in-person interview and give the contact information of some immediate family members and any adults they live with.

Under the law, it is a crime to bring a gun into a private business unless the business specifically says that people with guns are welcome.