Gov. Kathy Hochul said Friday night that she has signed a bill that was made in response to the recent Supreme Court decision on concealed carry laws. The bill was just passed by lawmakers this evening.

The law makes it illegal to carry a concealed weapon in “sensitive locations.” Airports, public transportation, entertainment venues, bars and restaurants, places of worship, and Times Square are all examples of sensitive places.

“We are moving quickly and boldly to protect the people of New York. After carefully looking over the NYSRPA vs. Bruen decision and talking with constitutional and policy experts, advocates, and legislative partners, the governor said in a statement, “I am proud to sign this landmark legislative package that will make our gun laws stronger and make it harder to carry concealed weapons.”

“I want to thank Majority Leader Stewart-Cousins, Speaker Heastie, and all of our partners in the Legislature for being ready to work quickly and carefully on this important issue. I will keep doing everything I can to stop the spread of gun violence.”

After the New York State Senate passed the bill on Friday, Hochul signed it. The bill would make it illegal to carry a gun in a “sensitive location,” such as Times Square or a public bus. Earlier in the day, the bill was brought up during a special session. 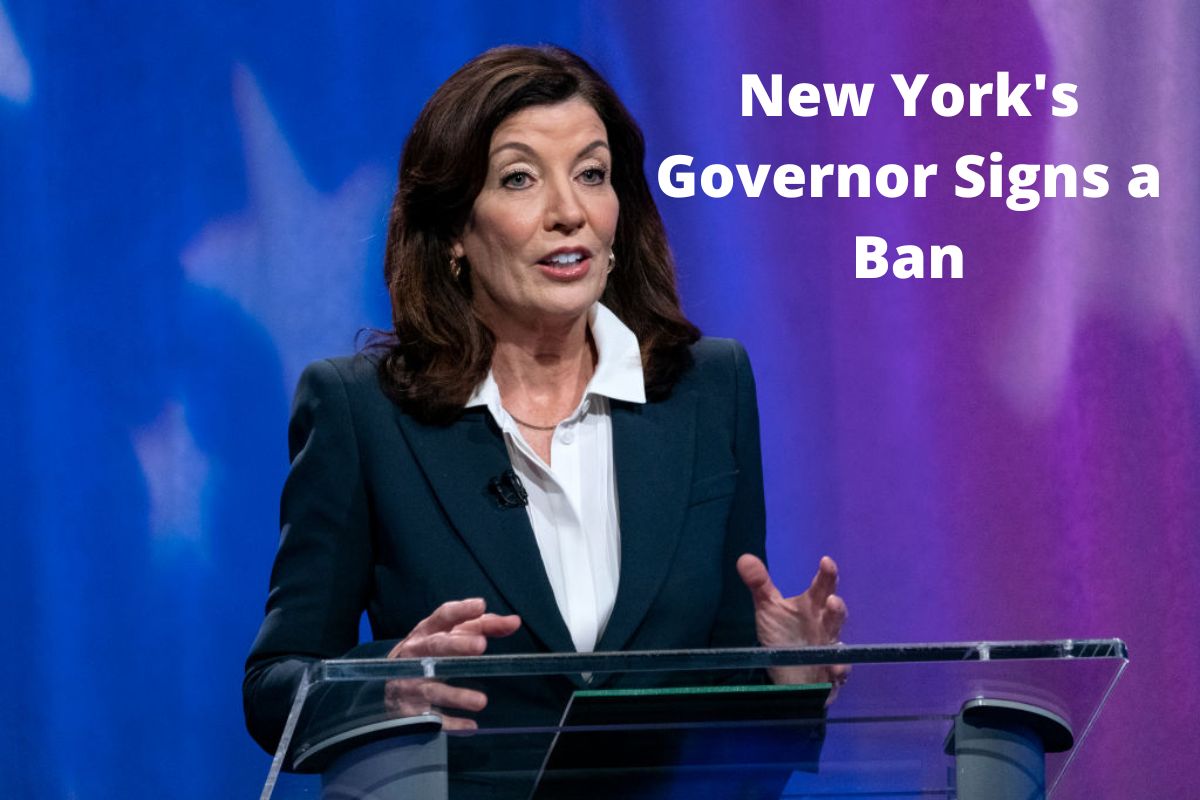 The bill comes after a Supreme Court ruling overturned a state law that limited who could get concealed carry permits to people who had “proper cause.”

“Even though this ruling by the conservative majority of the Supreme Court overturns the restrictions on concealed carry permits, it still lets states set licensing requirements for carrying a gun. In response to this decision, the Senate Majority is taking steps to deal with the provisions that were thrown out and to protect public safety “in a statement, the New York State Senate Democrats in charge said.

The law says that guns are not allowed on the subway, trains, buses, and ferries, as well as in government buildings, places of worship, schools, libraries, public playgrounds, public parks, zoos, homeless shelters, and polling places.

Gov. Hochul announced lawmakers’ intent to establish “sensitive places” legislation on Wednesday. The legislation was introduced in the state Senate during a special session called by Hochul that began Thursday.

The bill also wants to make it illegal to carry guns on private property by default, unless the owner of the property has put up a sign saying that guns are allowed or has said that guns are okay in some other way.

The law would make it a felony to carry guns in places where they are not allowed.

Police will check a database of licenses and records for the whole state once a month to make sure it is still correct and to see if someone no longer has a valid license. The records will be checked against records of criminal convictions, criminal indictments, mental health, extreme risk protection orders, and orders of protection.

The new law makes changes to an old law that sets up a database of ammunition sales in New York to make sure they are legal.

The bill will also add a vehicle requirement to the safe storage laws that are already in place. Gun owners will have to lock their guns in a safe place that can’t be seen from outside the vehicle and take the bullets out of the gun. If not, gun owners would not be able to leave their guns in a car or anywhere else they are not with them.

Hochul introduced the bill on Wednesday and said that it was meant to make it harder to steal guns from cars.

At the moment, New York law says that gun owners with 16-year-old or younger children at home must keep their guns locked up and in safe places. With the new law, that age limit has been raised to 18.