Nick Fuentes is chastised by ZOA: The Zionist Organization of America, which had just given Donald Trump a major award, chastised him on Sunday for meeting with Kanye West and Nick Fuentes.

Trump acknowledged having dinner with West at Mar-a-Lago on Tuesday night and said he brought friends, one of whom was Fuentes, an outspoken antisemite, and racist. Trump has claimed that he was unaware of Fuentes’ existence.

“We must never ignore the vile poison of antisemitism, or those who spread its venomous creed,” Trump said in his 2019 State of the Union address, according to ZOA.

“The Zionist Organization of America calls upon President Trump to live up to his own powerful words, to condemn in the strongest possible terms Jew-hater Kanye West and avowed Holocaust-denying, white supremacist, Jew-hater Nick Fuentes,” the organization’s president Morton Klein said in a statement.

“ZOA condemns President Trump’s friendly dinner with such vile antisemites.” His dining with anti-Semites legitimizes and mainstreams anti-Semitism and must be condemned by all,” Klein said. 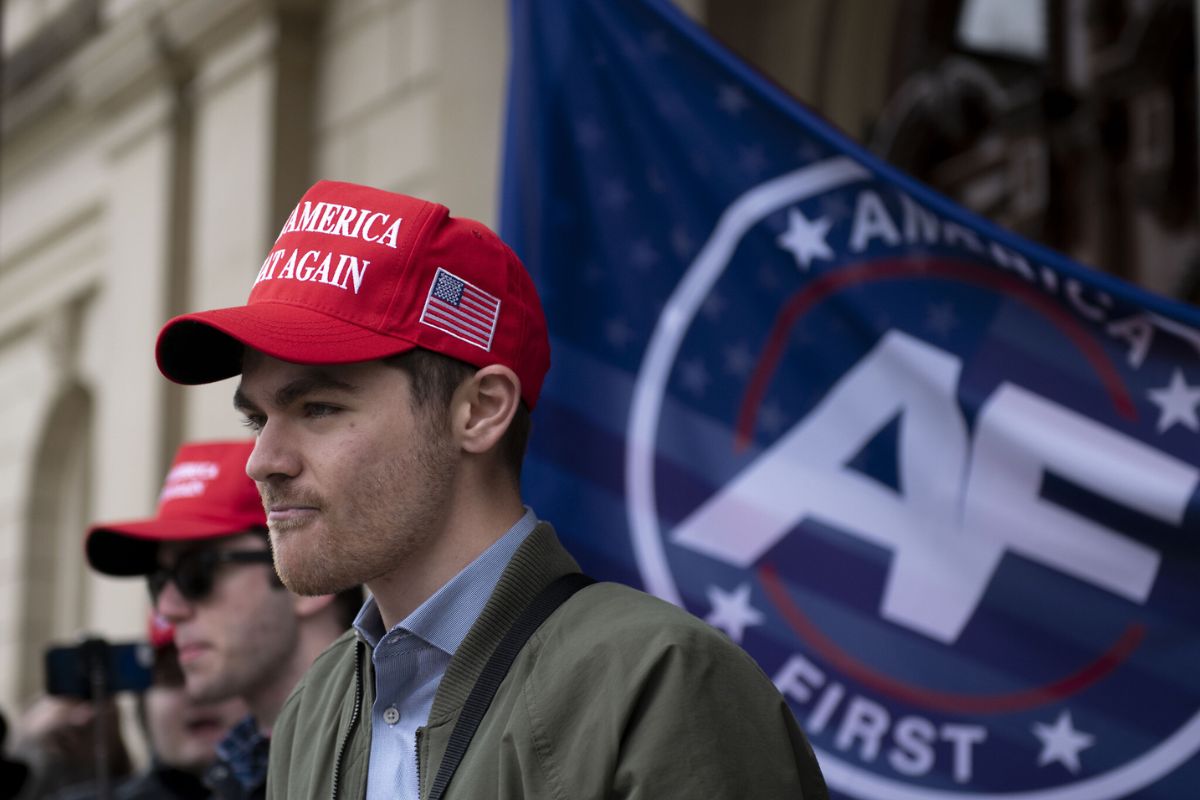 The ZOA awarded Trump the Theodor Herzl Gold Medallion two weeks ago “for his unprecedented accomplishments on behalf of Israel and the Jewish-American community,” including mediating the Abraham Accords.

“Unlike politicians, except president Trump, God keeps his promises,” Klein said at the gala event in New York City. The event took place just days before Trump announced his intention to run for reelection in 2024. Trump’s meeting with West and Fuentes has also been criticized by the White House and some Republicans, including his former ambassador to Israel, David Friedman.

Fuentes questions the number of Jews killed in the Holocaust and claims that Israel has a negative influence on US policy. In early 2020, his YouTube channel was permanently suspended for violating the platform’s hate speech policy. In 2017, he attended the racist Unite the Right rally in Charlottesville, as well as the Stop the Steal rally on January 6, which sparked an insurgency at the Capitol.

Fuentes produces the “America First” podcast, which he has used to accumulate a large following known as the “Groyper Army.”

In recent weeks, West, now known as Ye, has repeatedly attacked, mocked, and threatened Jews. Over recent antisemitic statements and associations with extremists, he has lost major brand partnerships with German sportswear company Adidas and US retailer Gap.

Trump, in a series of statements Friday, said he had “never met and knew nothing about” Fuentes before he arrived with West at his club. But Trump also did not acknowledge Fuentes’s long history of racist and antisemitic remarks, nor did he denounce either man’s defamatory statements.

On Twitter, Trump said of West, “we got along great, he expressed no antisemitism, and I appreciated all of the nice things he said about me on ‘Tucker Carlson.'” “Why wouldn’t I agree to meet?” he continued.

The former president has a long history of failing to condemn hate speech unequivocally. When asked to condemn the KKK after being endorsed by the group’s former leader during his 2016 campaign, Trump wavered, saying in a televised interview that he “didn’t know anything about David Duke.”

In the aftermath of the deadly white supremacist protests in Charlottesville, Virginia, in 2017, Trump was widely chastised for claiming “blame on both sides” for the violence. And inflammatory rhetoric from figures like Republican Rep. Marjorie Taylor Greene, who spoke earlier this year at a far-right conference organized by Fuentes, is frequently heard at his rallies.

What Is Jerry O’Connell Net Worth: A Multi-Talented…