Portland City Council passes: The Portland City Council made some significant decisions regarding the homeless crisis on Thursday night. The council approved all five resolutions up for a vote, including a ban on unofficial camping. Commissioner Jo Ann Hardesty voted no on the camping ban.

Rubio’s amendment to limit the size of sanction camps was approved. It changed the resolution from three campuses of 500 people to six campuses of no more than 250 people each. Hardesty’s resolution to evenly distribute the sanctioned camps throughout Portland was also approved.

“I want to emphasize that Portlanders who are homeless and living on the streets deserve our understanding, compassion, and assistance.” Our mission is to connect people with the services they require to get off and stay off the streets.

“Our resolutions acknowledge Portland’s reality and provide direction for what we hope to achieve,” Mayor Wheeler said. While there is no set date for implementation, the council says it will work toward these aspirational resolutions over the next 18 months as funding becomes available. 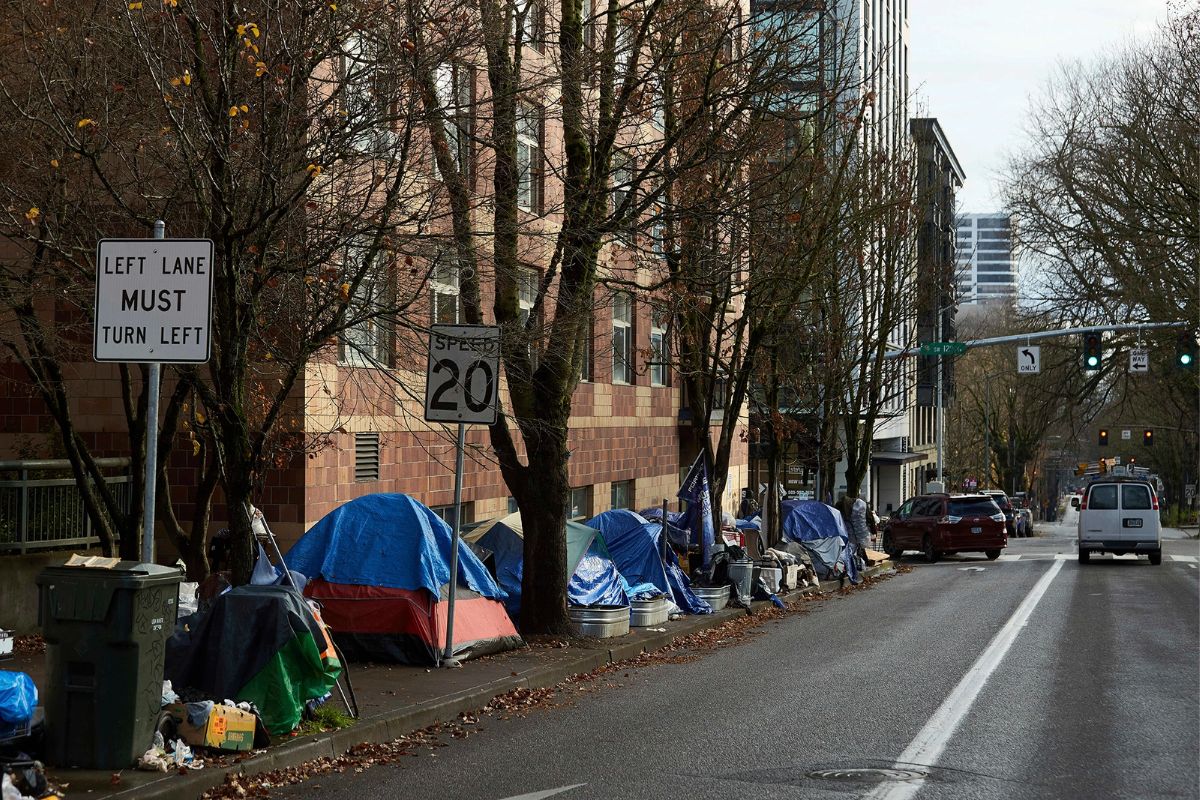 Changes could happen sooner, though Mayor Wheeler clarified that the 18-month deadline was merely a guideline. The council will direct city bureaus and council offices to collaborate on developing a plan that identifies necessary policy changes, investments, and public, nonprofit, and private partnerships to significantly increase the number of available shelter slots as soon as possible.

On Thursday, KOIN 6 spoke with local Robert Davis, who is currently homeless in downtown Columbus because he cannot afford rent on his fixed income. “What are they supposed to do?” And as for the homeless, I’ve never seen anything like it, and I’ve been here since 1980,” Davis said.

While there does not appear to be a single right answer to the crisis, he is not opposed to the camps but is concerned about the potential impact on civil rights. “It reminds me of what we did to the Japanese during WWII.” We assigned them to those camps.

Today, my colleagues on City Council and I passed five resolutions aimed at fast-tracking construction of affordable housing and moving homeless Portlanders closer to services.

Thank you @DanRyanPDX for co-sponsoring these resolutions and to the community for providing input. pic.twitter.com/Y8K4oXVGXx

It’s not much different, so I’m wondering how this will play out in terms of civil rights and so on,” Davis said. “I’ll set up camp somewhere and give it a shot, and if it gets me back somewhere I can afford, then great.” If not, I’ll venture deeper into the woods.”

Mayor Wheeler says the work has only just begun, despite the passage of all five aspirational resolutions. “The difficult part is yet to come.” These are intentions. “Now we have to make it work,” Mayor Wheeler said. “Even if you did not receive the vote you desired on a specific resolution, there will still be opportunities to shape these proposals.”

LL Cool J Net Worth: A Multi-Personality Of Music Industry

A Well Known American Actress Kaley Cuoco Net worth: How…

Who Is Eric Nelson Attorney Wife? What Is Nelson’s…

PewDiePie Net Worth: A Popular Swedish YouTuber, and…