Russia and Ukraine Share Blame for a Prison Shelling That Killed Scores of Ukrainian Prisoners of War!

Russia and Ukraine both said on Friday that the other country had shelled a prison in a separatist area of the east. Dozens of Ukrainian war prisoners who had been taken after Mariupol fell in May are thought to have been killed in the attack.

Russia said that Ukraine used HIMARS multiple rocket launchers from the United States to attack the prison in Olenivka, which is in the part of Donetsk that is controlled by Russia. Russia and the separatist government in Donetsk both said that the attack killed 53 Ukrainian prisoners of war and hurt 75 more.

Lt. Gen. Igor Konashenkov, a spokesman for the Russian Defense Ministry, said that the strike was a “bloody provocation” meant to stop Ukrainian soldiers from giving up. He said that the shelling also hurt eight prison guards.

The Ukrainian military denied that it had fired rockets or artillery at Olenivka, saying that it never hits civilian areas and only goes after Russian military targets.

It said that the Russian forces had purposely shelled the prison to make Ukraine look like it was guilty of war crimes and to hide the fact that people had been tortured and killed there. 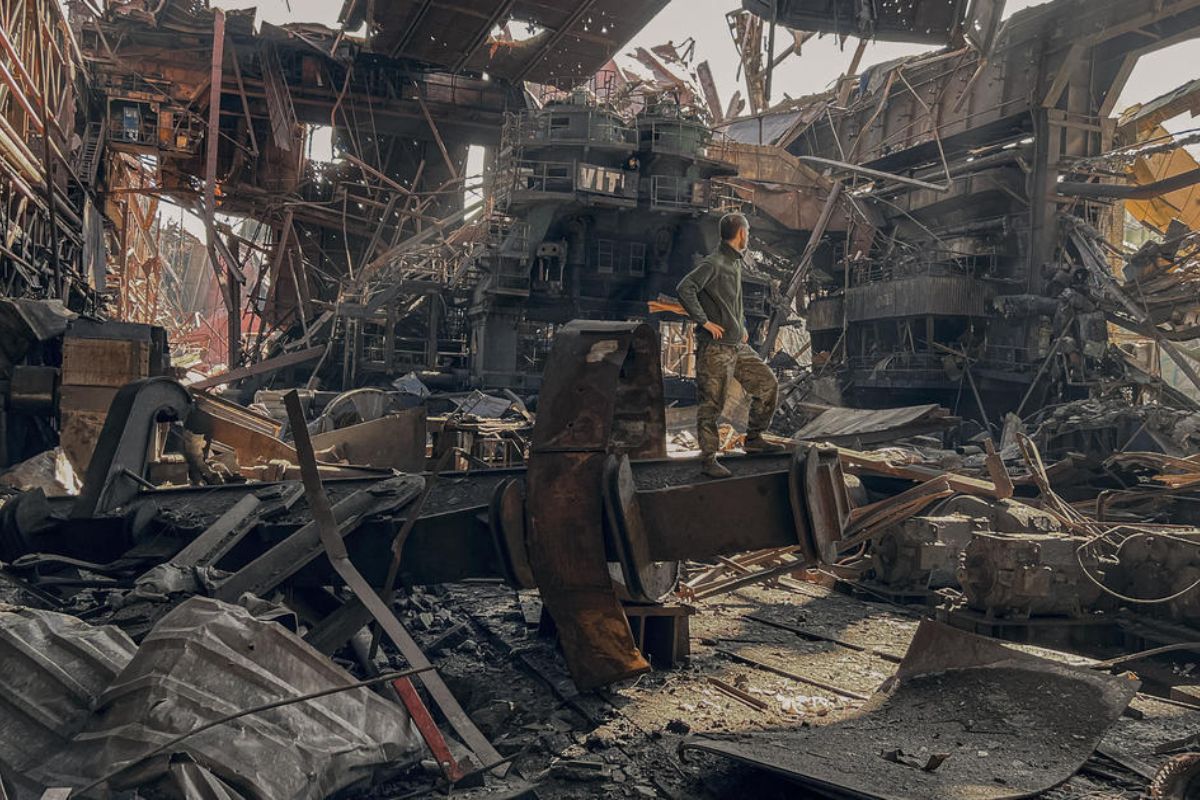 The statement said that Russia’s claims were part of an “information war” to cover up their betrayal by saying that the Ukrainian military was shelling civilian infrastructure and people.

Neither claim could be independently verified.

The news agency Reuters says that a video from a Russian war correspondent showed Russian-backed military personnel going through what was left of what he said was the prison, with the roof hanging down. The video also showed dead bodies.

Denis Pushilin, a separatist leader backed by Moscow, said there are 193 people in the prison. He didn’t say how many Ukrainian POWs were among them.

Authorities in the Donetsk region of Ukraine said that Russia has kept up its shelling of civilian areas that are held by Ukraine.

“The fighting in the region has been intensifying by the day, and civilians must evacuate while it’s still possible,” said Donetsk Gov. Pavlo Kyrylenko. “The Russian army doesn’t worry about civilian casualties. They are pummeling cities and villages in the region.”

The Azov Regiment and other Ukrainian units stayed in the steel mill’s underground maze of tunnels for almost three months to defend it. In May, when the Russians kept attacking from the ground, sea, and air, more than 2,400 people gave up.

Hundreds of Ukrainian soldiers were sent to prisons in Russian-controlled areas, like the breakaway Donetsk region in eastern Ukraine, which is run by separatist authorities with help from Russia. Some have come back to Ukraine as part of prisoner exchanges with Russia, but the families of others don’t know if their loved ones are still alive or if they will ever come home.

Shakira is Facing an 8-year Prison Sentence in Spain for Tax Evasion!

Michigan Teen Arrested And Charged For Fatally Shooting His…