Ryan Garcia Net Worth: Ryan Garcia is a professional boxer from the United States with a net worth of $10 million as of 2023. Ryan is regarded as one of the top rising boxers, having won numerous championships and accolades, as well as being ranked as the best active lightweight in the world. He is one of Golden Boy Promotions’ best fighters and is proud of his Mexican heritage.

Gracia rose to prominence after winning the World Boxing Council (WBC) Silver lightweight title in 2019. He began his professional boxing career in 2016 and has quickly established himself as one of the best in his weight class in just four years. Aside from that, Garcia has a large number of social media followers, and he is thought to have more Instagram followers than all other popular lightweight boxers combined.

Ryan Garcia was born on the 8th of August 1998, in Victorville, California, he is 25 years old. Although his hometown is Victorville, he usually keeps the Mexican flag while in the ring. Ryan holds an American nationality and has Mexican heritage. He discovered his passion for boxing at an early age and his family always supported him to pursue a career in boxing.

His father, Henry Garcia, is a professional trainer who was also one of Ryan’s trainers, and his mother, Lisa Garcia, is a personal Administration Assistant who works on several commercial projects. Garcia was raised with four siblings: a brother named Sean and three sisters named Demi, Sasha, and Kayla.

Sean Garcia, his younger brother, is also a professional boxer, following in the footsteps of his older brother Ryan. Ryan had a successful amateur career before turning pro. The Flash rose to prominence after posting videos of his skills and training. Garcia began boxing at the age of seven, under the watchful eye of his father.

Ryan Garcia Net Worth is expected to be around $10 million US in 2023. He is currently ranked as the best active lightweight in the world by The Ring magazine and the Transnational Boxing Rankings Board. BoxRec and ESPN, on the other hand, ranked him fourth and fifth, respectively. He has 15 National gold medal championships and a gold medal from the 2016 Youth World Championships. 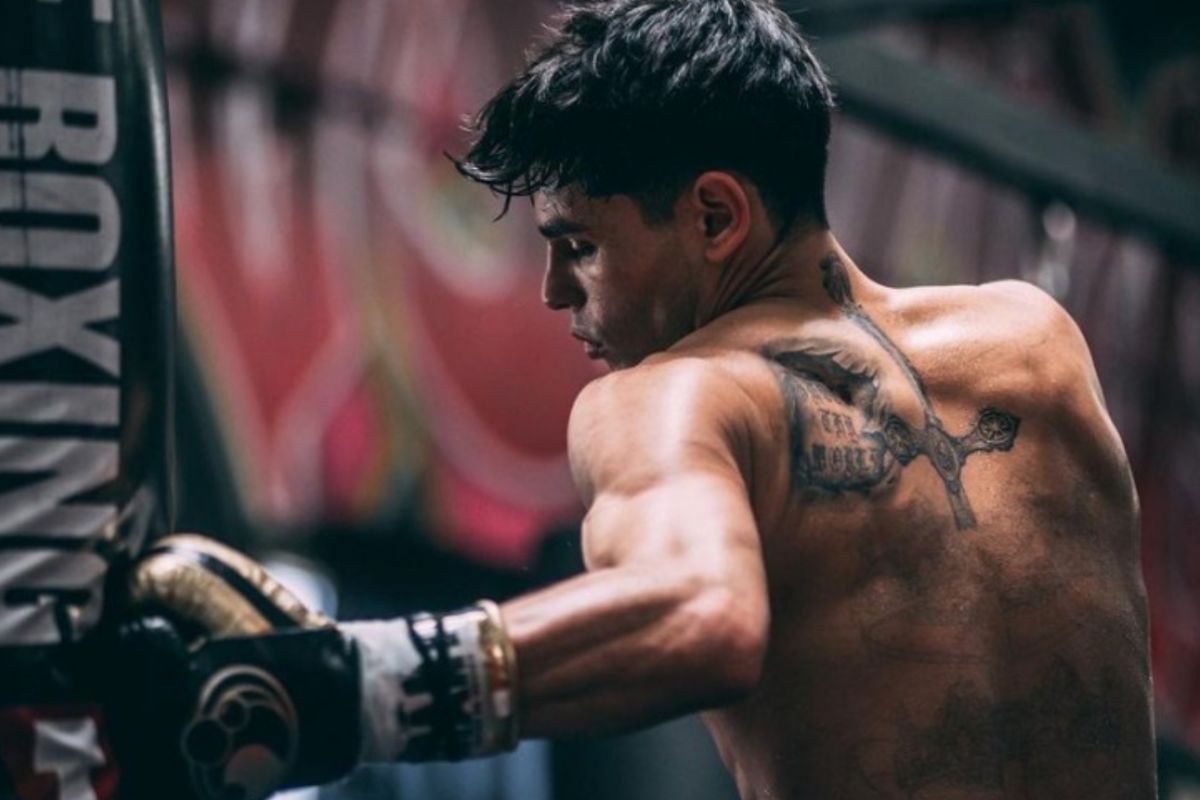 Garcia was also included in the United States Youth Olympic Team. All of his money came from his boxing career and it seems in the coming years he’s going to earn a lot more. Garcia is one of the most popular faces in boxing today, the Mexican-American champion has established himself as one of the stars to look out for. Ryan Garcia’s average salary is currently $1,469,900.

Garcia made his professional boxing debut at the age of 17 in June 2016, defeating Edgar Meza. The boxer was offered a contract with Golden Boy Promotions in November 2016. In December 2016, he won his first lightweight match by knockout in the second round.

In September 2019, his contract with Golden Boy Promotions was extended for another five years for an unprecedented 700 million. Oscar De La Hoya believes he has the potential to become the “biggest star boxing has ever seen” hands down. His contract has not yet been formalised, but it nearly doubles Canelo Alvarez’s.

Garcia was only paid $50,000 for his main event fight against Jose Lopez. This irritated him, and he wanted Golden Boy Promotions to intervene as soon as possible; thankfully, the company did, and Garcia earned a total of $250,000 in his last fight with Duno. He challenged Romero Duno for the WBO NABO Lightweight title in November 2019. On February 14, 2020, Garcia defeated Francisco Fonseca in the first match.

It’s in my blood pic.twitter.com/BL8tIzNGiO

Ryan Garcia’s girlfriend is his ex-girlfriend Catherine Gámez, with whom he was in a relationship for more than three years. They also have a daughter, Rylie Garcia, who was born in March of this year. At only 22 years old, he is quite young to be a father. He adores his daughter and makes every effort to provide for her. Garcia and Gámez are no longer married, but they do their best to co-parent.

Ryan Garcia is currently married to Drea Celina, with whom he has a daughter. In October 2020, he was caught on video kissing social media star Malu Trevejo, just seven weeks before his girlfriend was due to give birth. Although it was widely reported that Celina and Garcia were already engaged at the time, Garcia denied this and stated that the two were in a relationship on and off.