Sen. Kyrsten Sinema gave her approval to a big piece of Democratic legislation Thursday that would raise taxes on corporations and spend more money to fight climate change and give more people access to health care.

The Arizona Democrat’s announcement likely unlocks the votes needed to pass the bill in the Senate.

“We have agreed to remove the carried interest tax provision, protect advanced manufacturing, and boost our clean energy economy in the Senate’s budget reconciliation legislation,” Sinema said in a statement Thursday. “Subject to the Parliamentarian’s review, I’ll move forward.” 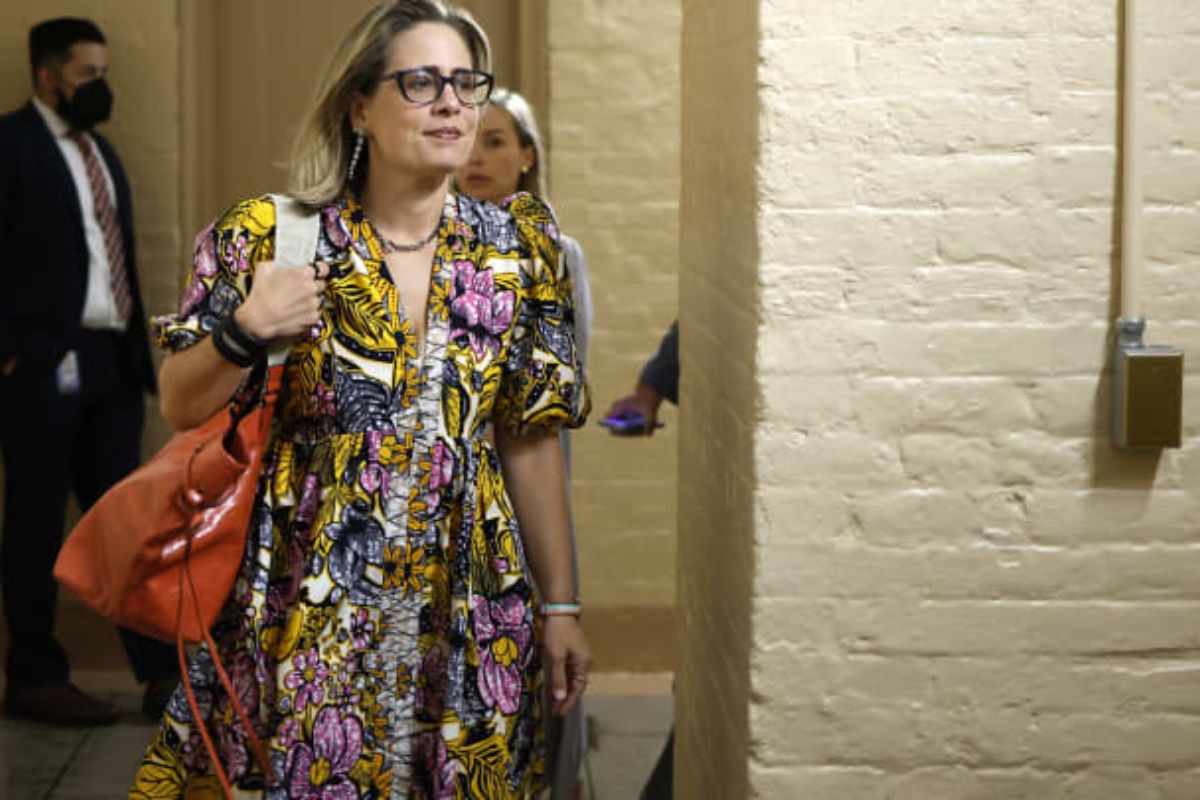 Her comments on the bill, which is called the Inflation Reduction Act, came after a week of silence, which made many Democrats worry that the mysterious centrist might not support it. Republicans have no chance of agreeing with the Democrats, so all 50 senators in the caucus are needed for the bill to pass.

“I am pleased to report that we have reached an agreement on the Inflation Reduction Act that I believe will receive the support of the entire Senate Democratic conference,” Schumer said in a statement Thursday. “The final version of the Reconciliation bill, to be introduced on Saturday, will reflect this work and put us one step closer to enacting this historic legislation into law.”

“Tonight, we’ve taken another critical step toward reducing inflation and the cost of living for America’s families,” Biden said in a statement. “I look forward to the Senate taking up this legislation and passing it as soon as possible.”

After Sen. Joe Manchin, a moderate Democrat from West Virginia signed off on the bill on July 27, Sinema was seen as the last thing that was stopping the bill from moving forward.

A Democrat who knows about the new agreement said that it will have “a new excise tax on stock buybacks that brings in a lot more money than the carried interest provision did.” A second Democrat confirmed the new tax on buying back shares of stock.

It was not immediately clear what other changes Sinema secured to support the legislation. Schumer said Thursday that it keeps “the major components” of the original bill, “including reducing prescription drug costs, fighting climate change, closing tax loopholes exploited by big corporations and the wealthy, and reducing the deficit by $300 billion.”

Sinema had been against the part of the deal Manchin made with Schumer that tried to end the carried interest tax break for a long time. On Thursday, someone close to Sinema said that the bill “met” her needs.

In her statement, Sinema said she’d work separately “to enact carried interest tax reforms, protecting investments in America’s economy and encouraging continued growth while closing the most egregious loopholes that some abuse to avoid paying taxes.”

But that promise probably won’t mean much unless Democrats keep their majority in Congress in November or pass another bill that only their party supports this year. Republicans are unlikely to agree to such a tax change because most Senate bills need 60 votes to pass. This means that Sinema’s demands are likely to protect the carried interest tax break.

Democrats want to pass the broad bill before the August break so that parts of Biden’s agenda can be brought back to life before the midterm elections.