When it comes to ranking the finest Spider-Man movies, just a few are in contention: Spider-Man 2 has long been recognised as one of the best Spider-Man films, and No Way Home brought together our three live-action Spider-Men.

The true answer, though, is Spider-Man: Into the Spider-Verse, 2018’s Oscar-winning, an eye-popping masterwork.

Spider-Man Across the Spider-Verse Release Date

Spider-Man: Across the Spider-Verse is due for release on June 2, 2023.

It will be showing exclusively in cinemas, so don’t expect it on Netflix, Disney+, or another streaming platform anytime soon.

A shift in the multi-verse.

The sequel was planned for release in April this year, but was delayed as a result of global restrictions and pushed further back from October 7. 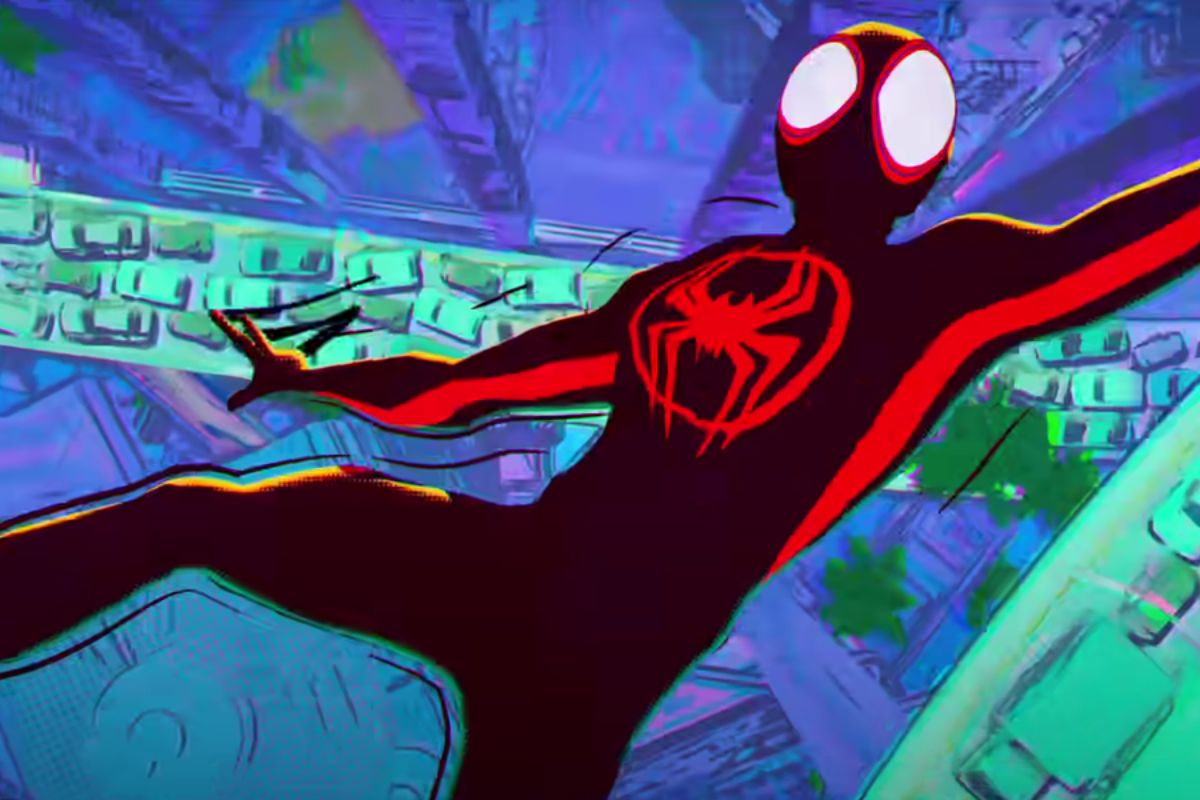 Spider-Man Across the Spider-Verse Trailer

The first official trailer for Spider-Man: Across the Spider-Verse dropped on December 13, 2022, and can be seen below:

The trailer showed a brief recap of the events and variants we saw in the first Into the Spider-Verse, and the aftermath of the final scene when Gwen reached out to him.

The trailer introduces numerous new Spider-Man varieties, including Spider-Man 2099, Spider-Woman, and Spider-Punk. Surprisingly, the clip appears to depict these Spidey versions against Miles Morales, with Gwen Stacy remarking “we’re meant to be the good ones,” implying that these many Spideys would regard Miles as a threat in some way.

In addition, a “First Look” teaser trailer for Spider-Man: Across the Spider-Verse was released on December 4, 2021. It begins with Miles in his bedroom, listening to Post Malone’s Sunflower, where he’s surprised by Spider-Gwen’s sudden arrival. After frantically trying to hide his toys and other stuff, she asks him if he wants to get out of here. The clip then shifts to Miles falling through portals of the multiverse, where he’s pursued by Spider-Man 2099.

They tumble through another vortex, hurtling past rushing traffic as Spider-Man 2099 tries to keep an eye on Miles before slamming him down.

Spider-Man Across the Spider-Verse Cast

In terms of the confirmed cast members of Spider-Man: Across the Spider-Verse, we can expect the following stars to appear:

In the post-credits scene of Into the Spider-Verse, Isaac made his debut as Spider-Man 2099, journeying into the realm of the ’60s Spider-Man comic and clashing with its Spider-Man – just like the meme.

“What I can say is that what makes this character so humorous is that he’s the only Spider-Man who doesn’t have a sense of humour. Because they all act like… wisecracks, right? Everyone makes wisecracks, except this guy. “He’s a serious Spider-Man,” he explained to Screen Rant.

As for The Spot, he’s “one of the deepest cuts in Spider-Man’s rogue gallery” according to co-director Kemp Powers. “But he has a super-power that really excited our entire team: His entire body is covered in little interdimensional portals that can send him anywhere he wants to go,” he added.

“We thought it would be really cool if the portals felt like living ink that had spilled or splattered on the comic artist’s drawing. His very simple power provided endless exciting challenges and permutations for our team.”

Spider-Man Across the Spider-Verse Plot

“Miles Morales returns for the next chapter of the Oscar-winning Spider-Verse saga, an epic adventure that will transport Brooklyn’s full-time, friendly neighborhood Spider-Man across the Multiverse to join forces with Gwen Stacy and a new team of Spider-People to face off against a villain more powerful than anything they have ever encountered,” according to the official synopsis.

“Miles will reunite with some old pals and meet a lot of new ones,” the writers revealed to Entertainment Weekly.

How did Brittany Murphy Die? What is the Causes of his Death?