The Supreme Court’s ruling Thursday limiting the Environmental Protection Agency’s ability to regulate carbon emissions could have far-reaching consequences, according to legal experts, which could curb President Biden’s ambitious plans to tackle climate change along with air and water pollution.

The decision in West Virginia v. EPA, in which the court said the EPA had gone too far with rules to cut pollution from power plants that warm the planet, comes at a time when conservatives are fighting in court to limit the federal government’s ability to deal with pressing environmental problems.

Depending on how these cases turn out, the fight over U.S. environmental policy could move decisively to the states, where some will weaken protections while others continue to push for strict limits on greenhouse gas emissions and other forms of pollution.

“West Virginia may end up being part of a pattern of cases where this conservative Supreme Court generally cuts back on federal regulatory power to attack new problems,” said William Buzbee, faculty director of Georgetown University Law Center’s environmental law and policy program.

“States can, of course, do more than what federal laws require,” he said. “A lot of states do. But many states do not.

In its fall term, which starts in October, the Supreme Court will look at a challenge to the Clean Water Act. If the challenge is successful, the law’s reach could be limited in ways that businesses and developers have wanted for a long time. In the meantime, Republican attorneys general are fighting in lower courts to stop the Biden administration from taking climate change into account in big decisions and from cutting pollution from cars’ tailpipes.

In the majority opinion in West Virginia, Chief Justice John G. Roberts Jr. wrote that the EPA can only make sweeping changes to the nation’s power sector with explicit approval from Congress. But lawmakers have not granted that to the agency, given partisan divisions over environmental issues in the past few decades.The EPA “must point to ‘clear congressional authorization’ for the power it claims,” Roberts wrote in the majority opinion, which was joined by Justices Samuel A. Alito Jr., Amy Coney Barrett, Neil M. Gorsuch, Brett M. Kavanaugh, and Clarence Thomas.

Katie Tubb, a research fellow at the conservative Heritage Foundation, said the court did the right thing by limiting the EPA’s power.”Many people on the left want the EPA to regulate emissions to achieve a radical climate agenda,” Tubb said. “But in this country, it does matter who makes these kinds of decisions. From my point of view, American representatives must do it, not unelected EPA bureaucrats. 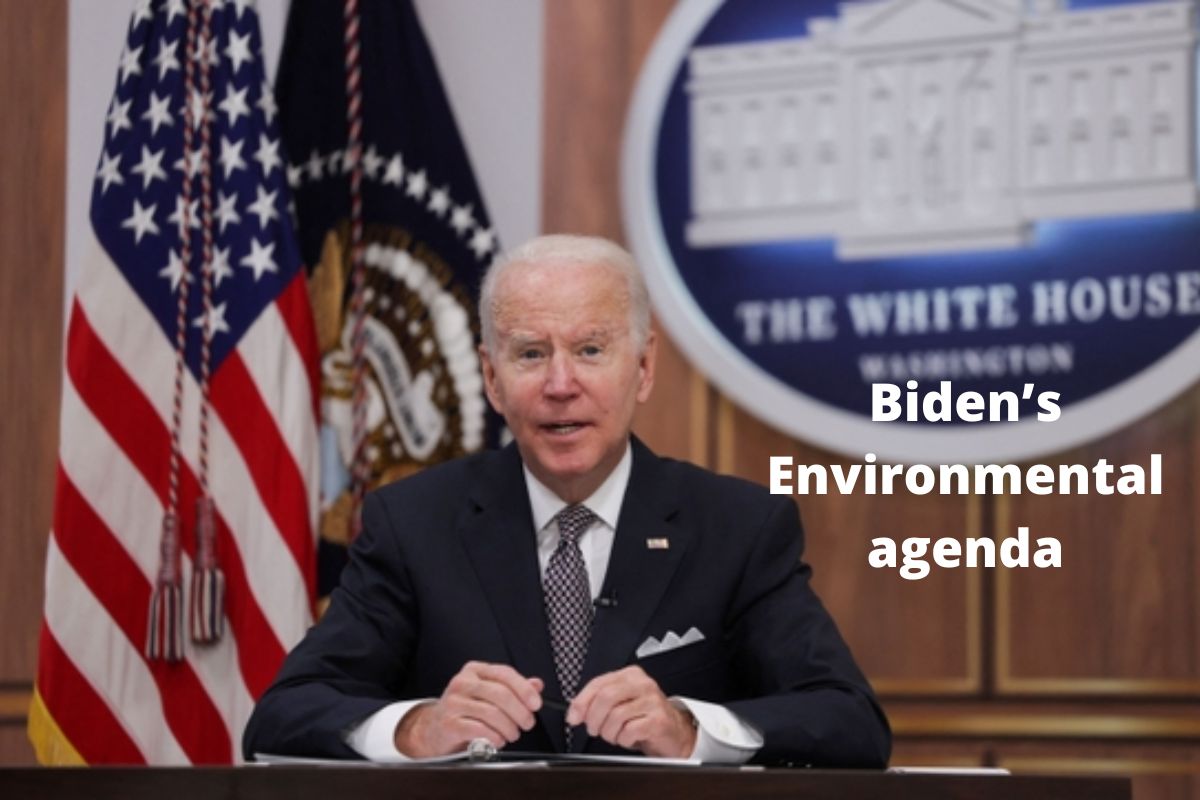 Jody Freeman, a Harvard Law School professor, said the court could have gone further in limiting the EPA’s authority. The majority allowed the agency to continue regulating carbon emissions from power plants — it just cannot do so by forcing utility companies to shift from coal to renewable energy.

Freeman said, “There is something of a silver lining here.” “It still allows the EPA to set standards that matter.”

Legal experts say that the Clean Water Act challenge that will happen this fall may not go well for the Biden administration because of the West Virginia decision. In that case, Sackett v. EPA, the conservative justices could also decide that the EPA went too far when it regulated the country’s wetlands and waterways, even though Congress didn’t give clear instructions.

Dan Farber, a law professor at the University of California at Berkeley, said that the court sent EPA a clear message that it shouldn’t take its power too far. “And that will not help Sackett in any way.”

The Clean Water Act case has been going on for a long time. It is about an Idaho couple, Chantell and Mike Sackett, who wanted to build a house on their land near Priest Lake. The couple said that their plans couldn’t happen because of an EPA order that said the property was a wetland and they needed a federal permit.

“Over the last 30 to 40 years, the Clean Water Act has become much more than a basic water quality program,” said Damien Schiff, a senior attorney at the Pacific Legal Foundation, which is representing the Sacketts. “In real life, it has become something like a mini federal zoning code.”

At the same time, Republican attorneys general are trying to stop Biden from bringing up a key metric that shows how much climate change costs in the real world. This metric, called the “social cost of carbon,” is used to make important decisions about extracting fossil fuels from public lands, building infrastructure, and even negotiating about climate change at the international level.

In May, the Supreme Court said that the Biden administration could, for now, keep thinking about the costs of climate change to society as it writes new rules and strengthens old ones. But as the legal battle goes on, there is still a chance that lower courts could stop it from being used.

“The social cost of carbon mitigation — and particularly the states’ willingness to take this to the Supreme Court — indicates that groups are willing to press aggressive, often novel legal arguments to challenge the Biden administration’s actions to address climate change,” said Earthjustice’s director of strategic legal advocacy, Kirti Datla.

Conservative legislators have also contested Biden’s efforts to reduce emissions from automobiles and light trucks, a significant source of greenhouse gases. A coalition of 15 Republican-led states, led by Texas Attorney General Ken Paxton (R), has filed suit against the administration’s final rule to reduce tailpipe emissions, which would prevent billions of tonnes of carbon dioxide from entering the environment. Currently, the case is proceeding before the Court of Appeals for the D.C. Circuit, one of the most influential federal courts for environmental policy.

While the courts could limit the federal government’s ability to reduce emissions from power plants, some states are moving forward with clean energy mandates while others are abandoning them.

According to research by the League of Conservation Voters, an advocacy group, four out of ten Americans reside in a state, city, or territory that has committed to achieving 100 percent renewable electricity by 2050. According to the U.S. Climate Alliance, a bipartisan alliance of governors committed to respecting the goals of the Paris climate deal, twenty-four governors have agreed to decrease greenhouse gas emissions in half by 2030 and to reach net-zero emissions by 2050.

Last year, Oregon Governor Kate Brown (D) signed into law one of the nation’s most aggressive clean energy plans. The plan mandates that the state’s main utilities reduce their greenhouse gas emissions by 80% by 2030, 90% by 2045, and 100% by 2040. This schedule is comparable to Biden’s objective to eliminate emissions from the nation’s electrical industry by 2035.

“Regardless of what the U.S. Supreme Court decides, we will continue to move forward because we are seeing the effects of climate change every single day,” Brown said in an interview, citing California’s susceptibility to deadly wildfires, scorching heat waves, and severe drought caused by rising global temperatures.

Governor Ned Lamont (D) of Connecticut signed a measure last month mandating a zero-carbon electric grid by 2040. Connecticut’s last coal-fired power plant shut down, ending a 53-year run, as it failed to compete with cheaper natural gas and renewable energy sources.”Investing in a clean, resilient electric grid has long been a priority for Connecticut, as it has been for many other states, because of the enormous benefits — the jobs and economic development that come with investing in homegrown clean energy, cleaner air and better health for our children and families, and better protection from the extreme weather and volatile price swings that come with fossil fuel dependence,” said Lamont in a statement.

Under the leadership of Gov. Glenn Youngkin, a Republican, Virginia has headed in the opposite direction. Youngkin has announced plans to withdraw the state from the Regional Greenhouse Gas Initiative, an effort to cut carbon emissions from the power sector in the Northeast and Mid-Atlantic, calling it a “bad deal” for consumers.

Republican lawmakers in Pennsylvania have similarly tried to prevent Democratic Gov. Tom Wolf from entering the group. The issue will be decided in November when voters will elect a new Pennsylvania governor for the first time in eight years. GOP nominee Doug Mastriano has warned that the program would decimate jobs in the energy industry.

Meanwhile, in Nebraska — a red state that Donald Trump carried with 58.7 percent of the vote in the 2016 presidential election — the three public utilities have all committed to reaching net-zero emissions by 2050 at the latest.

The decision was largely spurred by corporate demand for clean power. Large companies such as Facebook have located data centers in Nebraska, the third-windiest state in the country, in the hopes of meeting their commitments to using 100 percent renewable energy.“The market is moving toward clean energy regardless of what happens with the Supreme Court decision,” said Chelsea Johnson, deputy director of Nebraska Conservation Voters. “Federal regulation can help, but it’s not the end-all-be-all, especially when the economics make so much sense even without the regulation.”