The police were conducting an investigation but did not immediately state whether they believed the accident to be accidental. The Chief of police in Hingham, David Jones, would only say that an investigation was ongoing. A 2019 Toyota 4Runner’s driver was being interviewed.

“This morning was an unthinkable morning, and people are trying to get through it and process what happened,” Plymouth District Attorney Timothy Cruz said at a news conference. The victim was identified by law enforcement as Kevin Bradley, 65, of New Jersey. He was pronounced dead at the scene, officials said.

Cruz did not indicate whether or not the driver would be charged with a crime, but he did state that a criminal investigation was underway. Officials have not disclosed the driver’s identity. “This investigation is active and ongoing,” he said, adding that the dark-colored SUV went through the store’s plate glass window and struck multiple people. 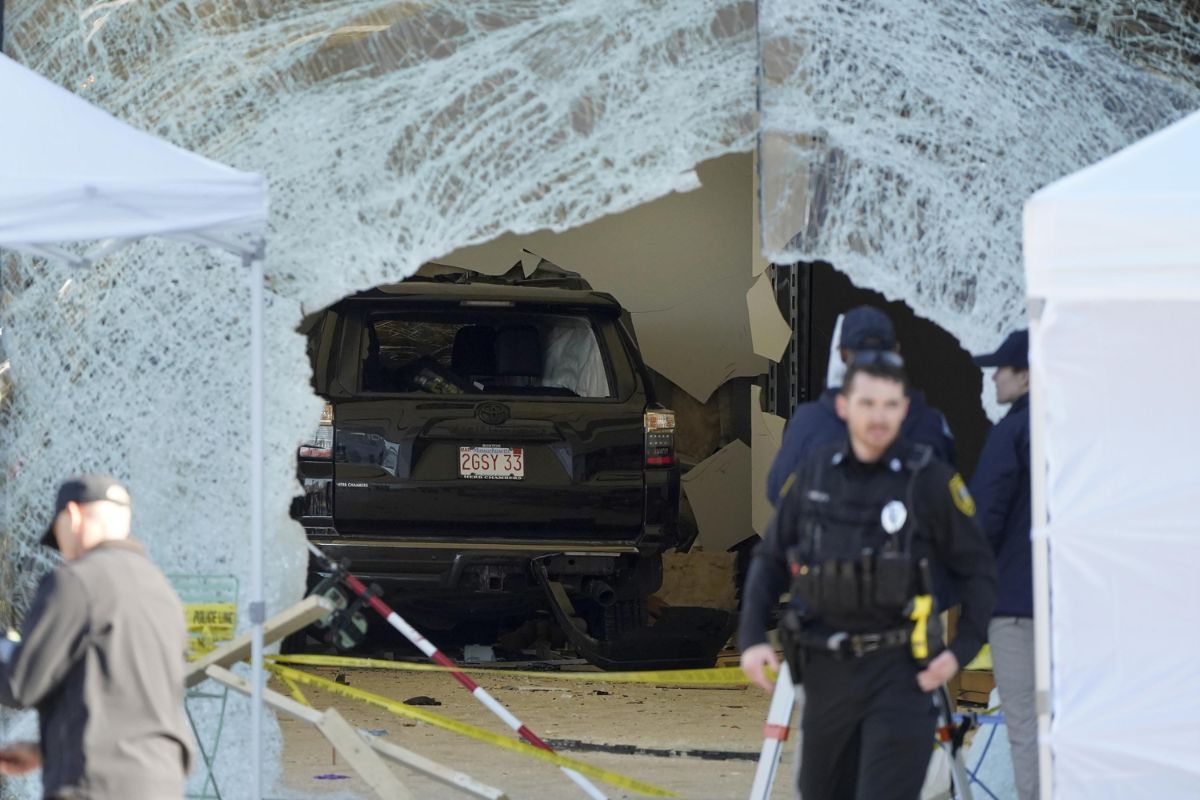 Apple issued a statement saying it was “devastated by the shocking events at Apple Derby Street today and the tragic loss of a professional who was on-site assisting with recent construction at the store.” “Our hearts go out to our team members and customers who were injured and all of those who were affected by this terrible incident,” the company said.

A large hole gaped in the storefront window as first responders worked at the scene of the crash shortly before 11 a.m. The store, which is in the Derby Street Shops, had been scheduled to open about an hour before the crash. Hingham Fire Chief Steve Murphy said crews were evaluating the structural stability of the building.