Tawny Kitaen Net Worth: Tawny Kitaen was an American actress and media personality who died with a net worth of $500 thousand. Tawny Kitaen rose to prominence after appearing in music videos for several glam rock bands, including Whitesnake’s “Here I Go Again” and “Is This Love.” From 1989 to 1991, she was married to Whitesnake’s lead singer David Coverdale, and from 1997 to 2002, she was married to baseball player Chuck Finley.

Kitaen was born Julie Kitaen on August 6, 1961, in San Diego, California. She was the eldest child of Linda Kitaen, a housewife, and Terry Kitaen, who worked for a company that sold neon signs. She was raised in the Jewish faith with her two younger siblings. She began using the nickname Tawny when she was 12 years old because she preferred it. She struggled in school as a child, owing in large part to her dyslexia. She dropped out of Mission Bay High School when she was 14 years old. A concert she attended when she was 14 was a watershed moment in Kitaen’s life. She had a backstage pass to a Peter Frampton concert and witnessed Frampton’s girlfriend’s VIP treatment. Kitaen decided then and there that she wanted to achieve such a position in her own life.

During her early career, Kitaen began modeling and acting in films. She modeled and appeared in television commercials for Jack LaLanne’s European Health Spas in the early 1980s. She later stated that the experience cemented her desire to become an actress. She appeared on the cover of Ratt’s debut EP, “Ratt,” in 1983. In 1984, she appeared on the cover of the band’s debut album, “Out of the Cellar.” She was dating the band’s guitarist, Robbin Crosby, at the time. 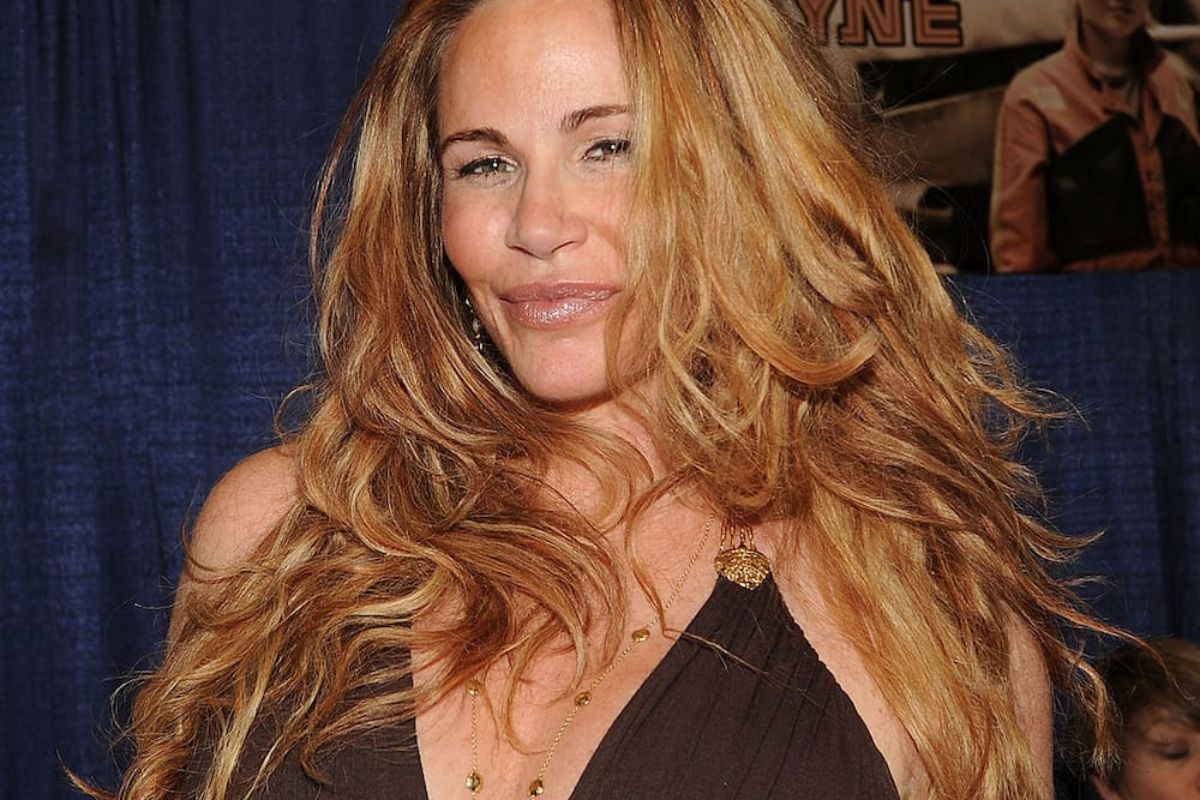 She also had a small part in the 1983 television film “Malibu.” The following year, in 1984, she starred in “The Perils of Gwendoline in the Land of the Yik-Yak” as the title character. The same year, she played the bride-to-be for Tom Hanks’ character in the film “Bachelor Party.” She appeared in the films “Witchboard,” “White Hot,” and “Dead Tides” in 1986.

Kitaen gained notoriety after appearing in several music videos for the band Whitesnake. She was in the music videos for “Here I Go Again,” “Still of the Night,” “Is This Love,” and “The Deeper the Love.” She also appeared in Ratt’s music video for “Back for More.”

Her career as an actress lasted into the late 1980s and early 1990s. In 1989, she played Lisa DiNapoli on the daytime drama “Santa Barbara.” In 1991, she appeared as Jerry’s girlfriend in an episode of “Seinfeld.” She played DJ Mona Loveland in 19 episodes of the series “The New WKRP in Cincinnati” from 1991 to 1993. She also appeared in “Hercules: The Legendary Journeys” and co-hosted “America’s Funniest People” from 1992 to 1994.

Kitaen later joined the cast of the sixth season of the VH1 reality television show “The Surreal Life,” which premiered in 2006. In 2008, she appeared in the second season of another VH1 reality show, “Celebrity Rehab with Dr. Drew.” The show went into detail about Kitaen’s history of drug abuse and addiction.

Kitaen began dating Robbin Crosby, the future guitarist for Ratt, in high school. They dated after high school, moved in together as teenagers, and eventually broke up. Kitaen married Whitesnake singer David Coverdale in 1989, but the couple divorced in 1991. Kitaen also had a year-long affair with O.J. Simpson while he was married to Nicole Brown Simpson, though the affair was not revealed until Simpson’s 1997 trial.

Kitaen married basketball player Chuck Finley in 1997. They stayed together until 2002. They had two daughters, Wynter and Raine, during their marriage. Kitaen was arrested for domestic violence in 2002, and Finley filed for divorce three days later. Kitaen later agreed to participate in a spousal battery counseling program and to avoid contact with Finley.

Kitaen struggled with drug addiction for much of her adult life, which frequently landed her in trouble with the police. She was charged with cocaine possession in her Orange County home in November 2006, while there were children present. In exchange for the dismissal of the felony drug-possession charge, she entered a six-month drug rehabilitation program. She was arrested for driving under the influence in Newport Beach, California, a few years later, in 2009. She was arrested for DUI again in Newport Beach in 2019 and was formally charged with a misdemeanor, though she pleaded not guilty.

Kitaen died in May 2021, at the age of 59, at her home in Newport Beach, before her hearing could take place. Nothing on the scene indicated that alcohol or drugs were a factor in the death, according to police. Her official autopsy report revealed that dilated cardiomyopathy, a common type of heart disease, was the cause of death.

In this article, we discuss about Tawny Kitaen Net Worth if you like this article then stay tuned with us and read our other articles Caroline Ellison and  Rainer Schaller on our site Journalworldwide.com.

Republican Sen. Mike Braun will run for governor of Indiana