The Gray Man is about Court Gentry, aka Sierra Six, who used to work for the CIA and was an expert at infiltration and killing. Gentry goes to prison for some kind of betrayal, but he gets out and starts a new life as a hired assassin, becoming known as a scary person in the process. But his old CIA coworkers aren’t going to let him go. Gentry becomes the target of Lloyd Hansen, another of the CIA’s top intelligence agents who has even less morals than Gentry. This is because Gentry found evidence that was bad for the agency. As a result, Hansen, every bounty hunter and a hired killer on the continent, and the entire US global intelligence network go after Gentry in a violent manhunt that takes place in several countries. Gentry can only rely on his wit, skill, and resourcefulness to get away from Hansen, all of the bounty hunters and hired killers, and the US intelligence network as a whole.

Day Shift: Release Date, Trailer, Cast, and Everything We Know So Far!

The Gray Man will open in theatres on July 15, 2022, but if you’d rather watch it from the comfort of your own home, you can watch it for the first time anywhere in the world on July 22, 2022, on Netflix. 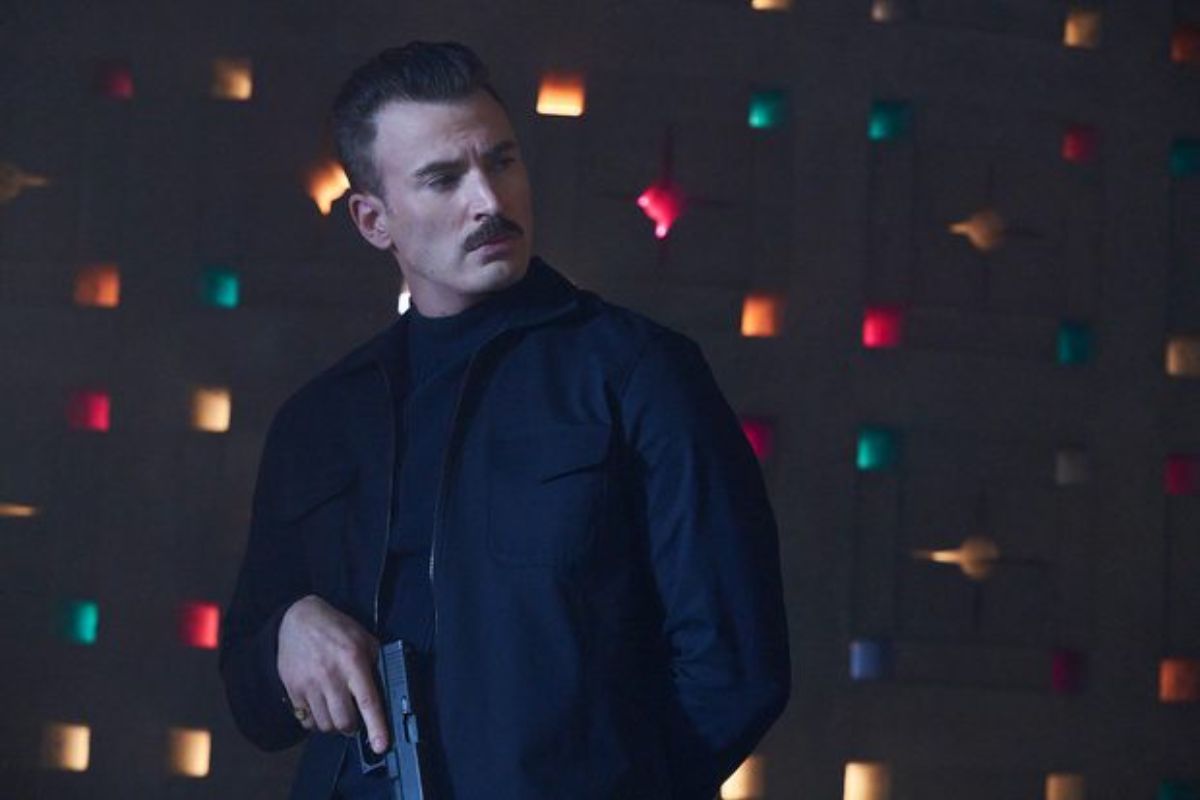 Ryan Gosling plays the title character, the Gray Man, also known as Court Gentry, a freelance assassin who is on the run around the world. Gosling may be best known for being the lead in the romantic musical La La Land, but he has also shown he’s a good actor in movies like Drive and Blade Runner 2049. Chris Evans, who plays his former colleague Lloyd Hansen, is hot on his trail. Evans is best known for playing Steve Rogers in the Marvel Cinematic Universe, from Captain America: The First Avenger to Avengers: Endgame. He also worked on those movies with the Russo brothers as directors. He also starred in and directed the romantic drama Before We Go. In Knives Out, he showed how good he was at being a bad guy.

Ana de Armas, who was in Knives Out with Evans and Blade Runner 2049 with Gosling, will also be there. She is also a Bond girl in the movie No Time to Die. Agent Dani Miranda is played by De Armas. She works with Hansen to find Gentry. Gentry and Donald Fitzroy, a former handler whose role is played by Billy Bob Thornton, are against them. Thornton has been acting for a long time. Some of the movies he has been in are Armageddon, The Man Who Wasn’t There, and Fargo. Regé-Jean Page, Jessica Henwick, Dhanush, Alfre Woodard, Wagner Moura, Julia Butters, Callan Mulvey, Eme Ikwuakor, Scott Haze, Michael Gandolfini, Sam Lerner, Robert Kazinsky, and DeObia Oparei are among the other actors in the movie.

Along with the first look, we also got the movie’s first official plot summary:

“Court Gentry, a CIA agent who goes by the name Sierra Six, is the Gray Man. Gentry was once a highly skilled, Agency-approved “merchant of death” who was taken from federal prison and hired by his handler, Donald Fitzroy “as it says.

“But now, Six is the one being hunted by Lloyd Hansen, a former CIA coworker who will do anything to kill him. Hansen is hunting Six all over the world. Agent Dani Miranda has his back. He will want it.”

Gosling told Empire that his new action hero is not so different from the rest of us, which was meant as a joke. “What I liked about this character is that he just wants to be free, which is something that most of us want,” he said.

“His goals have nothing to do with money, treasure, or getting even. He just wants to be able to watch Netflix on the couch like the rest of us.”

Mark Greaney’s series has 10 books so far, and we already know that the Russos want to make The Gray Man into a series like the MCU, with Gosling coming back for more movies.

Joe Russo said, “What’s different about Gray Man is that we’re not going to answer every question in the first movie.”

“This is being planned as a series of movies, and again, we could follow other characters or go in a different direction, but we won’t answer every question in the first movie. So when you finish the movie, you’ll have a full story, but you’ll still have questions about what’s going on in the wider world.

“And I think that’s one way to break the model a little bit: don’t give the audience everything in one movie. Don’t have a story with no way out. Have a story with an open ending, like a chapter in a book.”

The Russos said they’d “love to bring in new voices” if The Gray Man is a big enough hit for Netflix to make more movies. If it is, though, that doesn’t mean the Russos will do every movie.

Joe Russo also said that the movie was like the famous action-thriller Heat “It’s great and very exciting. We haven’t seen a movie like this in a long time either. We have two big movie stars facing off against each other, just like De Niro and Pacino did in the movie Heat. This is a very exciting action movie.

“Both actors give very, very entertaining performances, and they do go up against each other in the movie. And Chris Evans’s turn as the bad guy is deliciously sociopathic. He does a good job of being a sociopath, and it’s pretty funny. So I’m sure it’ll be a lot of fun.”

Yes! The first official full trailer for The Gray Man can be seen below. In an early teaser trailer clip (also below), Netflix shows a former agent named Sierra Six being told, “If you go down this path, the CIA and the FBI will all come after you.” And it looks like that wasn’t just a bluff. The Gray Man looks like it will be a very exciting movie, with chases in helicopters, martial arts, explosions, and some serious weapons.