ALLEN, Ky. — A shootout in a small town in eastern Kentucky on Thursday night killed a third police officer.

Two officers were shot and killed, and it was reported the next morning. Another officer, who had been in critical condition, died Friday night, according to Kentucky State Trooper Matt Gayheart.

A Prestonsburg Police patrolman named Jacob Chaffins died on Friday, the department said in a Facebook post. He was the person who took care of Drago, the K9 officer who was also killed in the shootout.

William Petry, a deputy sheriff for Floyd County who had been a state trooper, and Ralph Frasure, a police captain in Prestonsburg who had worked in law enforcement for 39 years, also died.

“It’s a small town, and we lost not only a few great officers but also people who were important to the town,” Gayheart said. “The whole town will have to pull together to get through it.” 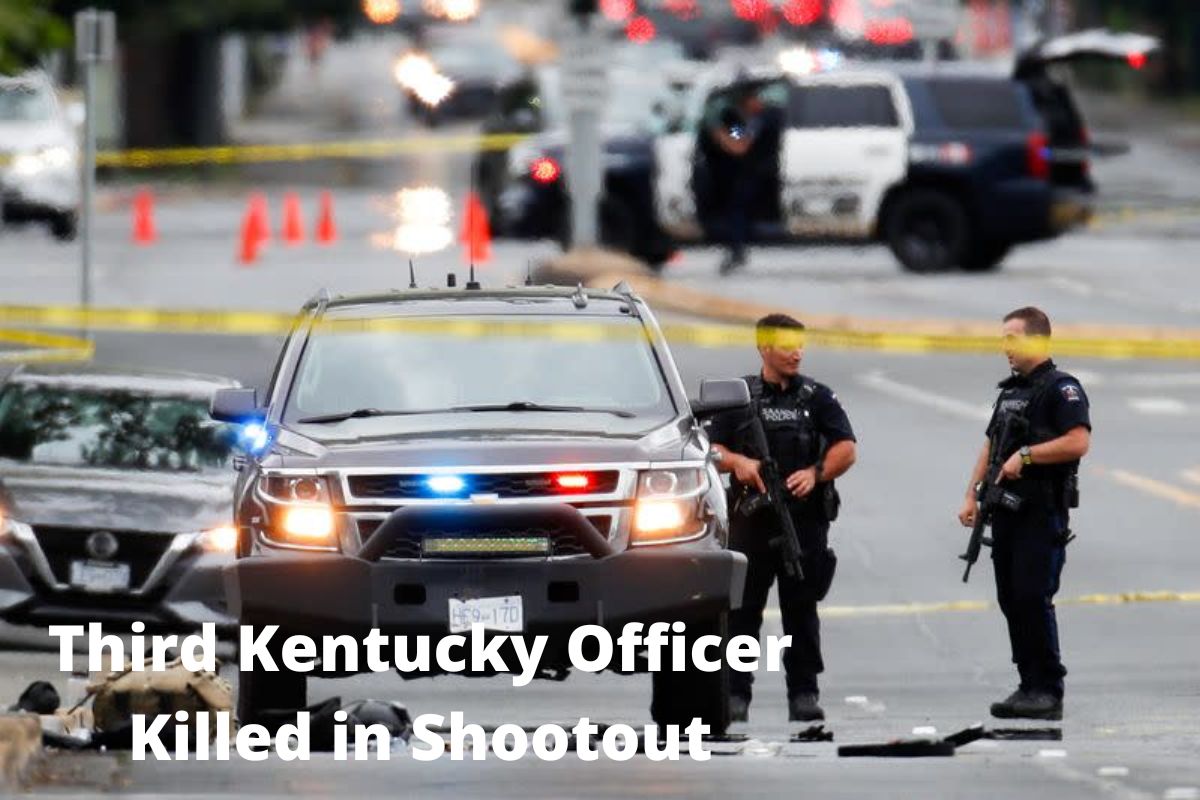 According to the citation for his arrest, four police officers were trying to serve a warrant on 49-year-old Lance Storz at his home on Main Street when he opened fire with a rifle.

Gayheart said that state police were asked to help just before 7 p.m. Along with troopers, more officers from the Prestonsburg department and agents from the London and Ashland offices of the Bureau of Alcohol, Tobacco, Firearms, and Explosives came to the scene in Allen, which has a population of 166.

Gayheart said that Lance Storz, 49, was caught after about three hours. He was booked into the Pike County Detention Center at 4:30 a.m. and charged with two counts of killing a police officer, five counts of trying to kill a police officer, one count of attempted murder, and one count of first-degree assault on a service animal, according to court records.

Aside from the three officers and the dog who were killed, four other officers and an emergency management director were also hurt.

State police say that two of the officers are in stable condition and that one of them was treated and sent home. As of 4 p.m. Friday, the civilian who was hurt was still getting care at a hospital.

Court records show that Storz’s wife was given an emergency protective order against domestic violence on Thursday. Officers tried to serve Storz with the warrant.

The shooting is being looked into by the state police critical incident response team.

“We’re trying to figure out what happened before the shooting,” Gayheart said on Friday night. Several police officers stayed at the scene of the shooting well into the night. Around 7 p.m., at least two squad cars full of bullet holes were towed away.

The case will be sent to Floyd Circuit Court, and it could end up being a death penalty case.

Before Chaffins died from his injuries, the mayor of Prestonsburg, Les Stapleton, wrote on Facebook that he was “just starting his career in law enforcement.” He wrote that his young wife and daughter were “grieving” for him in the hospital.

“The city of Prestonsburg would like to thank everyone for the support and love shown by the community. We’ll treat our coworkers with the respect they deserve “In the post, Stapleton wrote.

Since the shooting on Thursday, people, police departments, and public officials from all over the state have used social media to show their support for the officers and first responders who were hurt.

“Please say prayers for the families of these brave officers. In the face of evil, our police showed unimaginable courage and sacrifice last night “On Friday, Attorney General Daniel Cameron wrote something on Facebook.

On Friday night, dozens of emergency vehicles from departments all over the area took part in a parade to bring officers Petry and Frasure home from Frankfort.

More than an hour away from Prestonsburg, a flag hung from an overpass. Along Mountain Parkway, police cars, ambulances, and fire trucks were parked at different intersections. Families stood at the end of their driveways, and couples stopped on the side of the road to pay their respects.

As the hearse and ambulance carrying the dead officers got closer to the city limits, a light mist started to fall and a huge flag attached to cranes hung across the road.