Tomi Lahren, a conservative political analyst, was slated to give a speech Thursday night at the University of New Mexico.

According to Maddie Mukite, a student at the University of New Mexico, a sizable group of demonstrators were outraged that Lahren was speaking on campus at the beginning of Hispanic Heritage Month. Lahren’s controversial comments on the Black Lives Matter movement and immigration have made her a target of critics. 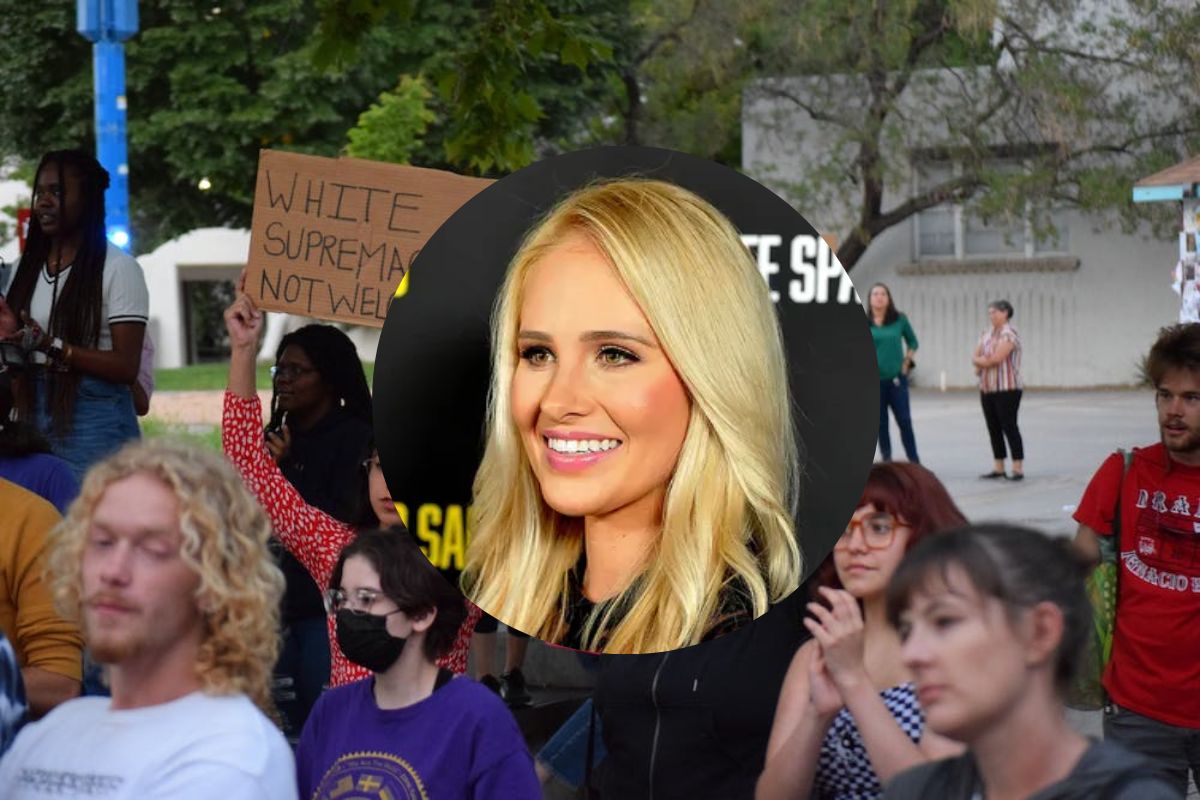 Protesters outside the entrance to the ballroom where Lahren was speaking may be seen on mobile phone footage taken inside the Student Union Building on campus.

Protesters, according to UNM, punched a hole in the wall. Officials have promised to “bring anybody who broke the law or University regulations responsible” after investigating the instances.

Students and Lahren were taken out of the ballroom. According to UNM officials, nobody got hurt.

Lahren expressed her displeasure with the campus’s response to the protest in an Instagram video.

“Sadly, what happened in New Mexico is far too common. The students and community organizations responsible for this mob that caused damage to the venue—and forced Tomi and her father to be barricaded in a safe room for 45 minutes—must be held accountable. We will only get more violent threats unless this behavior has serious consequences. We are looking into all possible avenues to help achieve that end.”

“The University of New Mexico is committed to the principles of free speech and values its role as a public square for debate, a marketplace of ideas, and a place to test and challenge competing viewpoints and opinions. In this context, allowing speakers invited by a student organization on campus in no way implies an endorsement of their speeches’ content or opinions. And those who disagree with the ideas expressed are encouraged to voice their perspectives respectfully.”

This statement is covered by the site of KOB 4.

Keep in Touch with Journalworldwide.com for further updates.

Who is Maggie Sajak? Is She Going to Host Wheel of Furtune Now?

David Ginola Net Worth 2022: A French Footballer, Model, and…