Attorneys for Donald Trump asked a federal appeals court on Thursday to keep an independent arbiter who was assigned to review documents seized by the FBI during an August search of the former president’s Florida estate in place.

In a filing, the Trump team stated that veteran Brooklyn judge Raymond Dearie should continue in his role as a “special master” in order to maintain public trust in an investigation involving a “political rival” of the Biden administration.

“Given the importance of this investigation,” Trump’s lawyers wrote, “it must be conducted in a manner that gives the public confidence in its outcome.” “The Court should simply not allow the Government to conceal these proceedings from the public eye on the basis of unverified assertions.”

Since his appointment in September, the scope of Dearie’s duties and the basis for his appointment have been points of contention between the Justice Department and the Trump legal team. A Trump-appointed judge assigned him to inspect the thousands of documents seized during the Aug. 8 search of Mar-a-Lago and weed out any records that might be covered by claims of executive privilege and attorney-client privilege. 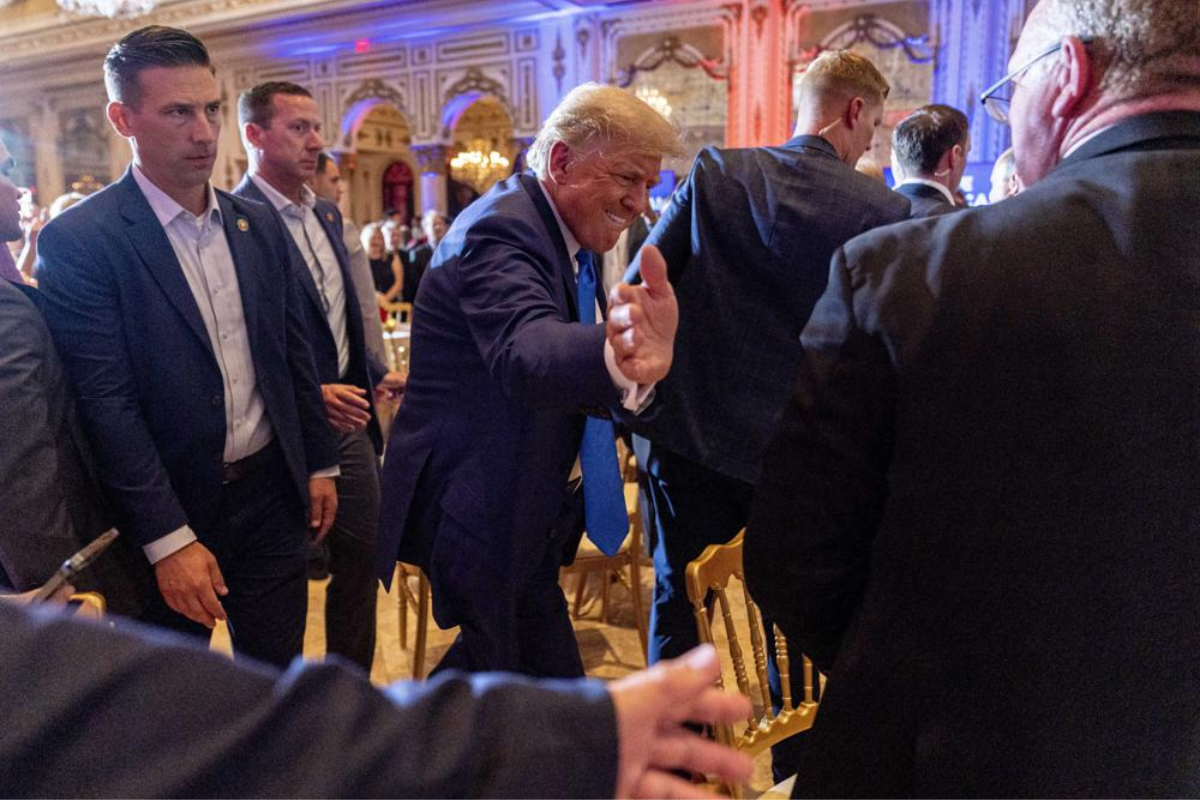 The Atlanta-based U.S. Court of Appeals for the 11th Circuit had already curtailed part of Dearie’s work, saying the Justice Department did not have to submit for his review the roughly 100 documents with classification markings that taken during the search. The court limited his review instead to non-classified records, which the Justice Department says totals about 13,000 documents, that the FBI seized.

Last month, the Justice Department asked the appeals court to halt the entire special master review process, claiming it was an unnecessary impediment to its investigation. The government contended that Trump had no credible basis to claim that the seized documents were protected by attorney-client or executive privilege.

However, the Trump team argued on Thursday that a special master was required to evaluate any claims of privilege and to determine which of the seized records were personal documents that should be returned to him.

“The Government has not provided any evidence that its criminal investigation was hampered as a result of the Special Master review process,” the lawyers wrote. “There is thus no compelling reason to permit the continuation of an investigation of President Trump by his political rival’s administration without the District Court’s limited judicial oversight.”

Meanwhile, the criminal investigation into the handling of the documents is moving forward even as Trump makes plans to announce another bid for the White House. Last week, Kash Patel, a close ally who has claimed he was present with Trump as Trump declassified certain documents as president, testified before a federal grand jury after being given immunity by the Justice Department.