The United States killed al Qaeda leader Ayman Al-Zawahri in a drone strike over the weekend, an operation that included tracking him down through his family, a senior administration official confirmed to reporters.

The strike, which was done by a CIA-controlled Air Force drone, happened at 6:18 a.m. local time on Sunday in Kabul as the al Qaeda leader stood on his balcony, an official said. A separate person familiar with the operation said it took “a few days” to confirm the death because the U.S. doesn’t “have many assets on the ground.”

Zawahri never became as well-known as his predecessor, Osama bin Laden, but his death is still a big win for the US in its fight against Islamist terrorism. This is especially true since the UN has warned that the terrorist group is becoming a bigger long-term threat than other groups like the Islamic State.

In a speech announcing the operation, President Joe Biden said he gave the final approval to kill Zawahri, who was still planning attacks against the U.S. and its allies. “Justice has been delivered, and this terrorist leader is no more,” he added. Minutes before that address, a senior administration official spoke to reporters on how Zawahri was hunted, found, and then killed.

“This year, we identified that Zawahri’s family — his wife, his daughter, and her children — relocated to a safe house in Kabul,” the official said. “We then identified Zawahri at the location in Kabul through layering multiple streams of intelligence.” The terrorist leader’s habit of standing on his balcony allowed the U.S. to observe him and confirm his identity.

“The president received updates on the development of the target throughout May and June,” said the senior official, and on July 1 Biden received a briefing on a proposed operation while in the White House Situation Room. CIA Director William Burns, Director of National Intelligence Avril Haines and national security adviser Jake Sullivan, among others, were in that meeting. 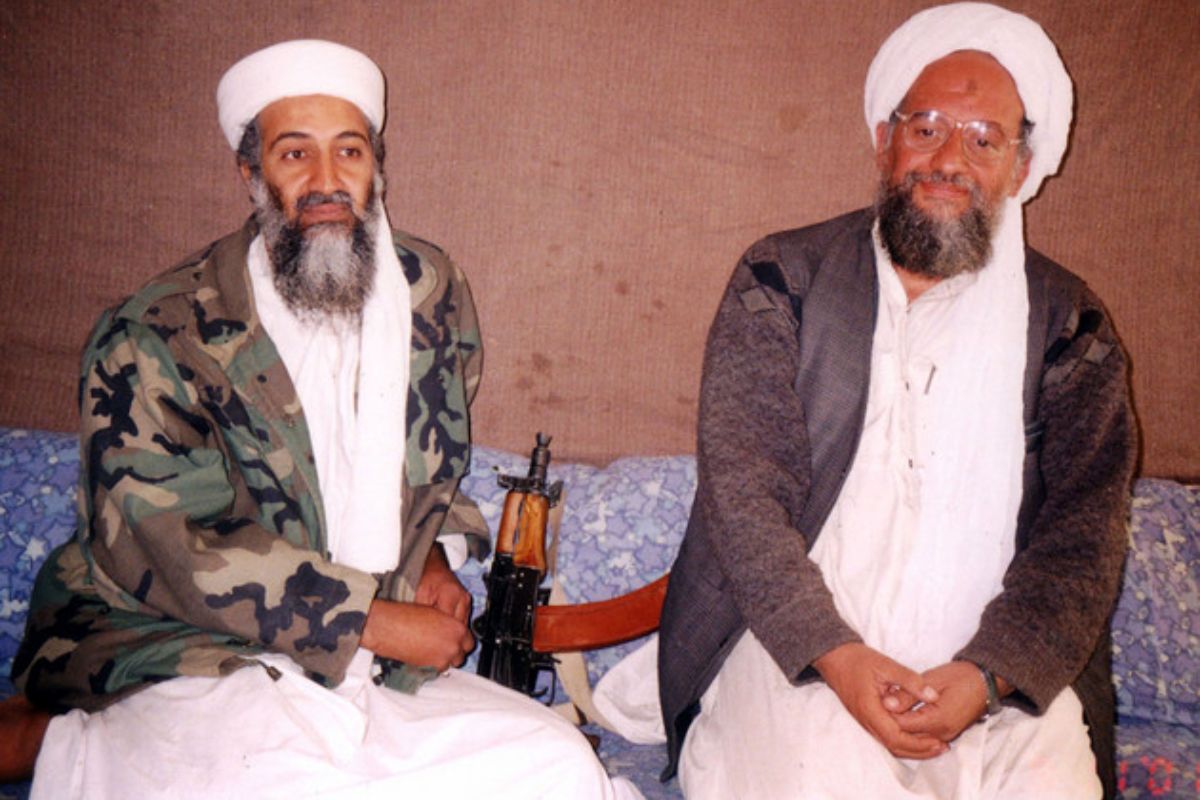 “The strike was finally done by an unmanned aerial vehicle at 9:48 p.m. Eastern on July 30. Zawahri was hit with two Hellfire missiles…. “The strike only killed Zawahri,” the official said, adding that there is no proof that anyone else died.

Zawahri was an Egyptian. After the U.S. killed al Qaeda’s longtime leader bin Laden in 2011, he took over. He was a doctor and started a militant group called Egyptian Islamic Jihad. In the late 1990s, this group joined with al Qaeda. He was charged with having something to do with the bombings of the U.S. embassies in Tanzania and Kenya in 1998.

The announcement comes almost a year after the US finished pulling out of Afghanistan, a country it invaded in 2001 after bin Laden planned the Sept. 11 attacks.

The withdrawal devolved into a chaotic situation — and one of Biden’s worst stretches as president — as the U.S. was forced to carry out a major evacuation of more than 100,000 people trying to flee the country after an astonishingly quick takeover by Taliban militants. The United States has insisted that the Taliban not allow Afghan soil to be used by terrorist groups like al Qaeda — leading to questions about what Zawahri’s presence in Kabul says about ties between the Taliban and al Qaeda.

The withdrawal turned into chaos, and it was one of Biden’s worst times as president. The U.S. had to evacuate more than 100,000 people trying to leave the country after Taliban militants took control of it in an incredibly short amount of time. The US has told the Taliban that they can’t let terrorist groups like al Qaeda use Afghan land. Zawahri’s presence in Kabul raises questions about ties between the Taliban and al Qaeda, which the US has told the Taliban not to do.

The Zawahri killing gives the administration some good news to trumpet ahead of a grim anniversary. It also boosts the U.S. claim that it still has what it calls “over the horizon” capability when it comes to intelligence on terrorist activity in Afghanistan, despite no longer having combat troops there.

The Senate Intelligence Committee was briefed on the strike, Sen. Marco Rubio (R-Fla.) told POLITICO. Sen. Ted Cruz (R-Texas), a member of the Senate Foreign Relations Committee, called the operation “an important accomplishment, adding “this strike should be a message to terrorists near and far: if you conspire to kill Americans, we will find and kill you.”

“The attack that killed al-Qaeda leader Ayman al-Zawahri was a big success for U.S. efforts to fight terrorism. Mick Mulroy, who used to work for the Pentagon and is now retired from the CIA as a paramilitary operations officer, said, “This is the result of countless hours of intelligence gathering over many years.”

A South Asian official, who did not want to be named because the topic was sensitive, was shocked to hear that Zawahri was “roaming in Kabul.”

Researchers who study terrorism and other people thought for years that Zawahri was probably hiding in Pakistan, which is where bin Laden was found. Some people thought Zawahri might be somewhere in the huge city of Karachi in Pakistan.

“This [strike] will take some attention away from things like how the Afghanistan withdrawal was a disaster and hurt U.S. counterterrorism efforts,” a South Asian official said.

However, a congressional aide noted that al Qaeda is still a powerful force in Afghanistan, even without Zawahri.

“It’s great that they caught one of the hundreds of al Qaeda members in Afghanistan, but the Taliban government, which came to power with the help of the Biden administration, is hosting senior al Qaeda leaders in downtown Kabul,” the person said. “The Biden administration gives a lot of money to the same regime.”

It wasn’t clear right away who would take over as leader of the terrorist group after Zawahri.

Daniel Byman, a terrorism expert at the Brookings Institution, said in December 2020 that one of the most important questions for him as al Qaeda leader was how he would hand over power to the next leader. “For now, there is no obvious successor with Zawahri’s wide name recognition and respect in the jihadi world,” he wrote. “Any successor will also benefit from the decline of ISIS, which is much weaker and less inspiring now that it has lost the caliphate.”

At least one name has been brought up as a possible successor: Saif al-Adl, a pen name for an Egyptian man. People think that the experienced jihadist spent a lot of time in Iran, where his movements were often limited.

A Taliban spokesman named Zabihullah Mujahid tweeted on Monday that “an air strike was done on a house in the Sherpur neighborhood of Kabul city.”

Husain Haqqani, a former Pakistani ambassador to the U.S. who now works at the Hudson Institute, said, “One question now would be whether the Taliban helped the U.S. kill Zawahri or whether the U.S. did it on its own.”

Nichelle Nichols, the Original Uhura on ‘star Trek,’ Has Died at the Age of 89!

Two Bodies Were Found in a Burned Car in a Wildfire Zone in California!

Ex-files Sherri Papini’s Divorce From Keith After The…