Boris Johnson’s turbulent tenure as Britain’s Prime Minister came to an end Thursday after a historic party revolt over a series of ethics scandals forced him to step down.

Johnson finally gave up trying to stay in power when almost 60 people in his government quit, which was almost half of the government payroll. Even so, the Prime Minister insisted that he would stay on as caretaker leader while the Conservative Party started the process of choosing a new leader.

Some of the most powerful people in his party say that even that won’t work because fewer and fewer people want to work for him.

Others are already getting ready to take his place. Officials from the party say they will say when a leadership election will take place by Monday.

Johnson announced that he would be leaving office in front of the famous 10 Downing Street door. This is the same place where many of his predecessors had given their resignation speeches. However, he didn’t say the words “I’m leaving office.” 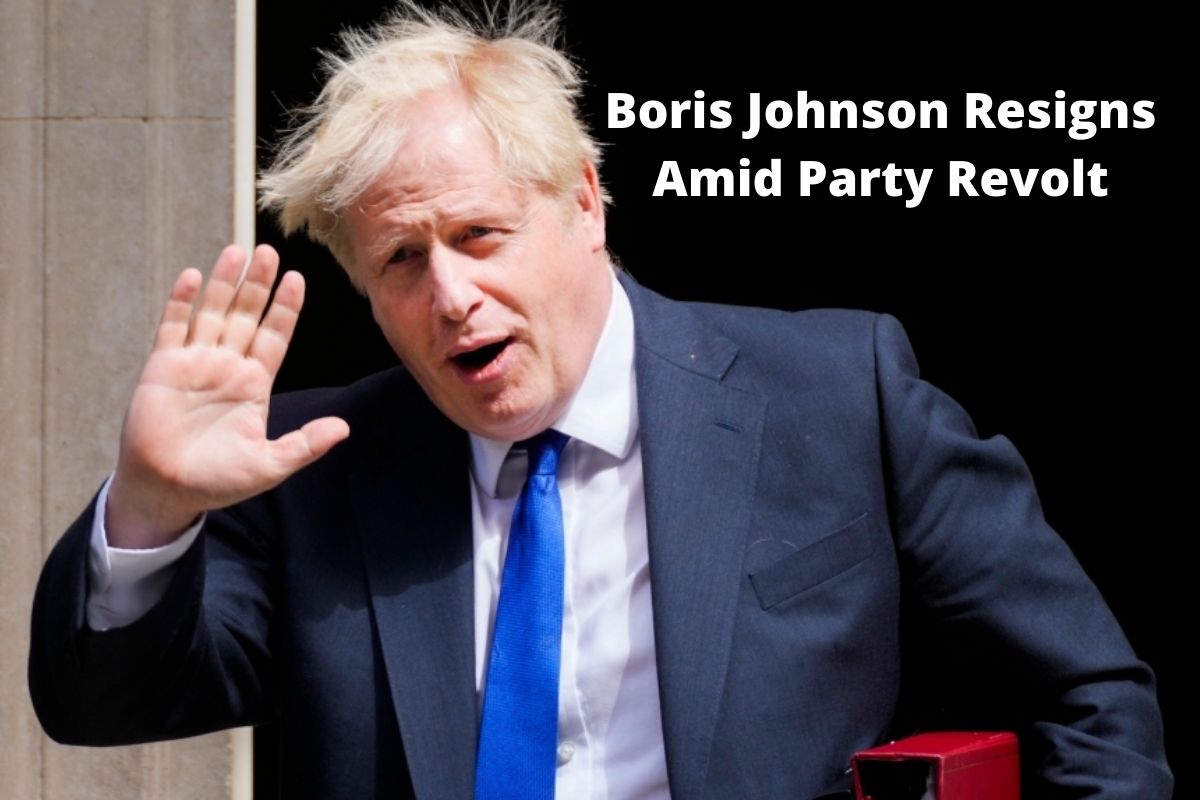 “It is clear now the will of the parliamentary Conservative Party that there should be a new leader of that party and therefore, a new prime minister,” Johnson said.

“The process of choosing that new leader should begin now,” he added, saying the timeline will be announced next week.

In a sign that he is planning to stay in the office for as long as he can, Johnson announced he had appointed a new cabinet “to serve, as I will until a new leader is in place.” Appointing new cabinet ministers means that the government can continue to function as he prepares to depart.

Johnson spoke of his attempts to stay on as a leader and how “painful” it is for him to step down, but made no mention of the scandals that have proved his political downfall.

“In the last few days, I’ve tried to persuade my colleagues that it would be eccentric to change governments when we’re delivering so much… and when the economic scene is so difficult domestically and internationally,” Johnson said.

“I regret not being able to win those arguments, and of course, it hurts not to be able to see through so many ideas and projects myself,” he said, adding that he was proud of “getting Brexit done” and “leading the West in standing up to Putin’s aggression in Ukraine.”

Johnson went on to address voters directly, expressing sadness at stepping down after nearly three years.

“To you, the British public: I know that there will be many people who are relieved and, perhaps, quite a few will also be disappointed,” he said. “And I want you to know how sad I am to be giving up the best job in the world, but them’s the breaks.

In the past few months, Johnson has been involved in several scandals that have caused even his most loyal supporters to leave him. Last week, Johnson’s former deputy chief whip, Chris Pincher, resigned after being accused of groping two men. The way Downing Street handled this was a mess.

Johnson at first tried to ride out the crisis, even though middle-ranking ministers quit the government in a way that had never happened before, he was beaten up at Prime Minister’s Questions, and he was beaten up in front of a committee of senior lawmakers in Parliament. He still said on Wednesday that he wasn’t going to quit.

On Thursday, some of his most loyal friends told him it was time to give up.

UK Foreign Secretary Liz Truss said Johnson had made the “right decision” to resign. “We need calmness and unity now and to keep governing while a new leader is found,” she added.

Greg Clark, newly appointed UK Secretary of State for Levelling Up, Housing and Communities, said that he had a “duty to ensure that the country has a functioning government.”

The leader of the opposition Labour Party, Keir Starmer, said it was “good news for the country” that Johnson had decided to resign, adding that “it should have happened long ago.”

“He was never a good choice for an office. He has been responsible for huge amounts of lies, scandal, and fraud “Starmer said on Twitter.

The leader of the other party also said very bad things about the Conservatives. “They’ve been in charge for the past 12 years. They have caused a lot of damage. Twelve years of no growth in the economy. Twelve years of public services getting worse. Dozens of broken promises, “Starmer said.

“Enough already. We don’t need to change the Tory at the top; we need a real change of government. Britain needs a fresh start.”