US ban from the World Cup: Iranian state media is demanding that the United States be barred from competing in the 2022 World Cup due to a now-deleted social media post in which the United States national soccer team altered an image of the Iranian flag.

The United States Men’s National Soccer Team (USMNT) posted a graphic with a doctored Iranian national flag missing the Islamic Republic emblem, which represents the Islamic saying “There is no god but God” in a now-deleted tweet.

“By posting a distorted image of the flag of the Islamic Republic of #Iran on its official account, the #US football team breached the @FIFAcom charter, for which a 10-game suspension is an appropriate penalty,” Iranian state news agency Tasim wrote in a statement on Sunday. “Team #USA should be kicked out of the #WorldCup2022.”

According to the New York Times, Iran’s soccer federation legal adviser Safia Allah Faghanpour said in a statement to an Iranian news agency that the United States’ refusal to use the Islamic logo on Iran’s national flag is “unethical.” 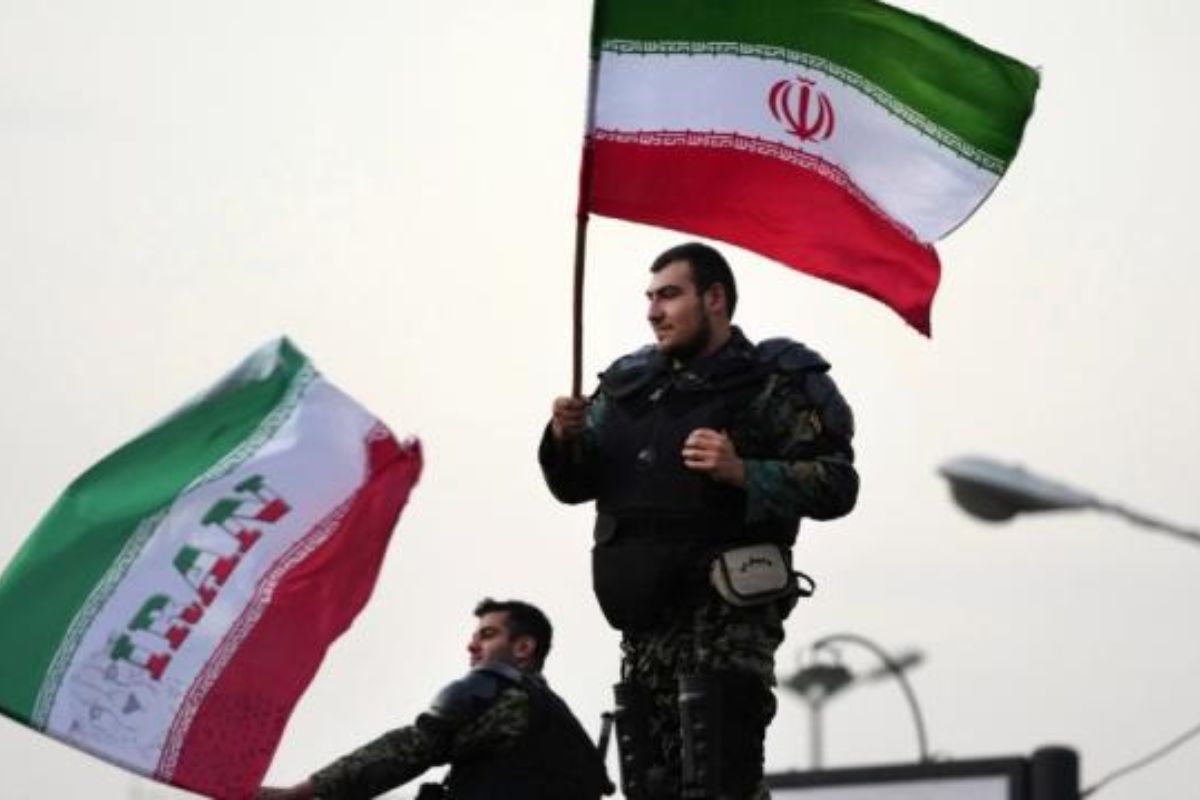 “Respecting a nation’s flag is an accepted international practice that all other nations must emulate,” Faghanpour said in a statement. “The action conducted in relation to the Iranian flag is unethical and against international law.”

In a statement to CNN, the US Soccer Federation said posted the image for a 24-hour span to show support for “the women in Iran fighting for basic human rights.” Images on its social media accounts returned to using the proper Iranian flag by Sunday afternoon. USMNT defenders Tim Ream and Walker Zimmerman told ESPN their coaches and teammates had no prior knowledge of the image.

“I think it’s such a focused group on the task at hand, but at the same time we empathize, and we are firm believers in women’s rights and support them,” Zimmerman said, per ESPN. The U.S. team is set to play Iran in their third Group B match on Tuesday, needing a win to advance to the knockout stage of the 2022 World Cup in Qatar.

The death of Mahsa Amini, a 22-year-old Iranian, has sparked waves of protests in the past few weeks. Iran’s government has used force to stop these protests. Protesters want an end to violence and unfair treatment of women in the country, and in some cases they want the current government to fall.

Amini died in police custody last month. She had been arrested for wearing her hijab wrong, which is against Iran’s strict rules about how women should dress. Amini’s death has also garnered international attention, with countries including the U.S. condemning Iran for its treatment of women and the deadly tactics it has used to disperse demonstrators.

Incredibles 3 Release Date Status, Cast and Everything! And…

Who Is Sheryl Lee Ralph And Everything You Want Know