Solesky told reporters that the gunman probably died from a “self-inflicted gunshot wound.” He also said that the reason for the latest gun violence in the country was not yet known. The shooter was a Chesapeake resident named Andre Bing, who was armed with one handgun and several magazines, according to city officials. Walmart said in a statement that Bing was a team lead for the overnight shift and had worked there since 2010.

An employee named Briana Tyler, who lived through the attack, has talked about how scary it was when the store manager walked into a break room and started shooting. Tyler told ABC’s “Good Morning America” that he didn’t mean to hurt anyone in particular. “He just started shooting all over the break room, and I saw several people drop to the floor, either because they were hit or because they were trying to hide.”

She said the gunman looked right at her and fired but missed by mere inches. “He didn’t say a word, he didn’t say anything at all,” Tyler said. The assault came two days before the quintessential American family holiday Thursday and on the heels of a weekend gun attack at an LGBTQ club in Colorado that killed five people.

And fewer than 10 days before this shooting in Chesapeake, Virginia, three students at the University of Virginia who played on its football team were killed on Nov. 13 by a classmate after a field trip. U.S. President Joe Biden called the attack senseless and said “there are now even more tables across the country that will have empty seats this Thanksgiving.” 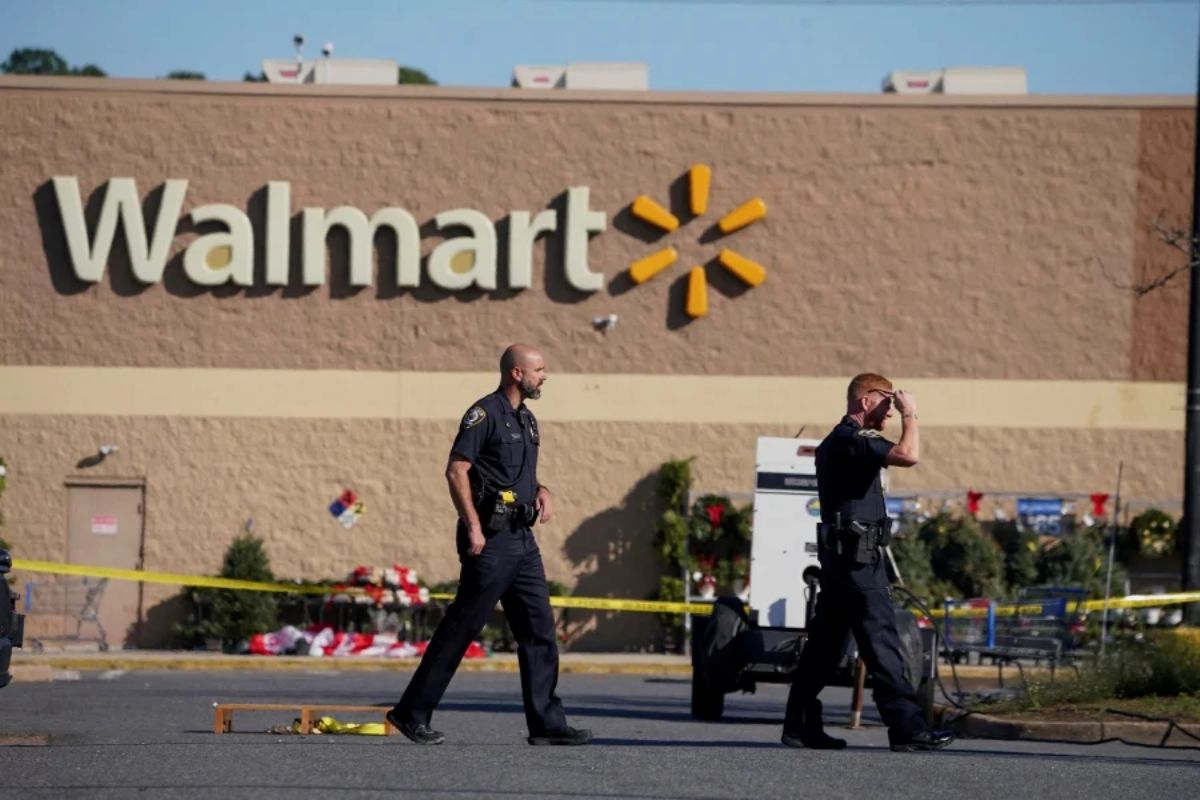 In the Walmart attack, the first calls to 911 were made just after 10 p.m. on Tuesday, while the store was still open. Chesapeake is about 240 km southeast of Washington, the capital of the United States. Officers entered the store a few minutes later, Solesky said. The shooter and two victims were found dead in the break room, while another body was found next to the front of the store, the city said. Three people taken to hospital with gunshot wounds later died. The youngest of the victims was 16 years old, officials said.

Terri Brown was in Walmart but left right before the shooting. She said that the store was full of people shopping for the holidays. Brown told the local ABC station 13NewsNow, “It was very crowded.” “All of the cash registers were very busy. Most of the registers were open. At the self-checkout, there were very long lines.”

On Wednesday, a makeshift memorial of flowers and small white electric candles was set up against a tree in the parking lot of the store. It was taped off as a crime scene. A tree held white, blue, and gold balloons that moved in the wind. Susan Neal Matousek came by the memorial display to “pay my condolences,” she said.

“I couldn’t imagine losing someone right before Thanksgiving,” the 57-year-old retired teacher said. Walmart said in a statement on Wednesday that the company is helping with the investigation by law enforcement and is “focused on doing everything we can to help our employees and their families.”

An advocacy group called Guns Down America has reported that from Jan. 1, 2020, to May 14 of this year there were 448 “gun incidents” and 137 deaths at 12 large national retailers. So far in 2022, the Gun Violence Archive website has tracked more than 600 mass shootings in the United States  defined as an incident with four or more people shot or killed, not including the shooter.

Tyler, the store employee, told ABC that the manager in question had a reputation as a difficult character. “He was the manager to look out for because there was always something going on with him, just having an issue with someone,” she said. “I would’ve never thought he would do something like this.”

Yellowstone Season 5: Everything to Know About the Cast,…