Teddy returns. In the final minutes of the season 4 premiere of Westworld, the adored character turned tragic killer who had died in Season 2 returned in a romantic twist at the end of the show, as always portrayed by James Marsden.

Christina—the new character played by Evan Rachel Wood, who formerly played Dolores—heads out to her balcony after a stressful series of events, including going on a terrible date, witnessing a suicide, and finding a shocking memento from a home intruder. She’s brainstorming an idea for her job as a writer at the gaming company Olympiad Entertainment. The new script, she murmurs, is about a “girl who’s searching.” The girl doesn’t know what she’s searching for yet. She just knows that nothing makes sense and she feels an emptiness in her life. Christina is only certain of one thing: “I want a story with a happy ending.”

Immediately after she says this, the camera reveals a man observing her from the sidewalk, concealed by trees and flanked by a streetlight. Teddy is gorgeously staring up at her as the music crescendos. (It’s a string cover of Lana Del Rey’s “Video Games,” a choice so obvious that it’s humorous before it becomes heartbreaking.)

The episode, a slick, enjoyable slow-burn set seven years after the events of season 3, concludes on this suspenseful note, without answering any significant issues regarding Teddy’s reappearance. Although the premiere dispelled rumors that Teddy was the mystery man Christina was spotted on a date with in an early season 4 teaser, Christina’s roommate, played by Ariana DeBose, hooked her up with a jerk to make her more social. Even though Teddy is not seen until the end of the episode, there is a point in the pilot where it appears he is ready to reappear. Peter had been pursuing Christina during the entire show (Aaron Stanford). One night, around three-quarters of the way through the program, he follows her home and attacks her. She fights him off for a while until a mysterious man saves her and beats Peter. However, both men vanish before Christina can get a good look at him. It is never confirmed, but it seems likely that Teddy was responsible. 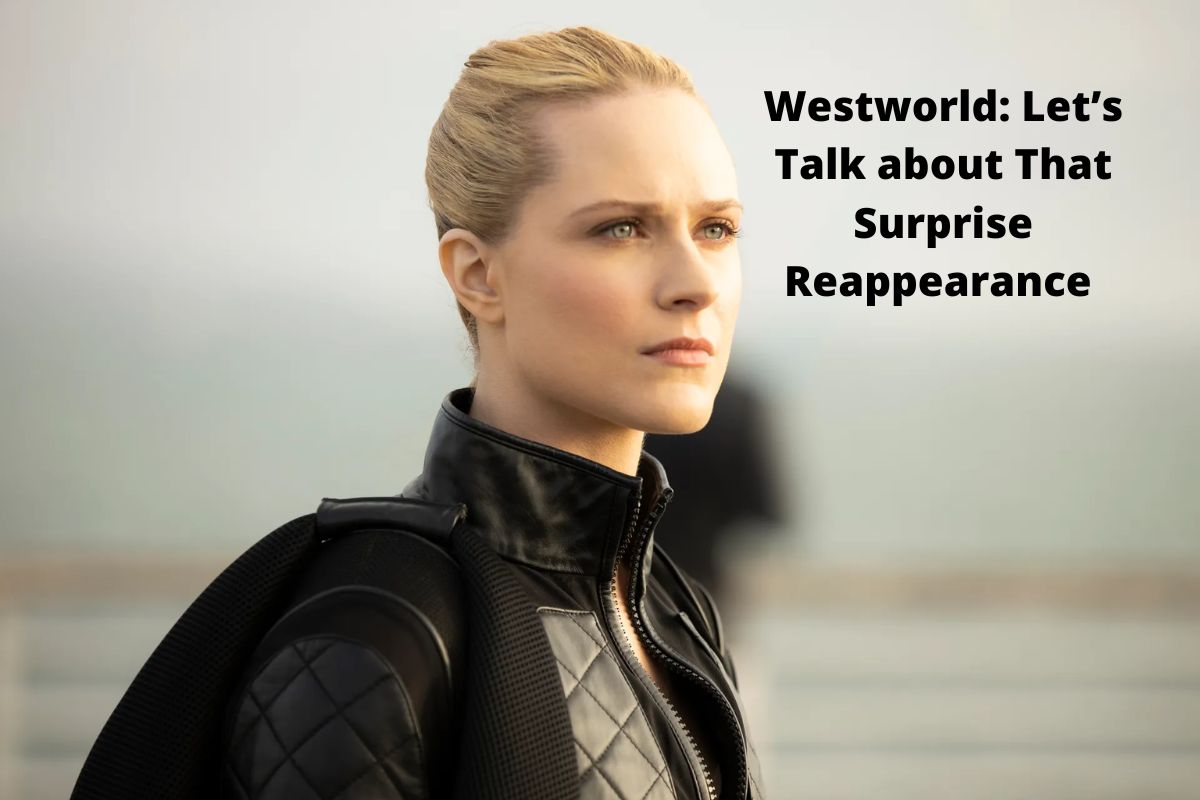 Given that Dolores uploaded Teddy’s pearl (a.k.a. robot brain) to the Valley Beyond, Teddy’s reappearance at any time in the series was a distinct possibility. When Marsden made a surprise cameo at Westworld’s ATX Festival panel in June, Teddy’s return was also confirmed outside of the show’s logic. Instead of revealing specific details about his character’s activities in season 4 of the popular sci-fi series, he provided general hints about the plot.

“The themes of exploring human urges of violence and things like that are going to continue,” he said, per Entertainment Weekly. “And this season maybe we explore what the world looks like after Dolores set the humans and the robots free. Are they going to cooperate or are they going to vie for control? What happens when they vie for control? Will the hosts inherit these urges of violence? Some of the basic things that we continue to explore on this show, and definitely in season 4—we ask a lot of those questions. What happens next?”

So, what is next for Teddy? The last time we saw him in season 2, Dolores had programmed him to become a killer for the host rebellion. After a while, Teddy couldn’t take it anymore, killing himself to escape the violence. He doesn’t appear at all in season 3. The season 4 premiere reintroduces him on a tender note, hinting that he and Christina will come face to face even sooner than we think.

Phillies Beat the Padres 8-5 Despite the Absence of Bryce Harper!

Twin Star Exorcists Season 2: Everything You Need to Know!